F1 Quals: Japan 2015 Well, if you're going to end a session, that's certainly an interesting way to do it!  Here's a look at the provisional grid for the 2015 Grand Prix of Japan:


No huge shock that Mercedes is back on top of the charts.  Only a very, very minor shock that it's Rosberg, not Hamilton that's on pole.  The two of them had a fantastic battle shaping up, trading fast sectors back and forth.  On their penultimate flying laps, Hamilton was slightly scruffy, making it clear that if he could clean up his lap just a little, he'd have pole.  Then, with one minute left in Q3, this happened: 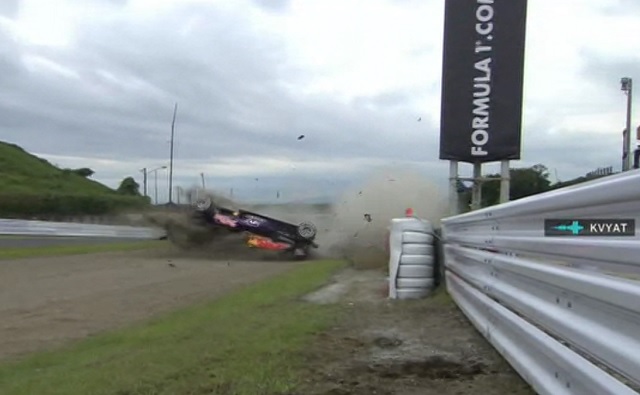 Just short of Turn 10 Kid Kyval dropped a tire onto the grass, hit the wall, and then his Red Bull dug into the kittylitter.  He actually performed a full roll while airborne, then came to rest right-side up.  The driver was totally unhurt.  However, his attempt at a barrel roll (really, closer to an aileron roll) brought out the red flags with about 40 seconds left in the session.  Since that meant that there was no way for someone to exit the pits and cross the starting line in the time remaining once the session restarted, Q3 was deemed complete and Rosberg the polesitter.

Similarly, Embryo Verstappen suffered electrical failure towards the end of Q1.  While that only brought out yellow flags, that still put paid to many attempts to improve lap times, including Manor's American Rossi.  Indeed, his extant time is so slow (some 14 seconds off the pace) that he will race at the discretion of the stewards.  Normally that's a mere formality, but since Rossi is a new driver, it may not be as cut and dried as normal.  We'll find out eventually.

You may have noticed those two McLaren fans in the earlier post.  It naturally almost goes without saying that the DRS feature of those rear wings DOES function, the top wing flap opening and closing.  Oh, those wacky, F1-crazy Japanese fans... 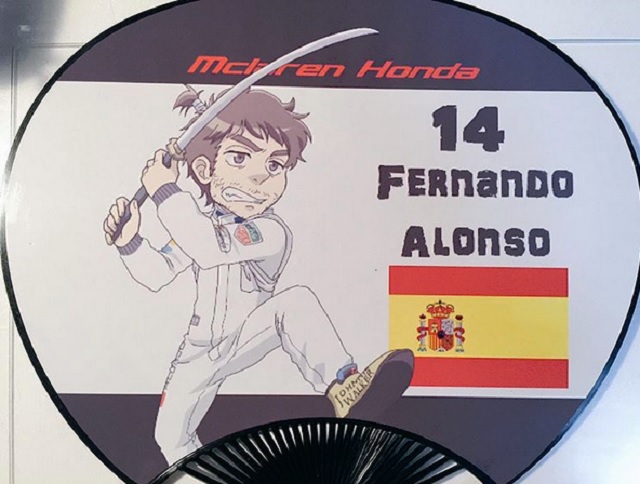 Race coming in about 20 hours.  F1U! sometime thereafter.  See ya then!