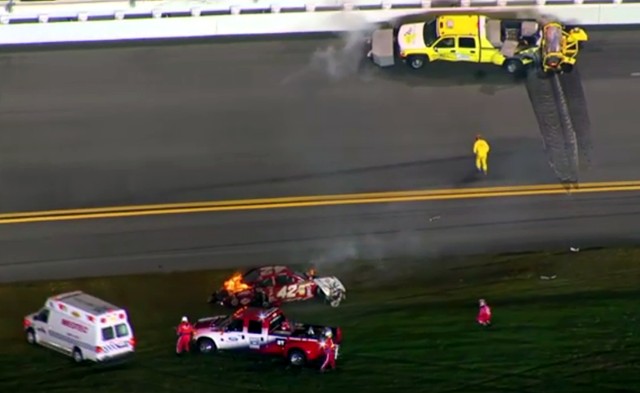 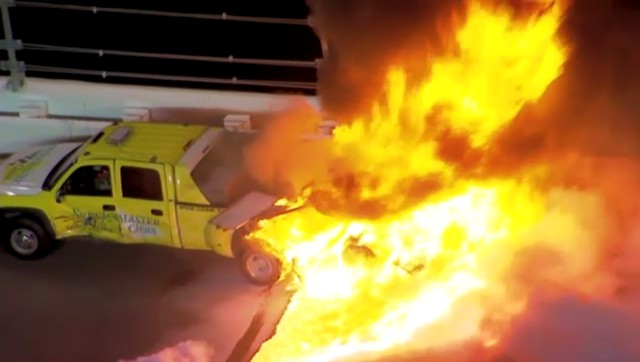 200 gallons of jet fuel and an oversized tank of diesel went up.  The fire stretched all the way down the 31Â° banking.  The emergency crews began to use fire extinguishers to try and contain the blaze, but they sure didn't do much.  The explosion that followed threw up a fireball that was dramatic but pretty localized.  Then the heavy equipment showed up, both on the infield and outside the catch fence. 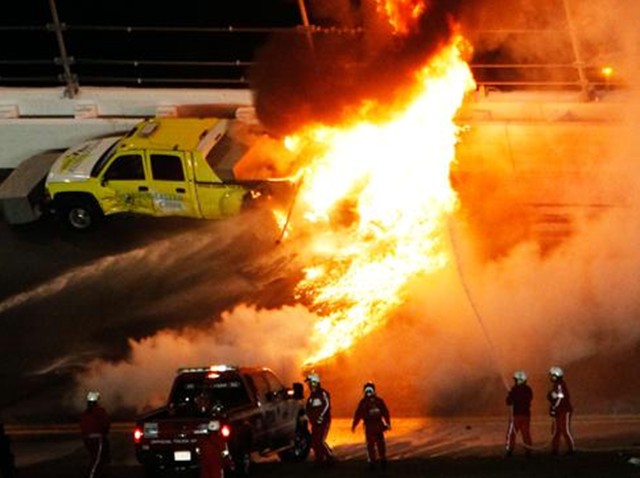