F1 Quals: Abu Dhabi 2016 With tomorrow's race deciding all the marbles, its down to just two... Lewis Hamilton and Nico Rosberg.  Rosberg has the points advantage, and knows that as long as he's on the podium, he wins no matter what Hamilton does.  What does Hamilton have going for him?  Here's the provisional grid for the 2016 Grand Prix of Abu Dhabi:


Right, he's got pole.  That's not an insubstantial thing around a track that's relatively difficult to pass upon.  But in many ways, it doesn't matter what Hamilton does.  He could win by 95 seconds over the next closest driver, and as long as Rosberg is third he wins the championship.

So who's the pressure on?  I'm leaning towards Rosberg.  He knows his destiny is in his own hands.  If he screws it up, it's all on him.  I almost wonder if he'll be driving nervous, and thereby making everything worse for him...

Race is tomorrow morning, we'll find out how things work out then.  See ya soon!

F1 on TV: Abu Dhabi 2016 Instead of clicking "save" on the original version of this post, which would then allow you, my readers, to actually read it, I instead clicked "view site."  While this gave me a wonderful view of my front page, it didn't do a thing for the post, which immediately disappeared into the same place that your other sock goes to.  As a result, you're getting this for a preview for the final Grand Prix of the season, the Grand Prix of Abu Dhabi.

That's the track.  It's very safe, with lots and lots of run-off area.  It's also quite dull, with practically no place to pass in the first and third sectors, and since the second sector has both DRS zones, anybody who makes a pass in the first will likely be passed by the victim in the second. 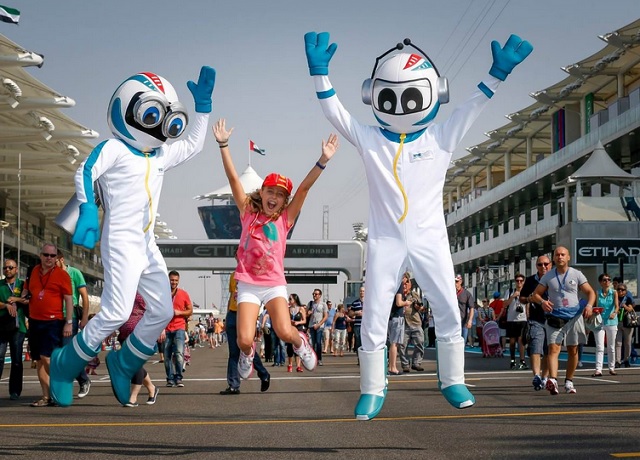 What the hell are those? 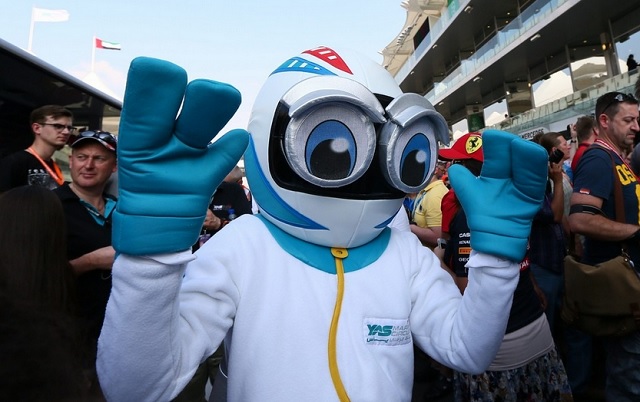 All times Pond Central... but after all these years, you should know that by now.  Of course, the final F1Update! of the 2016 season will meander its way to you sometime after the race.  See ya then!

1 Is it just me or is that track really... blocky-looking? (Also a bit like an alien handgun, but hey.)

2 Nope, it's not just you.  It's those stupid right-angle turns that make Sector 3 such a nightmare to race on.

And I've noticed the "alien tentaclegun" similarity too...

3 The championship is up for grabs but somehow I can't really make myself worry about it. Both guys are in cars that can expect to finish 2nd from a

F1 Quals: Brazil 2016 It was a gray day in SÃ£o Paulo, breezy, cool, nothing like the weather there on Friday: sunny and hot.  But today brought with it something extra, something that made it perfect for F1 fans: rain.  It hadn't occurred yet, but there was threat of deluge hanging over the day's proceedings, and wouldn't *that* throw a spanner in the works?  Particularly with pole being potentially all-important in the race for the Championship between teammates Nico Rosberg and Lewis Hamilton.  So, what happened?  Here's the provisional grid for the 2016 Grand Prix of Brazil:


While it was Hamilton who got the pole, it wasn't without effort.  In Q3, Rosberg was last on track, so Lewis had to go fast and hope for the best.  His second run improved his already blazingly quick time, and a good thing too, for Rosberg did the same... and beat Hamilton's old time.  As it was, the championship leader is about 1/10th of a second behind... and over a half-second faster than anybody else.  Hamilton must finish ahead of Rosberg for the championship to reach Abu Dhabi... any other result means Rosberg is the 2016 Driver's Champion.

Of other points of interest, I'm beginning to wonder if Jenson Button actually stopped driving a couple-three races ago.  When your teammate is easily making Q3 but you can't get out of Q1, well, sooner or later it ain't the car's fault.  Which is a damn shame, because I really like Button.  Ah well.

Race is tomorrow morning, at a decent time no less... F1U! afterwards.  See ya then, then!

1 Off Topic, but today I went to see Doctor Strange, which gave me another chance to go to the Daiso store in the mall. Alas, there were no Suction Ducks to be had. I'm sorry I missed that opportunity.

F1 on NBCSN: Brazil 2016 I have made a decision.  Other than this sentence, I am not going to mention how much I despise the circuit for the 2016 Grand Prix of Brazil, Interlagos, and have for quite some time.  Let's take a look at the track map, shall we?

This place has given us some remarkable season-ending races in the past, and a victory by Nico Rosberg this weekend wraps up the Drivers Championship (there are other scenarios where he closes the contest, but that's the most likely one).  One aspect of this race that should prove to be quite dramatic is that this is Felipe Retired Massa's last home race... almost literally in his case, as he grew up very close indeed to the circuit... since he's retiring at the end of the season.  An interesting career, his... so close to winning the Championship in 2008, then came the spring to the helmet the following year, and he never quite seemed the same afterwards.  Ah well.

Of course, all times are Pond Central, and make sure you doublecheck them... what with the timechange, I'm not even sure what my name is, let alone what the time race happens.  F1U! will come along sometime after the race, of course.  See ya then!