F1 Quals: Bahrain 2015 Pretty night at Sakhir tonight as the F1 Circus gets ready for tomorrow's race, but who's going to be leading the horde towards Turn 1 when the lights go out?  Here's the provisional grid:


The same "Big Six" as we've come to expect, just a little scrambled.  Actually, Vettel was the polesitter right up until the very last moment.  Unsurprisingly, Hamilton nailed him on his last attempt, and to be honest there was a sense of inevitability to the proceedings.  Of COURSE Lewis Hamilton was going to be on pole.  No, it doesn't matter than his car is on fire and he's only got two tires, he'll still be faster.

One nice thing to see is that McLaren appears to have begun their long trek out of the darkness, at least kinda.  Jenson Button had an engine failure before he could set an actual qualifying time, and races at the Steward's whim.  However!  HWMODBNA got his valiant steed out of Q1 and firmly into Q2.  Reliability is still an issue obviously, but the signs are there: they're picking up about a second per lap ever race.  Again, this is the easy stuff they're doing.  Analogy time!  When painting a wall, it's a cinch to slather the big areas and cover dozens of square feet at a time.  Things start to slow down, though, when you're painting the baseboards and the moulding and around the electrical outlets.  It's those details that make the wall look good when you're done... and it's the little details that take a F1 car from the midpack to join the big guys.

The race is in the morning, 10am Pond Central time... you bring the bagels, I'll have the cold pizza ready.  See ya then!

1 "HWMODBNA?" I missed the introduction of the new acronym.

2 Dangit, can't find the race to watch on Charter. Can't wait for the write up! 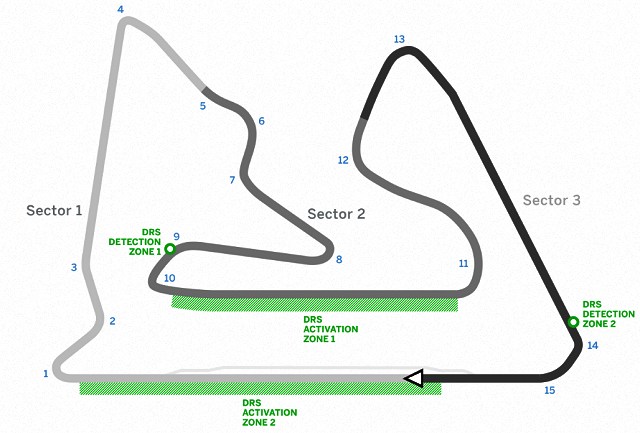 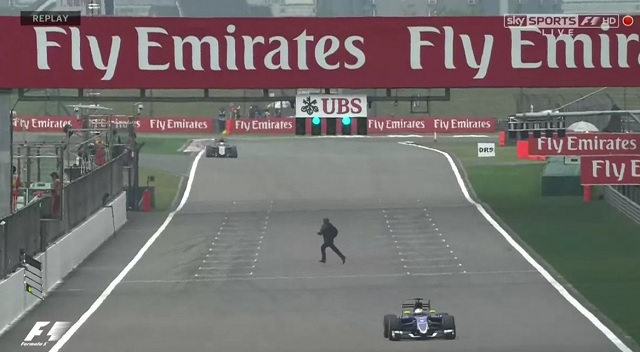 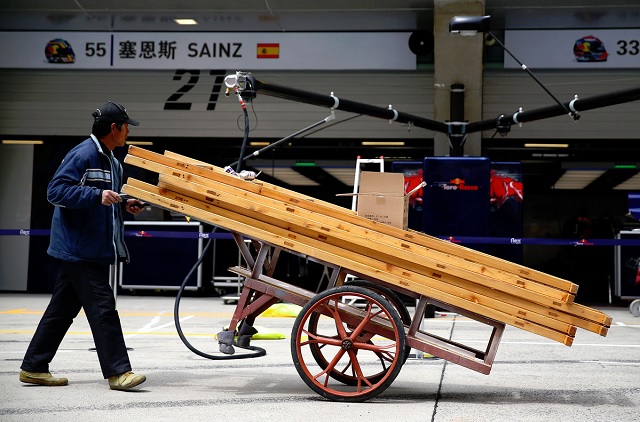 F1 on NBCSN: China After a relatively surprising result in Malaysia, the Formula 1 Circus has bundled itself up and traipsed its way across the South China Sea to find itself in Shanghai, home of the 2015 Grand Prix of China.  Let's take a look at the track map, shall we?  Yes, let's! 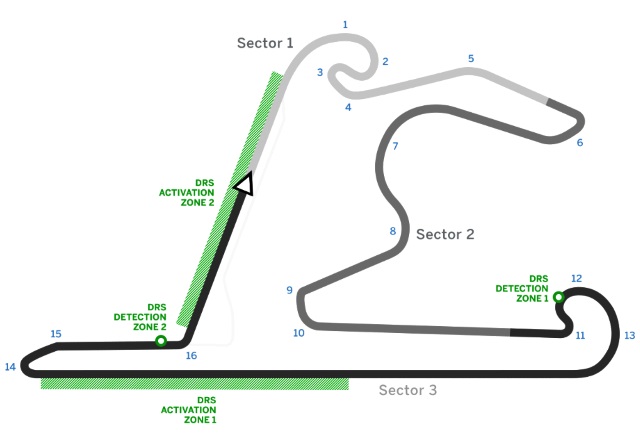 Well, one thing's for sure: it hasn't changed.  It's still smoggy, it's still shaped like the Chinese symbol shang, meaning "arise", it's still a Tilkedrome.  It's more likely to cough up a good race than any other Tilkedrome, true, but that's nothing to hang on your wall proudly.  Throw in the perceived dominance of Mercedes and I find myself staring at the schedule and wondering just what I'm doing with my life.   I mean, besides "nothing".

All times are Pond Central, of course, but please check your schedule, just to be sure we've got the times listed right.  Seriously, Zap2It is a clumsy, awkward, sloppy little piece of moldy cheese of a TV listing software, and I trust it about as far as I can spit an eatanter.  And for the record, I can't spit an eatanter at all... the tail keeps getting snagged.

In other F1 news, Red Bull has stopped whining about Mercedes' so-called engine domination.  Now team principal Christian Horner is calling for a wind tunnel ban.  Given his track record on this sort of stuff, I can only assume that Red Bull is having technical troubles with their wind tunnel.  Either that or they hate the thought of Haas F1 having the best automotive wind tunnel in the world at their beck and call.  Maybe both, who knows?   I'm not even sure Horner knows.  Red Bull is talking about getting out of the sport altogether, Toro Rosso is on the verge of becoming a Renault tean... maybe we can get a team that's concerned about racing on the track, instead of a team that's a marketing tool first, and then a racing team.

Rant over.  Everybody back on your heads.

1 Maybe try flipping the eatanter around in your mouth and spitting tail first?

2 Well, that way I have less eatanter hanging out of my mouth.  Improvement!

3 I get the feeling the chickens are coming home to roost over at Red Bull in general... the heyday of being The Brand Most Associated With X-Treem Sports is kind of fading now, and shareholders are probably asking, "We're still spending beau-coup bucks on what, exactly?" With the Baumgartner jump and the winning F1 season(s) behind them, relevance is fading and at that point budgets start to tighten.

Just a guess, though. It's not as if I follow Red Bull's fortunes all that closely.

i am a very big formula 1 fan. wwhich is why i got my assignments done with the help of the bestessays just so i could be a part of the people to be able to actually watch it. thanks for posting