The FIA Does It Again. McLaren's appeal on the cool fuel controversy in Brazil has been heard, and the FIA has very, very quietly announced their verdict.

It seemed like a relatively simple question: did BMW and Williams have fuel that was more than 10 C. below the ambient air temperature, or not?  If yes, why didn't the stewards penalize the teams?  If no, why did the gauges used report that the fuel WAS too cool in the first place?  Certainly the results of this simple question could have far-reaching ramifications, but at it's core, it's a basic "yes/no" answer.

But this is the FIA we're talking about here.  They've invented new ways to screw up for fifty years, and they didn't disappoint today.  After hearing the case presented to them (and listening to a Ferrari lawyer shred McLaren for an extended period... and just what was Ferrari doing there anyway?  They weren't involved in the actual question...), over the course of a full day, and delaying the release of the verdict until Friday night London time, the four-judge court of appeals came out and said "the appeal is inadmissible, we shouldn't've been hearing this case in the first place.  Appeal denied on procedural grounds."

In other words, nothing to see here, move along.

Except it's more than that, of course.  This is the FIA's way of sweeping the entire mess under the rug and putting a chair over the unsightly lump.  It solves nothing, and just makes Team McLaren even more sympathetic, as now it looks like the FIA is just playing with them.  They have a legit complaint, and they're turning it away because the team didn't fill out the correct paperwork?

Ridiculous.  Don't expect this to end anytime soon, either.  Next season's going to be a nightmare of charges, claims and allegations, mark my words.

1 Is there any possibility of appeal? For instance, could McLaren take this to the courts?

OJ Simpson could use that bunch of lawyers.

Is there actually a rule book in FIA, or do they just make it up as they go along?

Mallory, there IS a rulebook!  I have a pdf copy of it... I'm just not sure that the FIA does.

Steven, it's not entirely unheard of.  The problem is, the FIA is a sporting independent entity, and, like baseball or football, has their own rules... including rules saying that the various teams have to abide by the FIA rulings.  The previous civil cases relating to F1 have all been specifically between teams (like Ferrari and McLaren in Italian court this year), not between a team and the FIA.

It'd be like the St. Louis Cardinals suing MLB; I guess it could be done, but I can't imagine under what circumstances it would occur... and there's nothing preventing the FIA from kicking a team out of F1 altogether if it felt like it.

One Leaves, One Returns Biggish news on the F1 front recently, as two teams change leaders... and the names are big.  REALLY big.

As has long been expected, Ferrari gave Jean Todt the heave-ho.  Near as I can tell, there's no visible reason for it.  It's not like the team underperformed while he was in charge, after all.  My guess, and this is only a guess, is that it was time to return Scuderia Ferrari to Italian command.  The surprise in my eyes is that the team allowed him to sign Felipe Massa to a three-year deal, particularly with Alonso still floating out there.  That might be one reason why Todt was let go.

Todt's old running-mate, Ross Brawn, has been on sabbatical for the past year.  Instead of returning to Ferrari as their team principal, like he'd hoped for, he's returning as Honda's boss.  It makes sense.  One, Honda is a particularly British team (despite the name, the team is based near Silverstone), and Brawn is a Brit as well.  Two, after their dismal season, which was caused by a miserable car design, they desperately need a good tech wonk, and there's probably none better.  Three, maybe the hulking Brawn can kick some life into Jensen Button, who's win at Hungary in 2006 is looking more and more like a fluke.

One leaves, perhaps for good.  The other returns, probably for a long while.

At least we won't have to wonder about Todt's sweater anymore.

Towards the end of the F1 season, they were talking about Jean Todt moving up to the FIA "home office."  Is that not going to happen?

With Ross Braun, Honda ought to see a big improvement.   :-)

My Stars and Garters... On December 6th, 2007, there is going to be another meeting of the WMSC.  Unlike last time, when McLaren was fined $100 million dollars and excluded from Constructor's Championship points despite a large lack of concrete evidence, this time around it appears that there might just be some proof involved.

Except it's not McLaren on the chopping block.  It's Renault. 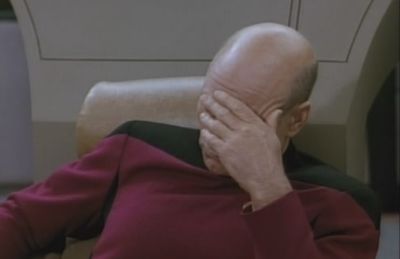 The FIA is seriously up a creek now.  With their ham-handed evisceration of McLaren, they set a precedent that they now have to live up to: exclusion and severe fining of Renault upon guilt.  Please note that this means that there's quite a good chance that they could have their 2006 Constructor's Championship revoked.  I wonder if anybody in the FIA noticed that Ferrari was second that year?  "Gosh, really?  Hm, fancy that."

Here's what it comes down to: if Renault is found to have had all that data in their possession (and there was a 'raid' on their HQ by FIA investigators recently), they can either penalize the team... or they can turn a blind eye to it.  They do the former, and they damage the sport.  They do the latter, and they kill the sport's credibility altogether.

If the latter does occur, McLaren is going to scream bloody murder, and the lawsuits will fly thicker than a Minnesota snowstorm... and y'know what?  They'd be right to do so.

Duck and cover, lads.  It's gonna be a long couple of months.

The first thing that came to mind was:  "Can't we all just get along?"

(After that whopping fine and the revokation of their constructor's points, I hope McLaren lands on all concerned with both feet.)

2 I think there's a degree of justice in this, of nemesis coming after hubris. At this point I don't see how the sport can avoid taking a few hits below the waterline.

McLaren Launches HWMNBN In a move that surprises maybe three people living on Pitcairn Island, McLaren officially announced that HWMNBN would not be driving for them in 2008.  They also announced that the sky is blue, grass is green, and water is wet.

Speaking for the team, Ron Dennis said that he wished HWMNBN all the luck in the world and presented him with the keys to a new McLaren F1 supercar.  He went on to say that the strange ticking sound emanating from the glovebox was 'nothing to be concerned about, nothing at all,' and walked away, whistling tunelessly.

HWMNBN responded by reflexively attempting to shove a Spyderco Harpy in Dennis' back.  Repeatedly.

It remains to be seen who HWMNBN will be driving for next year, or who will join McLaren as Lewis Hamilton's teammate.

In a just and fair world, HWMNBN would end up in a ForceIndia*.  Or working at the Valencia McDonalds.  Or ARCA/REMAX.  We can only hope.


*note: was Spyker, Midland, and Jordan.  Insert your own joke here.

I think Hamilton should be up for a Nobel Peace Prize for resisting the urge to punch Alonso's lights out.

Buh-bye and I hope the door to the McLaren garage didn't hit him in the backside.

I agree...Hamilton should win the peace prize for putting up with that spoiled brat of a teammate and doing it with grace.