F1 Pr0n: First Look Okay friends, here's the deal.  The first of the 2017 F1 cars rolled out today, with Sauber and Renault going all jamonit and stuff.  Normally this would be cause for celebrations and my calling for the finest of meats and cheeses.  But not tonight, for tonight my knee hurts, my head hurts, I'm stupidly tired, and work is bad.

Which doesn't mean I'm going to leave y'all empty-handed.  Oh no, no indeed, because the cars look bloody wonderful this year thanks to the new aero rules.  Wide tires, every wing swept like a late '60s jet fighter, a return to the low wide rear wing... the cars look like Matchbox designed 'em.  And before you ask, yes, this is a great thing!  So while I go and get myself out of this funk*, here's a picture of the new Sauber C36!

I need both a cigarette and a cold shower.  Maybe at the same time.

* That Parliament video was actually shot during a Red Bull design meeting.

1 Ooooh, that does look nice.

Also thank you for grooving up the joint with those YouTube links. Sorry about the general misery levels, tho'.

2 And look at the pretty colors!  No, seriously.  'Duck, I remember you noting a couple of years ago or so how almost every car was either black or silver.  It's nice to see that teams are returning to using more of the palette and trying to make their cars look distinctive again.  The Sauber above is very handsome.

If you don't mind answering an off-topic question, I understand that Toro Rosso is Red Bull's junior team, if you will.  Does Red Bull...well...intentionally hamstring TR, for lack of a better term, in terms of how they run the team, in order to keep them a permanent mid- or backmarker for driver development, or do they actually expect them to have some level of success, even just the occasional podium every now and then?  I'm actually kind of surprised that syndicate ownership is allowed at the highest level of any major sport in this day and age.  That kind of thing significantly damaged the National League back in the 1890s, and has been outlawed in MLB since.

3 Oh, I do hope that's the racing livery.  That is a pretty, pretty car.

4 Tom, I wouldn't say they go out of their way to hamstring STR, but they don't fund the team at the level that would be necessary for them to become a race- or championship-winning team.  They are a driver-development team and there's simply no reason to fund them at higher than a mid-field level.

In theory it would be nice to have 12 teams all working their hardest to win championships. In reality, F1 has a hard enough time keeping 10 teams on the grid, so it's good that STR is there to help make up the numbers.  Besides, they've provided a route into the sport for some of the most talented young drivers in recent years, while independent backmarkers like Sauber are more interested in drivers with the biggest checkbooks.

F1 News: To The Manor Born 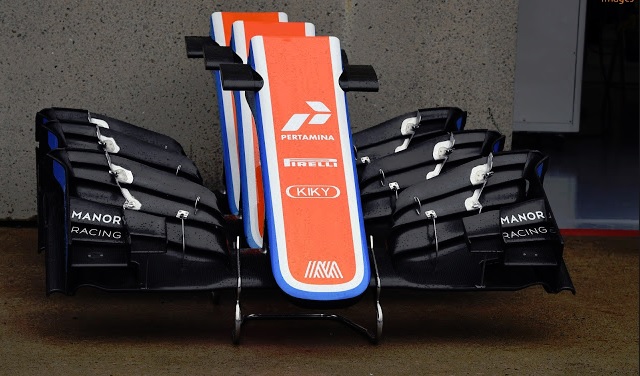 Manor F1, the last of the four "Class of 2010" teams, has pulled down the garage doors for the last time.  The cash-strapped team, running on a shoestring and a prayer for the past couple of years, has been desperately looking for a buyer since the end of the 2016 season.  There was no white knight to be found, and the active staff was apparently let go on the last day of January.  Interestingly, while the team is gone, the company that holds Manor's rights to race in F1 is still alive.  In theory, they could field a team or sell the rights off to another (approved) race group.  In practice, it's a moot point as there currently aren't any approved applicants out there. 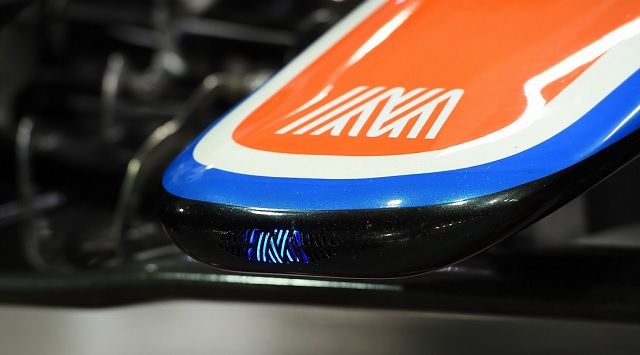 Manor lasted for seven seasons, scoring a total of three points: two in 2014 and 2016.  Sadly, the team had two of its drivers suffer major head injuries and pass away: Maria DeVillota during testing and Jules Bianchi during the 2014 Grand Prix of Japan.  This team was supposed to be the one that changed how F1 cars were designed; under the Virgin F1 banner, the VR01 and MVR02 chassis were created and tested solely via computer.  No wind tunnel tests were needed, they said.  Computational Fluid Dynamic testing dominated the designs for the first four years, with the best result being a freak 13th place at the 2013 Malaysian Grand Prix after many cars retired from that race.  The next design, the MR03 in 2014 and the MR03b in 2015, showed some promise with a 9th place finish at Monaco in 2014.  But then money issues reared their ugly head and 2016s MRT05 was a legitimate disappointment; it scored but a single point despite running the dominating Mercedes engine.  This failure put the team 11th for the season, where they received no championship payout from the FIA and ultimately doomed the team. 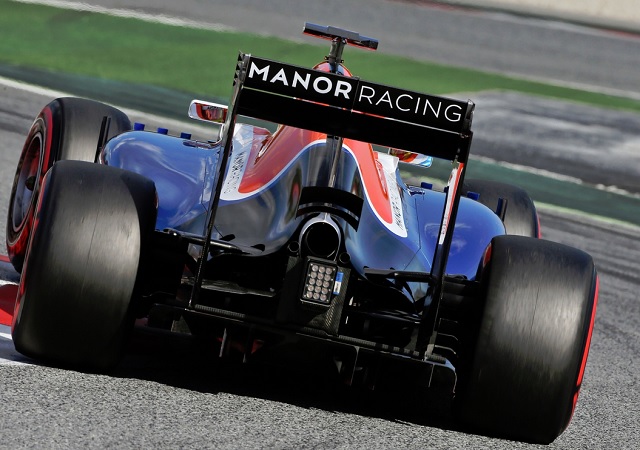 In the end, it was hard not to root for Manor.  They legitimately tried very hard to make a go of it and were obviously quite devoted racers.  They outlasted HRT and Lotus/Caterham (and USF1, but that's another story) by a few years... with a bit of luck, they could have become as much a fixture on the grid as any team.  In a few years, people will be looking back at their final car and realize just how gorgeous it was. 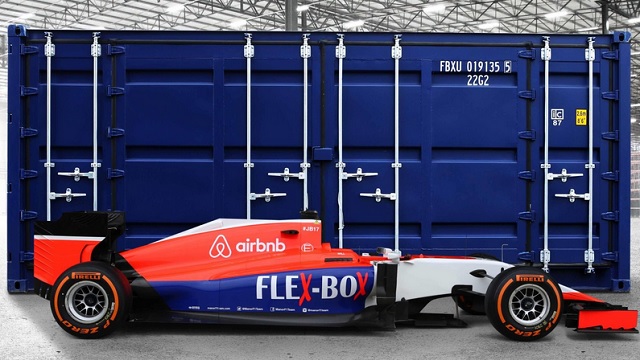 Pre-season rollouts are just a couple of weeks away.  Sadly, Manor will not be one of them.

1 Interesting data point for the "designed solely by computer" mindset, isn't it? Still, a shame to see a valiant effort come to an end like that.

2 GD, it really is.  Either computers aren't powerful enough... and Virgin/Marussia had far and away the most powerful computer system in F1, the 10th largest supercomputer in the UK, and the 230th most powerful in the world... or the software wasn't sophisticated enough to simulate all the airflow over a F1 car at speed.

Other teams use CFD, sure, but they augment it with a LOT of wind-tunnel testing.  In theory, HaasF1 has a huge advantage over the other teams because... well, hell, they have open access to the world's best rolling-road wind tunnel, which is owned by Haas.  There's FIA-imposed limits on how much wind tunnel time you can do, but... well.

3 Will the remaining teams be enough to fill up the grid?

Unless Sauber goes under, of course... 18 cars starts to look a little... sparse.

5 I'm still irked at Sauber for their contract-breaking four-drivers-two-cars fiasco.  The fact that they basically killed Manor by finishing 10th last year has not done anything to endear them to me.  If any team had to fold, it should've been Sauber.  And to think, I used to like them, as recently as the Kobayashi-Perez days.

6 Sauber under Peter Sauber was great, the plucky lil' team what could.  Sauber under Monisha Kaltenborn seems to be slightly rudderless.

7 Why is it that F1 teams only get 8 days of testing prior to the season?  I don't know, maybe that's as many as they need, but considering everything that goes into an F1 season for a team, it seems like a pitifully short amount of time to properly prepare a car and team for a new campaign.

8 It's a financial thing, Tom.  Back when I started writing about F1, you had unlimited testing all year round.  That's one of the reasons Ferrari was so good back then: unlimited fundage, their own circuit across the street from their factory, and the best driver in the world that was willing to turn lap after lap after lap without complaint.

Slappy Schumacher ran over 81000km in his F1 races.  He would have done AT LEAST that amount in testing as well.

Anyway, clearly not every team could do that, and realistically Ferrari could only do it because they were the most popular race team in the world and had merchandising sales that could subsidize such stuff.

Given their choice, the teams would run as much as they could.  It's not uncommon for there to be complaints about testing, in fact.

In this particular case, however, I agree with the FIA's decision to limit testing.  As is normal for the FIA, they've gone too far in their limiting, but balancing the testing playing field is a valid idea.

9 Understood, thanks 'duck.  As you say though, they're gone too far in their limiting, so hopefully this is an issue new management looks at and maybe loosens up a bit.  Well, obviously, they'll have bigger fish to fry initially, but eventually.