F1 Quals: Australia 2019
The first race of a new year is always interesting.  Not just because Australia's circuit is rather radically different from most other on the calendar, but because hey!  We've got F1 again!  And nobody really knows what's in line for the year.  Preseason testing didn't tell us anything we didn't already suspect (Mercedes and Ferrari are fast.  Williams is not.), but you can never quite trusttesting results.  SO the first qualifying session is where we finally get to see what's what... and here's the provisional grid for the 2019 Australian Grand Prix:
People honestly believed that the field had actually began to catch Mercedes.  I mean, just look at those Q1 numbers: the first 15 cars were covered by less than a half-second, and the top 18 by less than one second.  Now THAT'd be a season!  Instead, everything changed when Merc kicked in their "party mode" and the cars became just that much faster.
Notable performances?  No question but that rookie F1 driver Lando Calrissian stole the show, dragging his McLaren into Q3.  The kid's like, 12 years old, but he can drive.  At the other end of hte spectrum we find... Williams.  Oy, what a disaster this is shaping up to be for the legendary house that Frank built.  They missed part of pre-season testing because htey couldn't pass the mandatory crash testing, they had to redesign part of the car because the old parts might not have passed scruitineering... all this from a team that has over 800 people working for them, including some of England's best engineers.  And even they get it all wrong sometimes.
Race is in a few hours, F1U! sometime thereafter... in some format.  See ya then!

Charlie Whiting 1952 - 2019 Just before the start of the 2019 season, the Formula 1 world has suffered a terrible loss.  On Thursday, Race Director Charlie Whiting passed away from a pulmonary embolism.  He was 66. 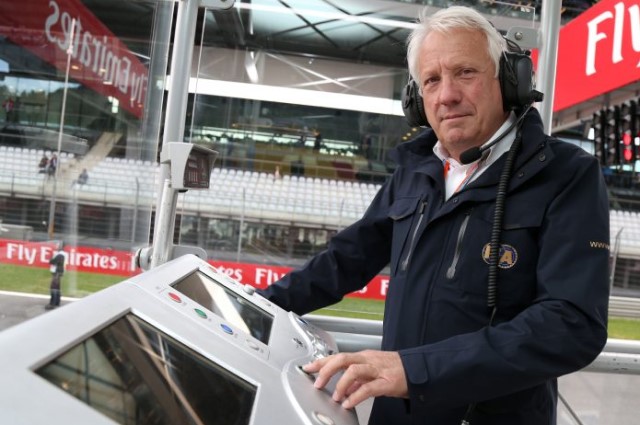 Whiting was the go-to guy for any team complaints during a race, but he also oversaw everything on the tech side of the sport.  A new track could not be certified as a Grade 1 (suitable for F1) circuit without his final approval.  His was the call to stop a race, or to resume racing, during weather incidents.  In many ways, he did not just know the rulebook, he wrote it.  He was a tireless crusader for car and driver safety, presiding over the addition of both the HANS device and the new HALO system.  The combination of him and Sid Watkins did much to keep drivers alive and in one piece.
Despite such power in the sport, all reports say that he was very much just a guy who loved Formula 1.  However, he very rarely gave interviews so the fans didn't really know him.  Look, this is the sort of person he was: he loved the "Fake Charlie Whiting" twitter account.  It was a very gentle satire of the subject, but really made fun of the sport more than anything else.  In fact, he liked the account so much, he met the person behind it many times and had many e-mail exchanges with him.  I have a hard time seeing, say, Jean Todt, do the same.
As far as what this means for the race weekend, and the upcoming season as a whole, former V8 Supercars deputy race director Michael Masi will be filling in this weekend.  I expect to see similar substitutions through the season unless they name a replacement right away.  I have no idea who Whiting's second-in-command was, or even if there WAS such a person: in the 20 years he was Race Director for F1, he presided over more than 400 race weekends.
His loss leaves a huge hole in the sport, one that won't be easily filled.  We here at F1Update! extend our condolences to his family, friends, and the F1 world in general. 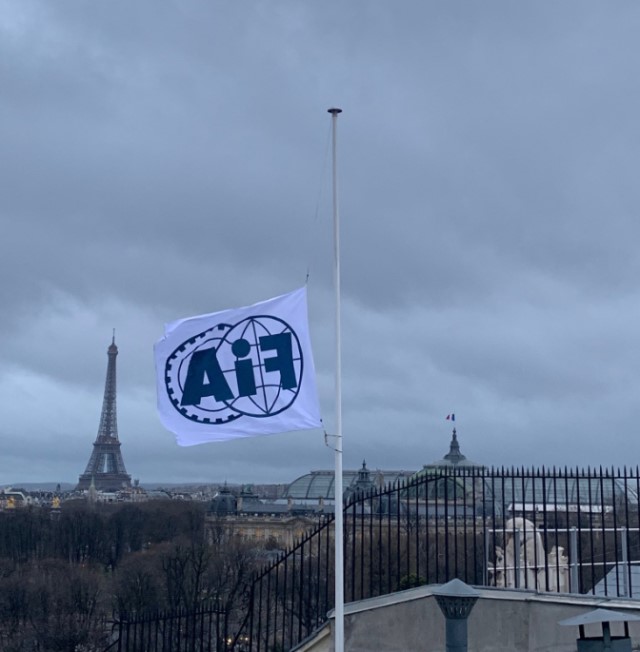