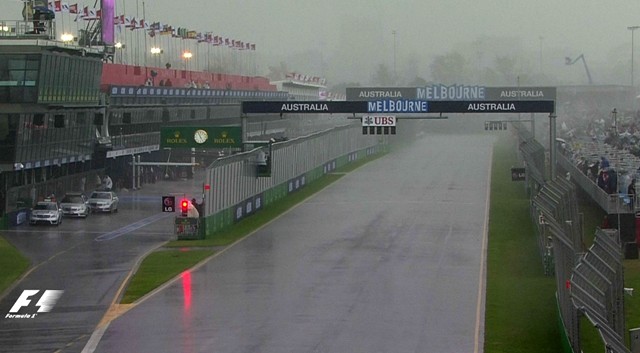 When the time came to start Q1 for the Australian Grand Prix... they postponed it for a half-hour due to wind, rain and general miserableness.  From what the New Legendary Announce Team said, just after the V8S support race ended, the skies opened up with a fury not often seen in these here parts.  Rain came down in buckets, the wind tore branches from trees and umbrellas from hands, and very quickly the track became undrivable.  It took frantic action from the track marshals, the broom brigade, some random birds, and a brief cessation of rain for the session to start at all. 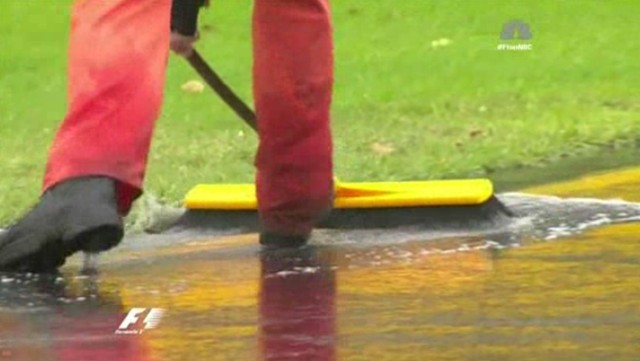 Once the 20 minute Q1 did begin, some began to wonder if it should have, as it took only a single lap for cars to begin leaving chunks of themselves scattered around the circuit.  Lewis Hamilton, Felipe Massa, both Caterhams, Mark Webber, Sergio Perez, Esteban Gutierrez, Paul di Resta, and Papabile Maldonado all had exciting rides.  Webber, Perez, di Resta and Maldonado DIDN'T damage visibly their cars, though only through luck.  Eventually the session came to an end, with the following being knocked out: Charles ToothPic, Geido van der Garde, Max Chilton, Jules Bianchi, Esteban Gutierrez, Papabile Maldonado.  ToothPic is 22nd, Maldonado 17th. 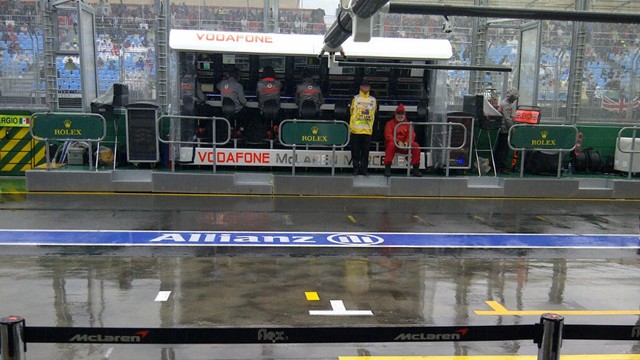 Unfortunately, in the stretch between Q1 and Q2, the heavens opened up again.  Scheduled to begin at 6pm local time, Q2 wound up being delayed by 10 minute intervals to 650pm.  At that point, with heavy rain still falling, the radar screen a lurid shade of green for 500 miles, the sun setting at 738pm local and two Qual sessions left to run that would equal 25 minutes on their own, the decision was made to postpone until 11am Sunday morning local (Saturday night, 7pm Pond Central Time).  At that point, the action will resume with Q2.  Alas, we won't be getting coverage of it here on NBCSN, but I'll report the results when they become available. 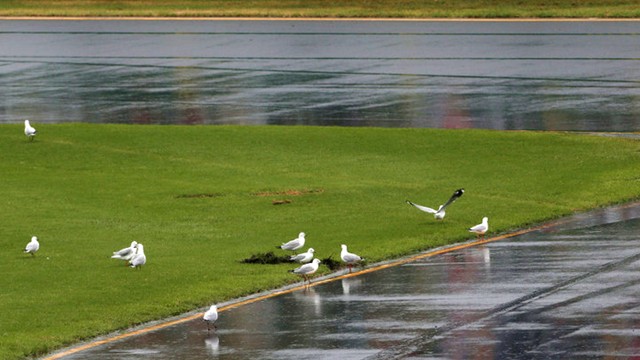 On a historical note, this is only the third time Quals has been postponed in 10 years... and the other two occurred in Japan due to various typhoons.  No Great Australian Boat Races, though.  Pity, that.

1 NBCSN just tweeted that they will have tape-delayed coverage of Q2/Q3 broadcast immediately preceding the race, starting at 1230AM ET.

Accuweather says "chance of a shower or two".

4 Here's what I'm hoping for: Dry for the quals, wet for the race.

5 Well, I'm afraid you're OhferOne... it's raining in Melbourne as Q2 starts.