-Shadow DN2, 1973
The closest the motorsports world has come to a truly open racing series was the original Can-Am, which ran from 1966 to 1974.  When I say "open", I mean that the tech regs regarding the cars consisted of the following:
1) The car must have two seats.
2) The car must have enclosed wheels.
3) It must meet required safety standards (pretty minimal, considering the time period).
And that was it.  After that, it was anything goes. 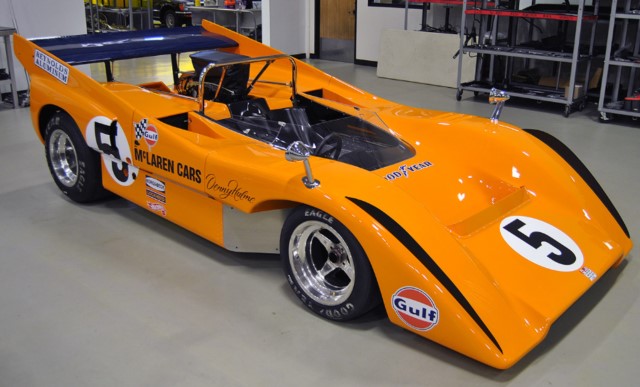 -McLaren M8D, 1970
And that meant "anything."  Can-Am series cars were the first to use titanium, ground effect of all sorts, wings of types never before seen (and rarely after), hell, cars that were wings, cars that used fans from a friggin' tank engine to create downforce, and in one case a car that put out 1580hp. 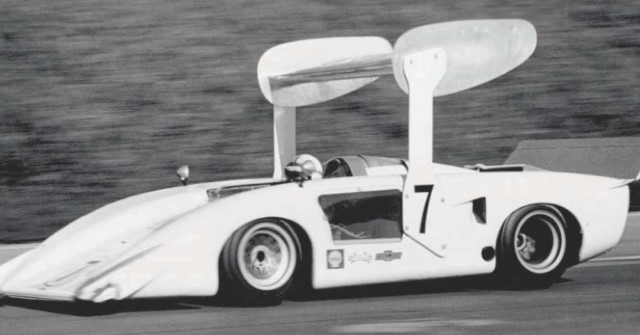 -Chaparral 2H, 1969
However, it was Can-Am's main selling point that led to it's demise.  "No rules" also means "no limits".  That let manufacturers like McLaren and Porsche throw insane amounts of money at their cars, which basically priced out anybody else. 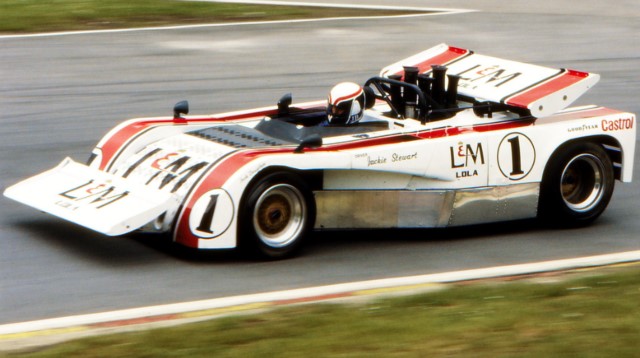 -Lola T260, 1971
But when it was in its heyday, Can-Am had cars that were faster than F1 cars, some that were able to win endurance races like the 24 Hours of Daytona, and loud enough to shake the fillings out of your head.  Nowadays the cars show up at Goodwood or various classic car races fairly regularly.
But there's one reason I'll always have a spot in my cold, dead heart for Can-Am: I'm pretty sure I attended the original series' very last race, at Road America in 1974.  Yes, I was only six, but I have memories of being there.

1 A while ago I was looking for the website for Can-Am Motorcycles.  It turns out, they are not at can-am dot com (not a work-friendly site!).

2 So what you're sayin' is...Wacky Races was a documentary...

3 Pretty sure I saw the, ah, upper structure of that Chaparral on a ricer out in the parking lot the other day...


And that Lola. I hope it was fast 'cause it wasn't terribly pretty.

4 Jon Spencer, I deleted your comment because of the raw URL contained therein.  Please, please, please, I beg you, use the link button at the top of the comment box!