Schumi's Back? And Other F1 News 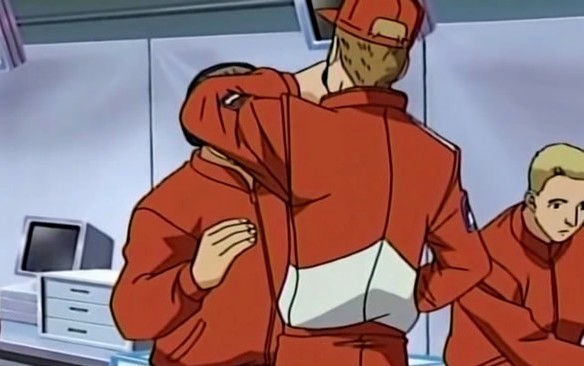 Just like the picture above, the answer has to be "not quite," but close.  The BBC and the German newspaper Bild are both reporting that the only thing separating Michael "Slappy" Schumacher from returning to F1 with Mercedes is a signature on the contract.  Both reports say that Luca di Montezemelo, Ferrari's grand poobah, has agreed to let Slappy go from his consulting position with the Prancing Ponies, for the good of the sport.  Reportedly it's only the tiny details that need to be worked out before it all becomes official.  Reports vary as to how much he'll be paid: somewhere between €3.5million and €7million seems to be the range.  Obviously, we'll keep an eye on this and let you know when something becomes official.

In other news, the new Lotus F1 team announced their driver lineup for 2010 as "hiring two race-winning drivers."

That's right, Lotus F1 is putting their faith in Jarno Trulli and Heikki Kovaleininninninnie.  It is true that both have won races in Formula 1; Trulli won the 2004 GP of Monaco, Heikki the 2008 Hungarian Grand Prix.  I'm not entirely sure that one win each, 2 wins in 17 seasons combined is something to trumpet, but what the hey?  Let 'em have their fun!  It might be the only time this season they get to...