Racing Stuff On TV!: Memorial Day 2014 This is the weekend F1 fans live for.  The glitz.  The glamour.  The stars.  The circuit.  This is where and when Formula 1 is everything people think of when they think "Formula 1".  Let's take a look at the track map, shall we? 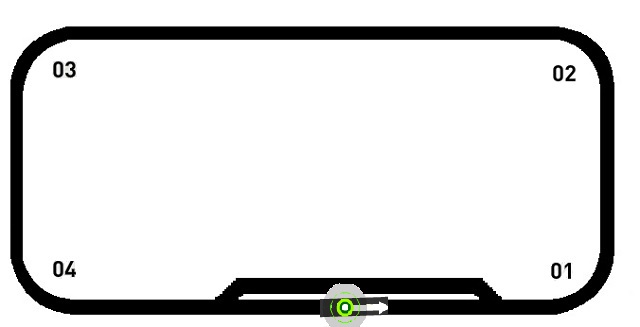 Oh, wait.  That's the Indianapolis Motor Speedway, home of the 2014 Indianapolis 500!  2.5 miles of nothing but speed, speed and more speed.  Ed Carpenter went a shade over 231mph to win his second consecutive pole position at Indy, and this year former F1 drivers Jack Newhouse, The Pope, SeaBass, ~TAKU!~, and... um... Justin... are in the field as well*.  The flag drops on the American Classic at roughly 1212pm Central time on Sunday.  But that's not the track map we're looking for today, no no.  Here's the place:

Whoops, nope!  That's Charlotte Motor Speedway, home of NASCAR's 2014 Coca-Cola 600!  1.5 miles of 24°-banked turns will see a full field of 43 cars,   The longest non-enduro race in America starts at 5pm Central time, and will finish under the lights in one hell of a spectacle!  But even that isn't what we've come here for... this is: 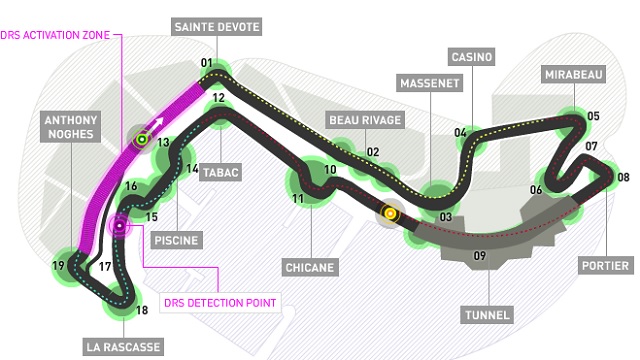 Ladies and gentlemen, allow me to present to you Monaco, the most insane top-of-the-league circuit in the world.  "But Wonderduck," I hear you ask, and I've really gotta learn how you pull that trick off, "F1 doesn't go 231 mph, or have 43 cars on a banked-oval track, how is THIS insane?"  Because, my sneaky voice-throwing friend, this race involves cars that are worth tens of millions of dollars, using the highest of high-end technology, and they're racing here: 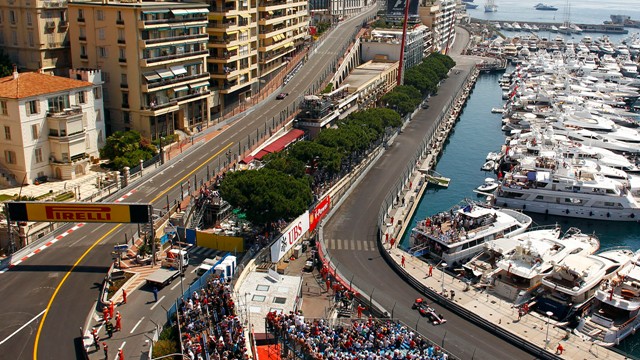 ...harborfront of a small French fishing village.  It's the crown jewel of F1 races, and perhaps the only one where high speed really doesn't matter all that much.  I mean, there are places at Monaco where the cars are going substantially slower than the maximum pit-lane speed for either NASCAR or IndyCar.  It's a ridiculously narrow, cramped, bumpy, dangerous, silly place to have a race these days.  But it is the one race most racers in the world would kill to win.

*That's Jacques Villeneuve, Juan Pablo Montoya, Sebastien Bourdais, Takuma Sato and... um.. Justin Wilson for all of you readers who don't remember my old nicknames for these guys.  Except for Wilson; he drove in 2003, pre-Pond.

1  Some year they ought to run it counter-clockwise, just for a change. Climbing turn 6 instead of dropping, for instance.

2 Better yet, the direction of the race should be decided by a coin flip one hour before race time...

3 Or maybe an hour before the first practice session...

4 Heathens, the whole lot of you!  I thought I taught you better than this.