McLaren MP4-26: Srs Bidnez Sleek.  Graceful.  Streamlined.  Sculpted, molded, polished.  All of these words and more can be used to describe that most high-tech of all racing vehicles, the Formula 1 car.  Able to slice through the air at 200mph or more, stop on a dime, or pull 5-G turns, all while its eight-cylinder engine is turning at at a mind-numbing 18000rpm.  Tolerances are so tight that fluids have to be pre-heated to a viscosity very similar to that of water before a F1 engine can be run.  The car as a whole is made of nigh-futuristic carbon fiber, aluminum, dozens of composites, beryllium, titanium, and many other, more esoteric, materials.  Something as small as a front wingtip being slightly out of position (due to an accident, for example) can slow a F1 car dramatically, ruin its aerodynamics, compromise the grip levels in a turn, and cause brake failure and engine overheating.  As much sculpture as machine, every inch of a F1 car is painstakingly designed to be just so.

And then McLaren rolled their 2011 challenger, the MP4-26, onto the track during the pre-season testing session at Barcelona yesterday. 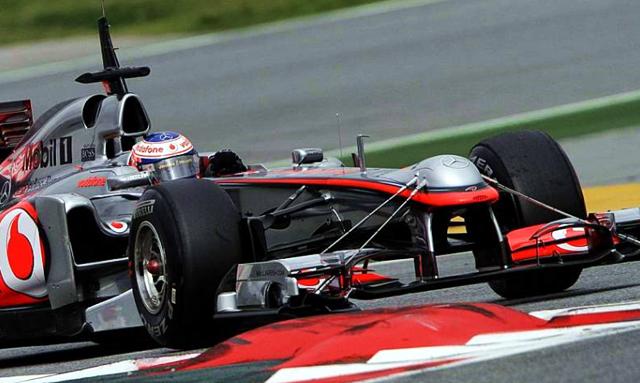 D'awwwwwwwwww, isn't that cute?  The car is obviously going through puberty... it got its first pimple! 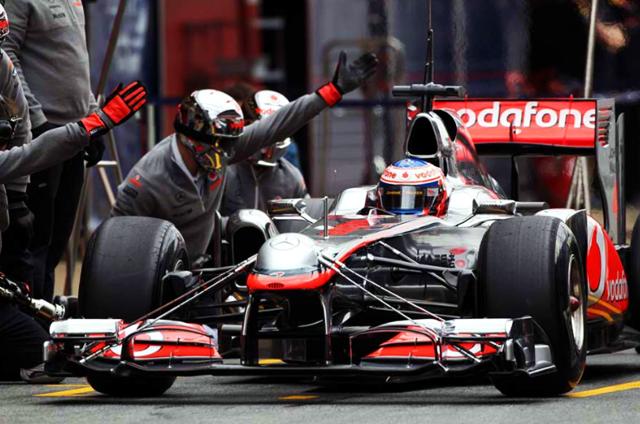 While it looks like the bracing wires on a Sopwith Camel, in actuality it's a testing rig designed to measure the stresses on the front wing.  At least, that's what they claim.  We here at F1Update! think that McLaren's Chief Aerodynamicist Doug McKiernan is taking his styling cues from something in nature: 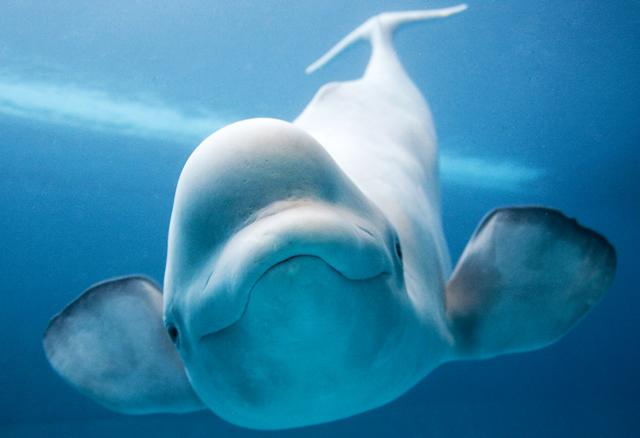