F1 Quals: Monaco 2015 After the rain washed out the majority of Free Practice 2 on Thursday, eyes were cocked askance at the lowering skies above the Monaco harbor.  Would we get a wet Qual session at the most ridiculous circuit on the calendar?  Let's take a look at the provisional grid for the 2015 Grand Prix of Monaco:


I don't know why I expected anything different.  Wait, no, yes I do: Monaco is the one place on the calendar where the car/driver balance is tilted waaaaaaay over to the "driver" side.  Which isn't to say a good car isn't a requirement... of course it is.  But if you had told me that HWIACTBNA had dragged his recalcitrant McLaren into Q3, I would have believed you.  As it was, it was only because he was balked on his last flying lap by a yellow flag that Jenson Button didn't make it to Q3.

I'm thinking that this was the best quals performance for Red Bull as a team this season, and isn't that an amazing statement after the past four years?  There's nothing particularly surprising about the rest of the grid, though Sauber and Williams must both be chewing on their mustaches in consternation.

Rosberg is going to have to pull some serious driving stuff pretty darn quick after the lights go out, ere his teammate is going to snap his string of wins at his home race... and if you think Lewis Hamilton doesn't want to do that after Spain, you're crazy.  Plus, heck... it's MONACO.  This is the Big One.  And if Rosberg manages to win, he'll join some rather elite company... the names of drivers who have won Monaco three or more times is pretty impressive.  Ayrton Senna, Graham Hill, Slappy Schumacher, Alain Prost, Sterling Moss and Jackie Stewart.  19 World Championships between them (Moss drags the average down, winning no championships during his career... which is just mind-blowing).  I think it'd be safe to say that Rosberg would be the worst driver of the bunch, which isn't really a knock.

Well, we'll find out on Sunday, the Racing Fan's Holiday!  See ya then! 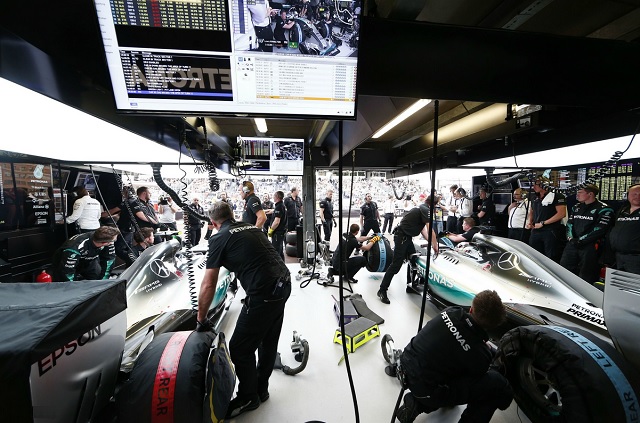 1 I watched the last part of this on the web this morning, and I'm looking forward to your writeup.

2 My sleep schedule to all messed up this weekend, and somehow I ended up being awake this morning in time to catch all of the Indy 500 - you know, the commercial show interspersed with Racing. I used to watch it a lot when I was a kid. I was surprised to find out this was the 99th running.  There actually were a few exciting bits, and more passing than I expected.