F1 Quals: Japan 2018
Rain.  Rain is the great equalizer in Formula 1.  Rain can take a bad car and make it... not as bad.  Rain can take a good car and make it into tiny pieces of carbon fiber.  It makes heroes out of drivers that may not have gotten attention before, and it can take luster away from otherwise well-appreciated ones.  Rain simply adds another level of difficulty to an already hard sport.
It rained today at Suzuka.  Here's the provisional grid for the 2018 Grand Prix of Japan:
Q1 was mostly dry...ish.  It rained before the session had begun and the track was decidedly greasy... for example, Seb Vettel actually spun in the Hairpin, a very low-speed place indeed.  He was simply trundling along when the rear of his car slowly and gracefully attempted to become the front of the car.  He was going 60kph at the time.  "Greasy" is the appellation most feared in F1... neither truly dry nor truly wet, it is too slippery for slicks, yet it chews up intermediate rain tires like someone is applying pumice to them.  Sony Ericsson was caught by The Greasy and sent off into a wall, which brought out a red flag as the workers recovered his Sauber from the kittylitter.  A round of applause is due the Renault mechanics who managed to slap Nico Hulkenberg's car back together after he did a rather comprehensive job of disassembling it right at the end of Practice 3... meaning they only had a couple of hours to do their work.
One must feel for Red Bull's Daniel Ricciardo, who through no fault of his own has now missed out on Q3 approximately 3200 times this year.  Today it was a broken accelerator cable, apparently, that prevented him from doing anything in Q2, and sent him to the motorhome screaming with rage inside his helmet... completely out of character for the lovable Aussie.  His nickname is "The Honey Badger", but it really should be "The Quokka".
But the best/worst of Qualifying came in Q3.  It had become more greasy towards the end of Q2, and in the few minutes between sessions the teams had to make a decision on what tires to send their cars out on.  Mercedes made the last-second decision to put their drivers on slicks.  Ferrari went out on intermediates.  It was quickly discovered that Merc had made the correct choice; they were loads faster than the red cars.  The Italian team brought their men back in for slicks at the end of what should have been their warm-up lap.  While their rivals were in the pits, the silver cars went out and set fairly reasonable times.  Ferrari went back out, got through their warmup lap, and began their first hot lap of the session...

...and then it began to drizzle.  Not badly, but enough that Vettel made a rain-induced error during his hot lap.  The track became too wet for slicks, and nobody was going to improve their times on rain tires.  Mercedes' gamble had paid off in the biggest way possible, and you could hear the door slamming on Vettel's title hopes after the session ended.
The Race is just after midnight... F1U! sometime Sunday.  See ya then. 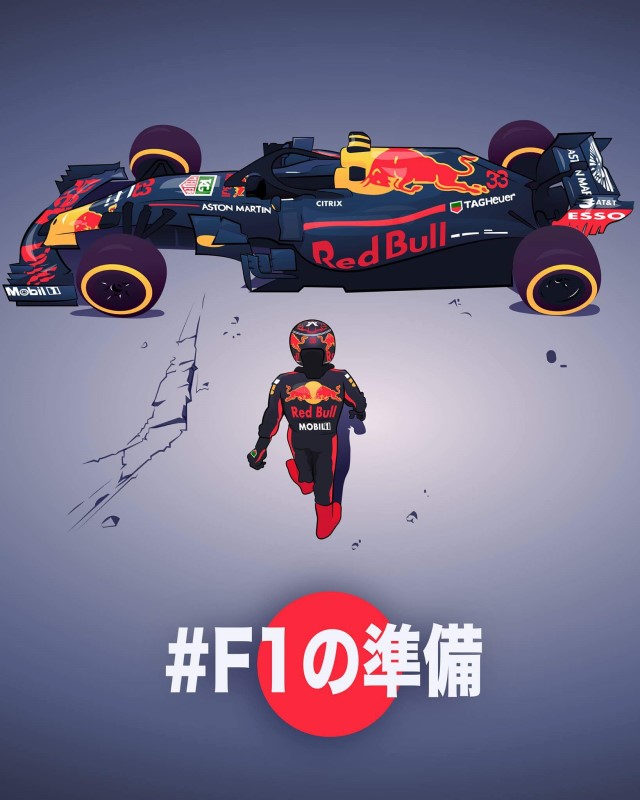