F1 Quals: Australia 2015 If it's Saturday in Melbourne, it must be qualifying for the Australian Grand Prix!  How will this season go?  We should begin to get an idea after this, the first time it all really counts... let's take a look at the grid:

Yeeeesh.  As if last season wasn't bad enough, Mercedes is picking up 2015 right where they left off in 2014, with another front-row lockout.  Polesitter is a full 1.4 seconds ahead of the first non-Mercedes challenger, Williams' Felipe Massa, and about a half-second ahead of his teammate Nico Rosberg.  The two Ferraris had relatively dull (but good!) Quals sessions.  Meanwhile, Red Bull pretty much wants to strangle engine manufacturer Renault.  First, Riccardo had his first engine (of four for the year!) die during Practice, then his second is "practically undriveable", full of weird holes in the engine mapping.  That's why teammate Daniil Kvyat is so far down the grid, and why Ricciardo nearly missed Q3. 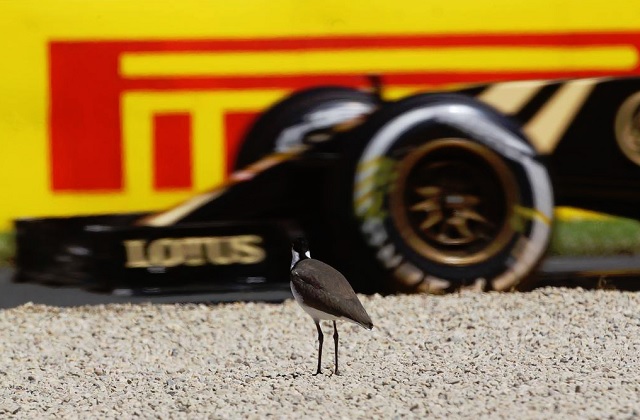 Sauber has to be relieved that Felipe Nasr qual'd 11th, considering the nightmare they've put up with this week.  Indeed, he was looking like he'd go through into Q3 until Toro Rosso's Carlos Sainz bumped him out at the last moment.  Too, Force India has to be pleased with their results in Quals.  Sure, they aren't high up the grid, but they had very little track time with their new car and it's looking to be solidly reliable.  Particularly early, reliability is almost as good as speed: if the car can't finish a race, it doesn't matter how fast it is.  However, a reliable car can evolve to become quick.  A special tip o' the cap to Junior Verstappen, who became the youngest person to qualify for a F1 race today at the ripe old age of 17.  Seven-frickin'-teen.

Really, the only team that has any reason to be unhappy is McLaren.  Sure, Manor didn't manage to get their cars running at all this weekend (reportedly it took four hours on Friday just to get the car's flashing rain light to function with the new software), but a month ago the team didn't exist and their pieces were being sold away.  Just being in Australia as a team, having a chance to get running, is a win for Manor.  But McLaren is a different story.  In Q1 their best time was set on the soft-rubbered Option tire.  It was nearly three seconds behind Lewis Hamilton's fastest time in Q1 on the slower medium Prime tire.  They were the slowest through the speed traps, about 10mph behind the fastest chassis, the Williams.  They've not even done a full race distance in the new chassis... hell, they've not even done as much as 13 laps at once.  To call this a disaster for the legendary McLaren/Honda combination is perhaps understating the case.  While there's plenty of time for the car to improve, this start makes one wonder how they can.

Late news from Melbourne!  After Quals on Saturday, Valtteri Bottas was taken to hospital suffering back pains.  They actually began during the Quals session, but he drove through them.  He and the team await the diagnosis, and currently his drive on Sunday is in doubt.  If he can't go, the team will not be allowed to replace him, and we'll have a 17-car grid for the race. 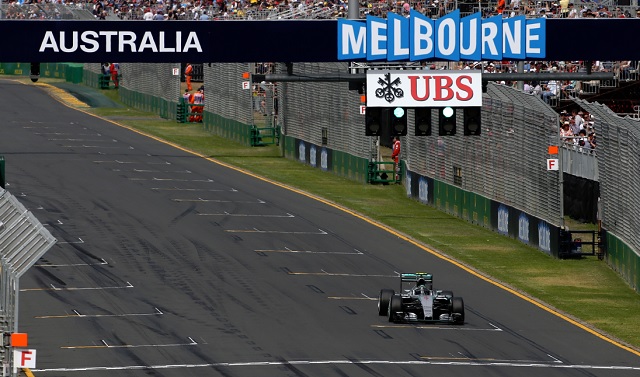 Race is late-night Saturday/early Sunday here at The Pond... see ya in the AM.

1 Something I've wondered for a while is why do you draw the grid the way you do, with not showing the finish times for rounds 2 and 3 for the slower people?  I used to think that meant only the top ten people were in the race, but with you mentioning a possible 17-car start, that theory goes out the window.  (If it's not obvious I don't actually watch the races; I mean to try to catch them but frequently forget, plus I don't actually have cable right now so I'm not sure where I'd watch the actual race.)

2 That's actually exactly what happens, Rick. Some people are kicked out of each successive round of qualifying, so the final round is only the 10 fastest people.

Honestly, I like the format. It lets the fast guys take it easy in the early rounds while the slower teams fight for their positions, then the track has plenty of room in it for the fight for the pole. There aren't a lot of cases where someone with pole pace can't set a good lap because someone from a back-marker team is in the wrong spot at the wrong time... but at the same time the top teams can get caught out and blow it early!

You have to wonder if Alonso wouldn't be out there on track if there was even the faintest hope it would do any -good-...

3 RickC, it's called "knockout qualifying."  In Q1, all 20 cars are out on track, trying to set the fastest time they can.  The slowest five are "knocked out" and relegated to the last five slots on the grid, their running finished for the day.  In Q2, the next five are knocked out and given slots 15-11.

Q3 therefore sees the fastest 10 shooting for pole position, with none of the backmarkers around to slow them down.

It works really well, much better than the older "single-car, single-lap" qualifying they used to run: one car on track, getting one shot at setting a time, going out in reverse order of finish from the last race (so the car that ended up 20th would have to qualify first).

4 News reports indicate heavy giggling coming out of an obscure apartment in Beaverton, OR.

5 Police are considering sending in the SWAT team...

6 Ah, I get it now.  They're not booted out of the race, they just get the bad positions on the starting lineup.  Makes sense. Steven, what's got you giggling?