F1 Practice: India 2013 If this was in Los Angeles, we'd say the inversion layer had moved in.  If it was in China, one would have to assume the factories were going full speed. 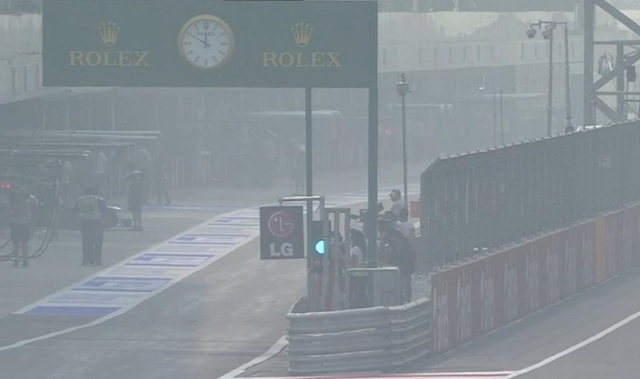 But this is in India, I suppose we'll have to say that the vindaloo is particularly spicy today.  The F1 homepage is claiming that it was foggy during practice, but fog doesn't change the sky color.  Fog doesn't give everything a dirty-orange hue.  Nope, we had smog out the ying-yang there in Upper Noida, which makes me wonder how that affects the engines.  I assume there's air filters, but I guess I don't really know!

One thing we do know is that the Indian cuisine claimed one driver this morning.  Paul di Resta apparently spent most of Thursday in his hotel room with a case of Delhi Belly.  Too much naan and gulab jamun, that'll do it every time.

In other news that'll send us scurrying to the loo, Hannibal Vettel was fastest in the second session... by nearly a half-second... over his teammate.  The next closest was Lettuce Grosjean, another third of a second adrift.  Did I mention that Vettel has been on the pole and led every lap of both races at India?  I think that bodes not well for HWMNBN's chances to win the Championship, particularly after he wound up with a gearbox full of neutrals in Practice 1. 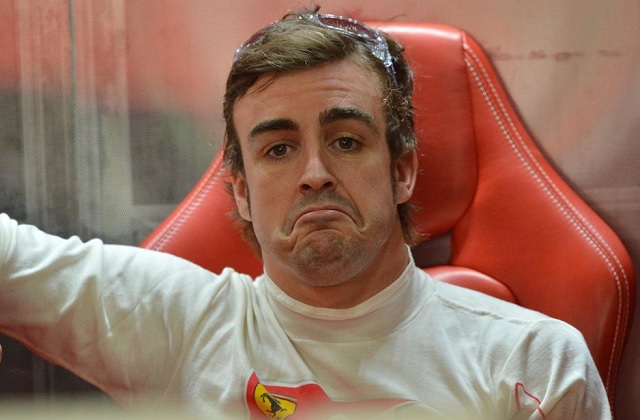 Maybe after he wins the championship, Vettel will move down to Marussia or something for a bit of fun.  Hey, we can dream, right?