F1 Practice: Canada 2012 The skies looked to open and dump rain in massive amounts upon the Ile Notre Dame all day.  This never occurred.  There were three major incidents during the two practice sessions, however, two of which brought out red flags.  In P1, Heikki Kovaleinninninnie whapped the wall in Turn 9, doing bad things to the right side of his Caterham. 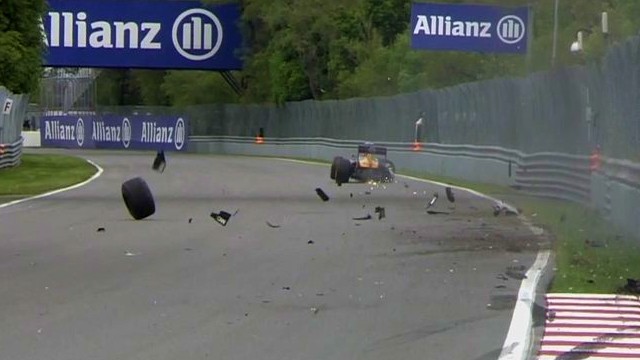 Later during P2, Bruno Senna got it very wrong going through the final chicane and wound up going backwards into the Wall of Champions.  The car then rotated and smashed into the wall with the front of the chassis, scattering bits and pieces of the Williams hither and yon. 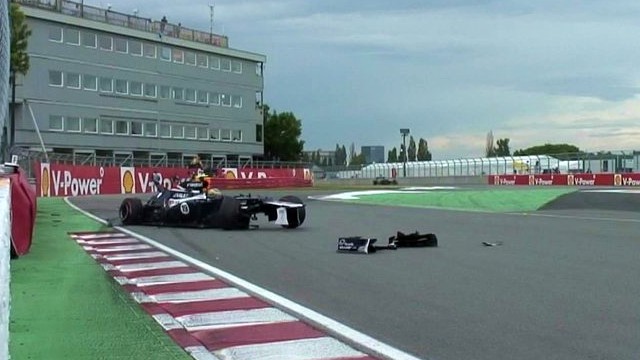 The third incident occurred at the end of P1, when HRT's Pete Rose ran over his lead mechanic during a practice stop.  Craig Stubley was loaded into an ambulance with what was being treated as a broken leg.  As it turned out, he escaped serious injury, getting away with bruises and a wrenched knee.  Phew!

As far as actual racing went, McLaren's Lewis Hamilton was the fastest around the track in both sessions.  Red Bull had some... interesting... sensors mounted to their cars. 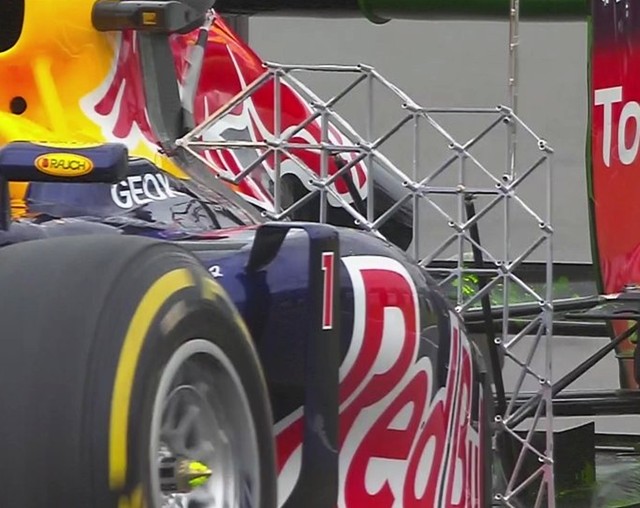 Air flow sensors, they tell us.  There were also a multitude of cameras strewn about the cars, looking at various bodyparts as they flexed and bent under the passage of air.  You can also see some flo-viz paint on the rear of the car (the neon yellow/green stuff behind the sensor).  Ferrari had enough flo-viz on their rear wings to make them glow green, not to mention enough to screw up the t-bar cameras of every car that got behind them.

Finally, as you know Montreal is hard on brakes.  How hard? 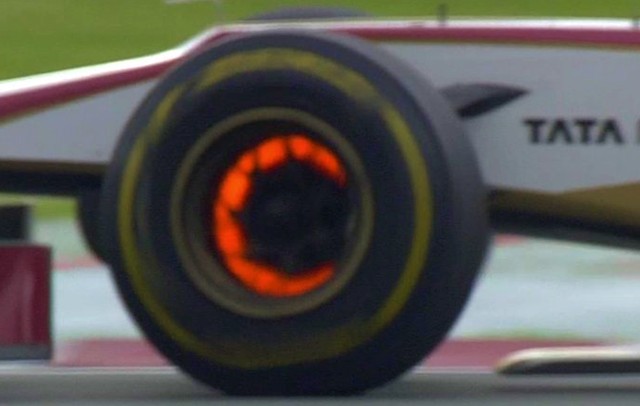 About that hard.  Quals in the afternoon, see you afterwards!