F1 Practice: Australia 2013 A vaguely gray day greeted the sparse crowd at Melbourne's Albert Park circuit, but nobody cared.  Nobody cared because the red light of the offseason had been replaced by a green light, a light that signified that the 2013 Formula 1 season had finally begun. 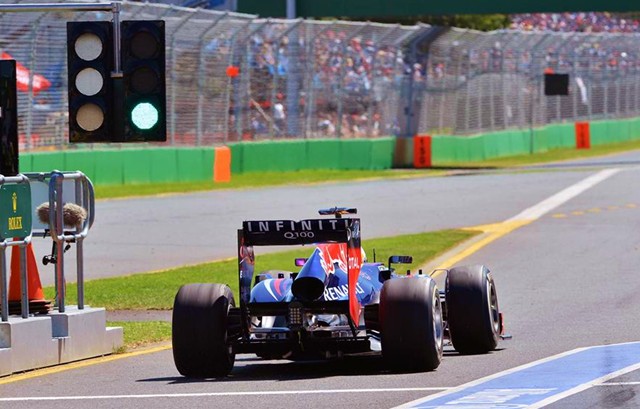 Then every car in the pitlane came out, ran for the entire length of P1 and P2, and left us as fans exhausted and wanting more.  That was the theory.  In practice, Practice 1 was roughly half over before we saw our first flying lap.  The first 45 minutes saw the teams bring their cars out for an installation lap, making sure that every bolt was tight, every hose connected, every fluid topped off and so forth, then bringing them back in to check everything all over again.  Then, and only then, did anybody even think about going back out for head-to-head white knuckled racing action.  Or another install lap, take your pick.  Seriously.  I mean, I expected it; they DID just ship their cars halfway around the world AND this is the first race of the season, of course they're gonna work to make everything exactly right.  But still, the people in the stands weren't even getting red-hot pitstop action.  What they got was a lot of nothing.  AND YOU'LL LIKE IT! 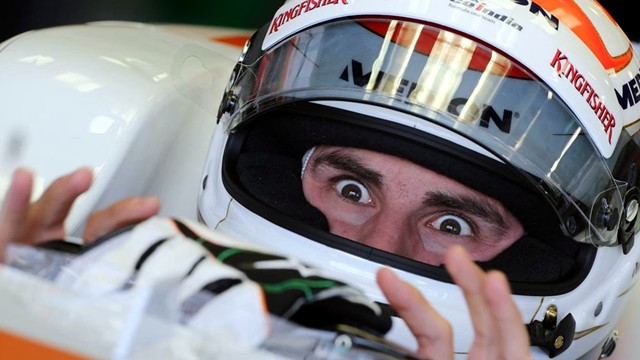 Once the session really began, and all the way through Practice 2, it became perfectly clear that while some things had changed, like McLaren seeming dreadfully slow, some things hadn't: Red Bull and Seb Vettel remained on top of the timesheets.  In dominating fashion, it might be pointed out, nearly a half-second ahead of their nearest rival in P2, Nico Rosberg.

Even that little bit of news had a dark lining, as Mercedes' newest driver, Lewis Hamilton, speared into the barriers with five minutes to go in P2, reporting that "something's wrong with the car."  Right after that, the Mercedes pit wall told Rosberg that he had a gearbox problem and he needed to pull over and shut it down.  That's somewhat ominous, what when both Mercs fail to finish the session like that...

Even more ominous could be the performance of the two McLarens.  Jenson Button could only manage 11th on the day, and Sergio Perez a humbling 13th.  Handling seemed to be an issue for the glares with wheels, as they tended to porpoise and tremble into corners.  Steve Matchett was suggesting that the suspension was too stiff, and he may very well be right... or maybe it's something not so easily fixed?

The boys at Maranello must be ecstatic with Ferrari's 6th and 8th finishes, particularly considering last year's debacle in Australia when they were closer to the back of the grid than the front.   If so, Team Lotus are probably calling their doctors after four hours, for they finished P2 4th and 5th.

But of course, this is only practice.  You can never judge the true worth of a car from practice, just because every team is operating differently.  For all we know, McLaren could have been running under a heavy fuel load all day, and once the weight burns off they'll handle better.  Red Bull could have been running minimum fuel (note: they weren't).  Maybe Mercedes accidentally used French Onion instead of Ranch in their gearbox.  We just don't know.

1 Merc people said later that the splitter failed at Shiv's car. I did not imagine that it would affect the car so much but perhaps it got wedged sideways underneath. Even so, it's strange. If this repeats, FIA is going to look into it on safety grounds. You can't have cars this fragile.

2 Talk about a bee in the bonnet, Vodaphone is dropping sponsorship of McLaren end of this year. Just what you need at the start of a new season.