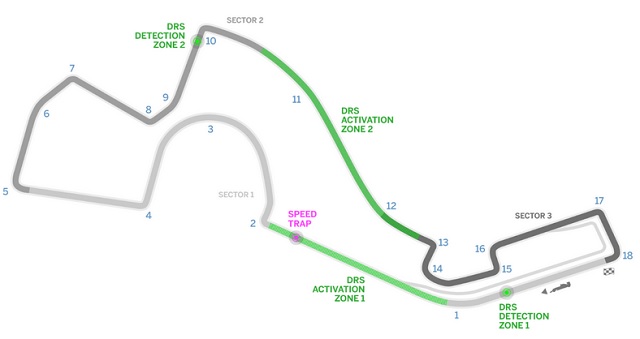 The only race in which the winners get bottles of vodka and the grid girls wear track suits.  Really, this race has been cursed from the beginning. 2014 was the first race after Jules Bianchi had his wreck and nobody wanted to be there.  2015 saw a truck dump a load of diesel fuel onto the racing surface  in P1, heavy rain in P2, and Carlos Sainz going under the tecpro barriers and partially through the armco in P3.  2016 had a wacky wreckfest in Turn 2 of the first lap, which claimed Seb Vettel.  And 2017 was just bad.
So I'm not exactly expecting a great race on Sunday.  Maybe we'll get lucky!  Quals in the morning!

1 Speaking of Russians and wacky wreckfests, I assume you have heard that "The Torpedo" will be returning to Toro Rosso next year?