F1 on The ESPNs: Germany 2018 Gotta hurry on this post... again... while my old computer works and my bodyhealth stays above "miserable".  Here's the track map for the home of the Grand Prix of Germany, Hockenheim: 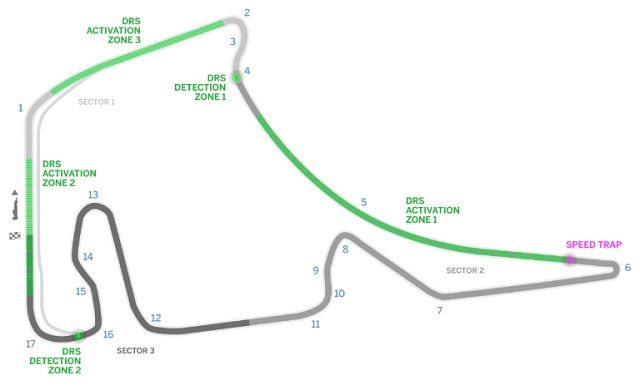 Remember, we had no grand prix in Germany last year... in the rotating track thing that Germany has, the Nurburgring couldn't afford it.  So it's Hockenheim's turn again!  For the most part, it's inoffensive with a touch of "what used to be" nostalgia involved.  As I always mention, back in the old days, there used to be a ridiculously high-speed section that went blasting through a forest in a semi-oval that reached from Turn 2 to Turn 6 on the new map... totally breathtaking, ridiculously dangerous.  It's probably good that it's gone, but...
Here's the alleged broadcast schedule:
Saturday
Practice 3: 5a - 630a  live on ESPNews
Quals: 8a - 930a  live on ESPNews
Sunday
2018 Grand Prix of Germany: 8a - 1030a  live on ESPN2
No promises on a F1U... if the race moves me to one, then there'll be one.  If not, there won't.  I'm working on it.  See you soon!

1 Over on facebook someone posted a link to the William Shakespeare rubber duck on Amazon. Do you have that one?

2 So...do we believe Hamilton about the hydraulics failure occurring *prior* to nearly going airborne, or...?