F1 on SPEED: Monaco 2008! As races go, it usually isn't all that much.  But there is no brighter jewel for a F1 driver to have in his crown than the Grand Prix of Monte Carlo.  David Coulthard's Chin owns a hotel in Monaco, a few drivers (and Spanky Mosley, too) live there.  And it's the only street circuit in Formula 1 (at least until the Singapore race), to boot.  Only Monaco lets you nibble some expensive cheese while a multi-million dollar high-tech whizwagon flies by, merely feet away. 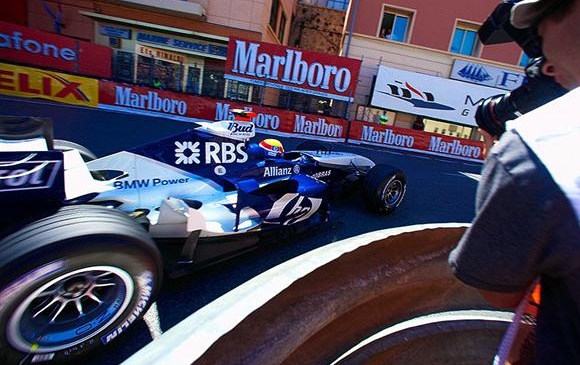 Of course, you have to be very rich or very lucky to have a shot at being THAT close to the track.  Even if you're not one of the megabuckers, though, the grandstands around the track are still closer than any other on the F1 calendar. 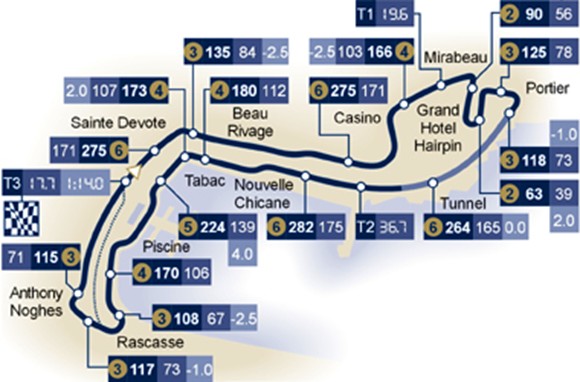 Monaco is well-known as the tightest track on the calendar, with absolutely no room for error.  In the past, traction control could keep most cars off the armco barriers, but this year?  Even the slightest fishtail will spell doom, particularly at Sainte Devote, Tabac and Anthony Noghes.  Of course, the Hairpin is the tightest turn in F1 (over 180 degrees, to be exact) and requires special suspensions for the cars to be able to even attempt it.  With a normal suspension, the inside of the front wheels would actually mill their way through the suspension arms. 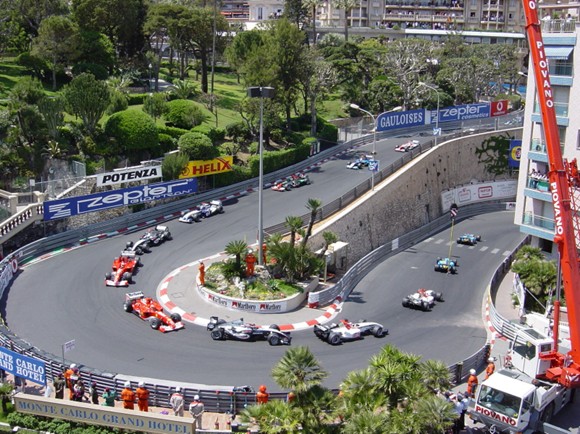 Thankfully, our friends at SPEED will be bringing us all the action from Monaco!

Coverage begins on Thursday, May 22nd, from 7am to 830am, with live coverage of Practice Session 2.  Note that this is different from every other race on the calendar; usually this is on Friday, but Monaco plays by its own rules.  There's a replay on Friday from 1130a to 1p.

Saturday, May 24th brings us Quals from 7a to 830a, plausibly live.  In the past, Monaco has been known for being a processional, rather than a race, so your qualifying place is tremendously important here.  Of course, with TC missing, who knows?

Of course, F1 UPDATE! will keep you up to date on what's happening all week long!

Excellent F1 preview!!  Loved the pictures and the map.  The next best thing to being there.  :-D

Without traction control, things there could get scary.  :-\

I love Monaco. There may not be much passing, but it's always amazing to watch the drivers attempting to thread the needle on those tight turns,again and again.

As for excitement, without TC there's a good chance for a car to end up in the bay this year!

3 They ought to cross everybody up some year and run the race the other direction. That hairpin would drive a lot different if the cars were climbing.

4 It would be great fun to see some of the courses run in reverse, but the pit layouts alone make it pretty much impossible.  In addition, trying to set up for the Portier turn would be nearly impossible with no chance for you eyes to adjust after you come out of the tunnel.