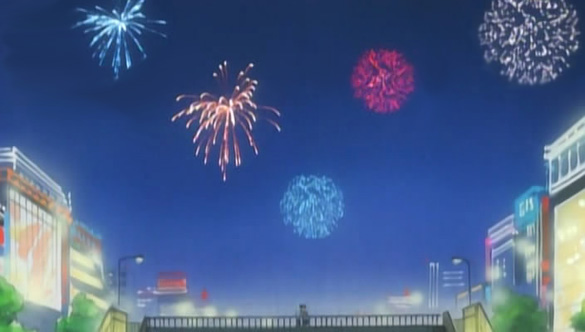 So 2008 is passing into history, and there's a big part of me that is happy to see it go.  I can't overstate the effect the arrival of my elderly, stroke-ridden Grandmother at my folks' place had on the family.  You, the readers of The Pond, were only exposed to it towards the end, but during the 11 months she was in Duckford... well, there were more unpleasant times than good ones.  It was hardest on Momzerduck, of course, but she handled things the way she always does: strongly.

In the two mainstays of The Pond, though, 2008 was another banner year.  In Formula 1, McLaren's Lewis Hamilton won the Driver's Championship in the final turn on the final lap of the final race of the season; the F1 Update! for that race wound up being The Pond's 1000th post.  We also saw the first wins of Sebastian Vettel for Toro Rosso in a fun (and rare) wet race at Monza, Robert Kubica for BMW at the same track (Montreal) where he had a serious crash in 2007, and Heikki Kovaleinninnie for McLaren in Hungary when Felipe Massa blew an engine with three laps to go.  We also had new tracks in Valencia, Spain and the first night race in F1 history through the streets of Singapore.  Then there was the terrible decision at the swimming pool at Spa-Francopants which torpedoed a very exciting race and put the decision in the hands of the FIA.  We also saw Adrian Sutil, driving for the new team Force India, have a shot at a podium at Monaco ripped from his hands by some terrible driving from Kimi Raikkonen, the passing of the SuperAguri team at Turkey, the retirement of F1U! favorite David Coulthard's Chin, Rubens Barrichello driving in a record-breaking 257th race, and FIA supremo Max Mosley having some woman trouble.  All in all, an amazing season of F1, perhaps the best of all time.

On the anime front, the simply fantastic series called ARIA came to an end, but not before it aired what I consider the best episode of anime I've ever seen.  A few months later came the announcement that it had been licensed by Nozomi, which made me very happy.  2008 also saw the near-death-experience of ADV, with the final Kanon '06 dvd unreleased, and the subsequent arrivial of white knight Funimation (for which I haven't thanked them enough).    We also saw the first (and currently only) AMV from Wonderduck Productions, "...Angel", make it to the Semifinals of the animemusicvideos.org Viewers Choice Awards, only to be denied the Final round by at least one AMV that had subtitles in it.  Nice... not bitter, though!

Strike Witches and Ikkitousen Great Guardians also debuted, resulting in people looking at me weirdly as I loved both series.  The best series of the year, however (non-ARIA division), was a tossup between either Clannad or Bamboo Blade: two completely different shows, but both good in different ways.  Hidamari x365, a peaceful laid-back show, proved to be historic in the "Ducks In Anime" category, with nearly every episode having a rubber duckie in it somewhere.  Surprisingly, the undead anime (we'll have to drive a stake through it's chest, cut its head off and bury the body at a crossroad to get it to go away) known as Evangelion came out with a new retelling in movie form that was pretty good (and looked great).  And in what was probably my Crowning Moment Of Awesome for the year, I got to metaphorically slap around an anime n00b at the Duck U. Bookstore.

No year can be complete, however, without a big thank you to Big Papa Pixy for his letting The Pond sully his servers for another year.  Couldn't do it without him... or you, my readers!  May we all have a better 2009!