So, About That Doctor's Appointment... Some good, some bad, some "eh, whatever"... about what I expected, in other words.  Unfortunately, my doctor couldn't make a judgement on my hip because he still needed to see the x-rays.  Seems the immediate care place I went to isn't part of the same medical network so I had to officially request that they be sent to his office.  He did give me more of the muscle relaxant (cyclobenzaprine, if you're wondering), so that's a plus.
In the bad news department, I probably have carpal tunnel in my right hand... and yes, it may very well have been caused (or at least hastened) by my hip injury.  See, back when my hip was really darn bad I had to lean on my cane quite a bit... and I don't mean that in the metaphoric sense, but in the "put weight on cane" sense.  This had the unexpected side-effect of causing my right palm to hurt, making me wish for a padded glove or something.  Shortly thereafter, my thumb, index and middle fingers began to give me a hard time, alternating between numbness, tingling, and extreme sensitivity (that last one is a kick... today it felt like I had sliced my finger open when I picked up a ham sandwich on generic white bread.  Who knew white bread was sharp?).  Now it's pretty much all the time.
Getting back to the hip thing, my doctor had a hip replacement a few years back, so we discussed that in detail.  For him, it was the greatest thing ever... he went from having constant, incessant, not-quite-crippling-but-awfully-awful pain to... well, nothing.  Which is a GOOD THING!  I'm not at that point yet, and he wasn't suggesting that I was, but if this continues to worsen, well...
In point of fact, my hip basically doesn't hurt right now.  Don't get me wrong, I'm not exactly going to be a danger to Shakira any time soon, but it only hurts when I lift my leg (like when I step into the bathtub) or if I lie on it for more than a few minutes.  Oh, and getting into the car is still a nightmarish scenario that's at least as painful as it is embarrassing.  I get in back-first, squirm as far in as I can (or as far as the steering wheel lets me), get my right foot in... not so easy with size 14-EEE, it always gets caught up by either the door or the sill... pivot to face as far forward as I can, hook my cane under my left foot, then lift that into the car... remember, it hurts when I lift my leg manually, but getting it airborne with a tool doesn't as much... then either swear or groan in pain, depending on my mood.  Until I figured out how to do this, it could take me 15 minutes to get into the Duckmobile.  Nowadays, it's only a couple of minutes... still slower than your normal person, but every bit helps when it's raining.
One big surprise that I got was that I had lost something like 35 pounds in the year since I last saw the doc.  No, not surprised... stunned?  Shocked?  Completely and totally amazed?  Pick your favorite word or phrase, I was that.  Still, there had been indications... loose pants, mostly... so maybe I shouldn't have been surprised, but... well.
So that's it... oh, and there was blood drawn as well.  Somehow it'd been five or six years since the last blood test, which surprised me.  In any case, the results of that are of some interest as well... doc says that carpal tunnel is often found in diabetics, for example... but that's a test I'm not worried about getting the right answers for.  We shall see what we shall see.

1 Glad you finally had your appointment. Sounds like your doctor has a path forward in mind. Best wishes!
That's how I had to get in the car during my second pregnancy, except I couldn't move my legs asymmetrically, so I had to swing both in at the same time. Not fun.

2 Hooboy. Gotta love the human body! In the process of easing the load on a painful body part, you cause pain in a new body part! Intelligent design, my tailfeathers...

3 Yeah, hip replacements can help a lot and may well be needed.  My mother ultimately needed both hips replaced, but had emphysema (Kids, don't smoke.  It's not worth it).  She code blue'd every time they put her under anesthesia.  She still ended up having to go through both operations and was much better off for it, despite the risk.
The good news is that today recovery is much faster.  It used to be that you would be in the hospital for several days, now I had a neighbor who recently had bot hips replaced and both times was out of the hospital within 1-2 days.

4 I wouldn't call this a reason not to do it if you needed it, just something to be aware of, but if you're youngish and have a hip replacement, there's a good chance you'll live long enough to need to have a revision.  From a UK website: "Around 80% of cemented hips should last for 20 years. Younger, more active patients often get cementless hip replacements and these may last longer, although this isn't confirmed in long-term studies."
These days, carpal tunnel can be dealt with surgically, if you wind up needing it.  My boss had it done to both wrists about 8 years ago as two separate operations, and was back to work pretty quickly.  Resting, icing, and compression may help with it, too.

Deja Vu! Okay, we all know the song from Initial D, right?
Right.  And we know it's spawned a gazillion memes, with the best known being Multi-Track Drifting...
...though I've become fond of Initial Duck...
...but just a few minutes ago, I stumbled upon one that I've never seen before, one that made me laugh out loud until there were tears coming from my eyes (as opposed to my fingernails maybe?).  What is this paragon of memedom?  Why, this:

Well, it worked for me.

1 And me, he commented, after wiping tears from his eyes.

2 I would pay good money to see a train do that in real life.

So, About That F1U!... After watching Monaco yesterday, I flipped over and watched the last half of the Indy 500.  I then puttered about until around about 6pm, when I decided to take a nap.  I figured I'd just do the F1U! after I woke up, no problem.

I didn't get out of bed until Noon on Monday.

1 When the body says "SLEEPTIME NOW," I guess you gotta sleep!

2 That was only part of it, GD.  Another part was that I knew that getting out of bed hurt, and my brain wanted none of that.

3 Ugh.  Not the same thing you're dealing with, but my new computer chair is doing that to me.  I dread sitting in it, so wanting to do something with my computer actually induces mild panic because I know it'll make my hips hurt badly. 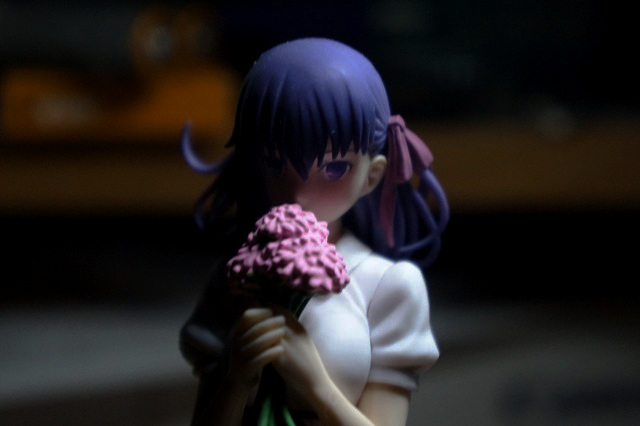 Still With Us I'm still alive, still kicking.  Compy chair is still killing me, despite memory foam pillow and another pad to boot.  It's taking a toll on me, though.  Broke down twice at work yesterday... went on my lunch break intending to take a nap, and just couldn't get comfortable no matter what I did.
Hope to get the broadcast schedule up tonight.

It Was 20 Years Ago Today... It was May 6th, 1998, and a younger Wonderduck is running a RadioShanty somewhere in Duckford.  This particular store had a DirectTV dish on the roof for demo purposes, and while it usually had the "attraction channel" running, it could also pick up WGN out of Chicago.  So, at 1pm I clicked over to watch the Cubs take on the Houston Astros, the team leading the National League in hitting/offense.  The Cubbies had a rookie taking the mound in only his fifth major-league start... some kid named Kerry Wood.
His first pitch was a rising fastball that clonked off the umpire's mask... maybe not the most auspicious way to begin a game.  And then...?
The 20 strikeouts tied the major league record for a 9 inning game.  By Bill James' game score metric, this was the best pitched game ever.
And it wasn't even close.  Wood had a near-100mph fastball, but it was his curveball that was his out pitch.  Watch the last pitch he throws, to then batting average leader Derek Bell. It would have broken the shin of anybody in the left-handed batter's box... but it starts out belt-high, center of the plate.  Bell couldn't not swing at it, but he also couldn't not miss it.
20 years.
Edit: Shortly after I posted this, the weekly baseball show "Hit and Run" on the sports-talk station I listen to devoted most of their four hours to The Game.  Along the way, they mentioned a story I'd never heard before.
Astros second baseman and Hall of Famer Craig Biggio was one of two men to reach base in the game, getting hit by a pitch in the 6th inning.  Once he trotted down to first, he said to Cubs first baseman Mark Grace while gesturing towards Wood "Thank him for me."
This is a guy who hit .325 that season, with 210 hits, 51 doubles, 20 homers, and 50 stolen bases... and he knew that he couldn't touch Kerry Wood that day.

Mmmm... DRUGS! So I was given two different drugs to help deal with my hip: a painkiller and a muscle relaxant.  The painkiller isn't so much of a much, to be honest.
But oh my giddy aunt is the muscle relaxant the greatest thing ever!  Took a half-pill at 11pm, and slept until 530a.  Only hydraulic pressure got me out of that bed, and I immediately returned to it ASAP.  My alarm went off a couple of hours later and I kept resetting it.
Finally, I just gave up and texted my boss: "I'm calling in... this muscle relaxer is GREAT."  Her reply was "LOL see you thursday."
It may not be the greatest job ever, but my boss is pretty cool.

Hip To Be Square Monday morning dawned bright and new, a beautiful way to start a week!  I had spent as much time as possible either in bed or in my "comfy" chair, attempting to take it easy on my hip.  It seemed to have an effect too, as moving around Pond Central caused no problems, no flareups, nothing like that.  I had no way of knowing that five hours later, I'd be sobbing in the break room at work, the pain having become too unbearable for anything else.
This morning I hauled myself out to the car and right to the nearby immediate care facility.  Once the doc came in and palpitated my thigh and hip, looking for sore spots... prod prod prod YEOWTCH prod prod prod... she put me in the hands of the x-ray techs, Torquemada and Vlad Tepes.
The angles they wanted me to put my hip into were... hell, I might not have been able to do them even when my hip DIDN'T hurt.  And all of it on a hard, flat table that made my back scream.  I don't think they were enjoying themselves, but I can't be sure.
Finally, the doc came in with the results: the x-rays were all consistent for arthritis and small bone spurs.  Which was about the worst answer they could have given, because that doesn't go away.  So I'm stuck with this for now.  Whee.