Video Players Gone Bad On the Sunday after the Australian Grand Prix, in an attempt to figure out just what the hell happened with the virtual safety car (and to watch the race in a form that wasn't ESPN's first try), I yarrrr'd the broadcast.  It was a 5GB file, nothing at all out of the ordinary and actually somewhat smaller than either Kimi No Na Wa or the KanColle film.  No huhu, in other words.  Which is why it came as such a surprise to me when my video player grabbed its throat, choked, and died when I tried to watch it.  And froze, then crashed, Windows. 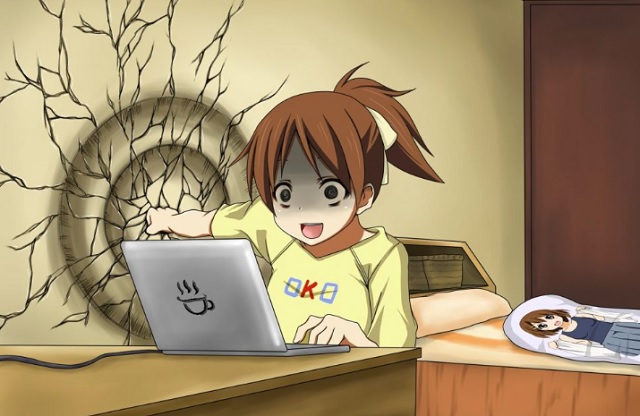 My software of choice, ZoomPlayer, hasn't worked since.  Oh, it will eventually load any video you throw at it, but only after about five minutes of frozen computer.  Then it stutters until you back the video up, at which point it plays okay.  But god help you if you want to watch the video again immediately because nothing else will.  I've moved to my backup viewer, Media Player Classic which comes with CCCP, but only for viewing.  For the life of me, I cannot make subtitles go away in MPC, which makes screenshotting a little difficult. 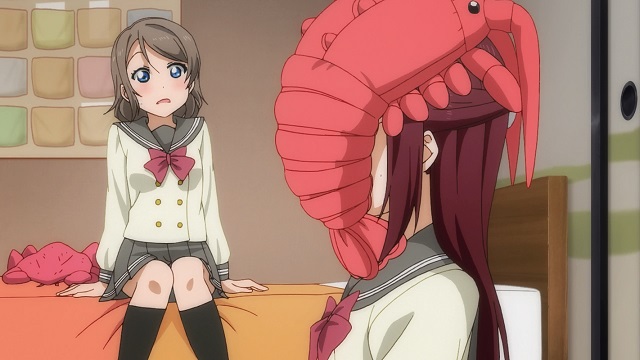 So here's my question to y'all: what program do you use to watch stuff?  I used ZoomPlayer for at least a decade, I have no idea what-all is good anymore.  So help me out here, and maybe I'll have more lobsters on the face pictures!

1 I've used VLC Media Player for ages.  It gives you all the control you would want, is open-source, and has never caused me any problems.  Very rarely if you haven't used it in a while it will want to rebuild a cache and that can take a couple of minutes, but even then it's not going to hang your machine, you just have to wait before your video plays.

2 After years as a diehard fan of the CCCP/MPC combo, I finally gave up and went VLC a year or so ago. It Just Works.

3 Potplayer at potplayer.daum.net.  Plays anything thrown at it, and no CODEC anarchy.

4 I install Potplayer (I see I'm not the only one) and then K-Lite Codec pack just in case.  K-Lite will install Media Player Classic as well, which is a light-weight fallback option if you ever have trouble.  I keep VLC around for playing disc-based media, although I don't like VLC's control scheme.

5 CCCP/MPC-HC here. Never had trouble making subtitles go away. (Right click on screen, go to subtitles in the pop-up menu, turn off the subtitles channel.) Although I used to have a setting where doing a screencap didn't copy the titles even if they were on. No idea what that was.

6 Mauser, if that worked I wouldn't be asking for player opinions.  However, the "subtitles" tab is grayed out, no matter what renderer I have running.

8 The main reason I moved to Potplayer from VLC was its very early support of HEVC and HEVC2.  Now that I've used it a while, I find it much more intuitive to do things with subtitles and other settings.  I am optimistic that the new/better/maybe not proprietary/ encodings will be supported early also.
One minus is that it's hard to find or print the keyboard shortcuts.  I need that, since I have way too many softwares (sic) to remember many of them.  And if I double key or drop a book on the keyboard, who knows what are the consequences.  In this case, right click is your friend, keyboard shortcuts not so much.

"...And THAT Will Retire The Side."
Submitted without comment.

Ubu, I Also Accept Credit Cards, Amazon Gift Cards, And Rye Bread "I would pay good money to see a train do that in real life."
-Ubu

At no time did you say it had to be successful real-life multi-track drifting.

Y'know, if it wasn't for the train the cameraman is on, that looked like it was going to work.

1 I'm amused that the meme works even for someone who never watched an episode of Initial D to begin with. I'm laughin' over here.

Test Test This Is A Test
I think we're back!

3 Sorry for the internets garble link.  In other news, the link thing in the comments tools doesn't seem to be working correctly.  After I highlight the text in question, hit the link thing, and insert the address, I hit insert, and nothing happened.  =/  Sorry WD, I'm sure you don't need this on top of everything else.

4 I reported the problem to Pixy a couple of days ago... I suspect he's been a little busy stoking the boilers to bring mee/mu.nu back to life to deal with something small like that.

5 Sorry about that.  Should have the linky thing fixed today.

7 All the editor functionality should be working correctly again.

8 Pixy is the greatest!