Paul Harvey Now Knows The Rest Of The Story. The Radio world, and America in general, has lost an icon.

Chicago-based radio legend Paul Harvey, often called "the most listened-to man in the history of radio", passed away today at the age of 90.  His "News & Comment" and "Rest Of The Story" programs helped millions of people get to work (or in my case, drive home from work) every day.

He had a unique presentation style, to say the least.  His staccato delivery style, mixed with huge pauses ("I'm Paul Harvey...{pause pause dead air pause pause}... Good Day!!!") when combined with a mellow baritone was instantly recognizable.  From a radio standpoint, dead air is the #1 no-no, but he realized that it could also be a great tool and made it work.

His news show were aimed to appeal to the common person.  They weren't intellectual, they weren't partisan (though he was considered "conservative", it wasn't unusual for him to state his displeasure with conservative issues and viewpoints), they were folksy and... warm.  And he was, without a doubt, the greatest pitchman in history.  He didn't take on a customer he didn't feel comfortable with, and advertisers lined up for years to get a spot on his show.  If he took on a product, they were made. 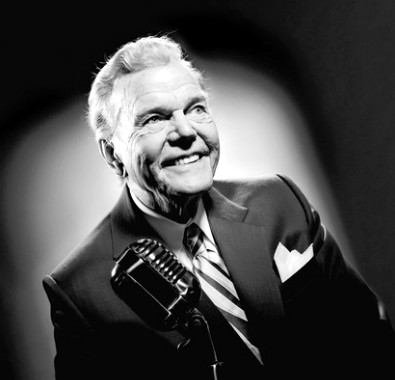 Sprained Knee Update I'm taking an anti-inflammatory that seems to help a bit.  I can actually bend my knee more than 15 degrees now.

Yes, that's exciting.  At least it is to me.

I've also acquired a cane, and it really helps.  Except when I'm on ice... then it doesn't help for squat.

2 Well, at least you're not due to catch any of that snow that's about to plaster New England. A big snow storm right now would be the icing on the cake, as it were.

3 Indeed.  I'd have to figure out how to put a snowshoe on my cane.

It Could Have Been Worse, I Suppose... 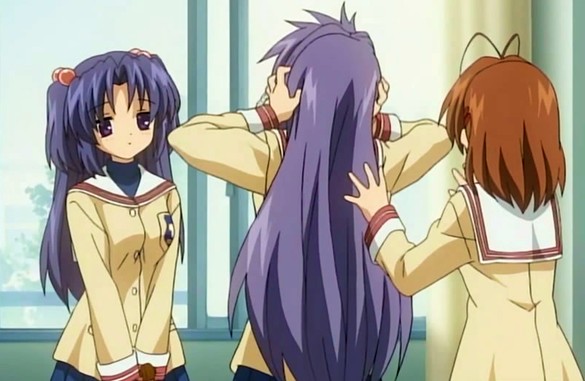 Picture unrelated.
Three weeks ago as I walked from the parking lot to Pond Central, I had the misfortune of slipping on some ice.  While I didn't fall down, my left knee twisted in a way that knees aren't really meant to twist.  It hurt, but it wasn't too bad... until the next day, which was the last time the manager of the Duck U. Bookstore was around (she's on maternity leave).

That day the pain was pretty impressive, and my knee was awfully stiff.  For the next week, it got better slowly, until it really didn't bother me much anymore.  Oh, a weird step would make it hurt, but nothing too bad.  It was making some really cool popping noises, though.

This afternoon as I walked out of the back room at the store, my knee suddenly felt like someone had hit it with a spiked baseball bat.  I swear it was the worst pain I've ever felt, and this is coming from someone who passed 13 kidneystones in 12 months, and had a foot twisted backwards (not at the same time).  Fortunately, it only lasted a second or two, but ever since, my knee got stiffer and stiffer, and it got harder and harder to find a position that didn't hurt.

Well, tonight I went to a medical clinic, and the doc (who looked like she was maybe 15) took some x-rays and checked the swelling and range of motion.  Diagnosis: severe sprain.

Presumably she wrapped it. If not, you need to.

And Now For Something Completely Different...
Yep... made me laugh.  A lot.

1 Ah, those Friday night faculty parties at Texas A &M.... or was it the Saturday night graduate student parties....af remberer now it was the Sunday morningining...combineded..Vet students and , and, and, der graduat members of the fencing club bash... 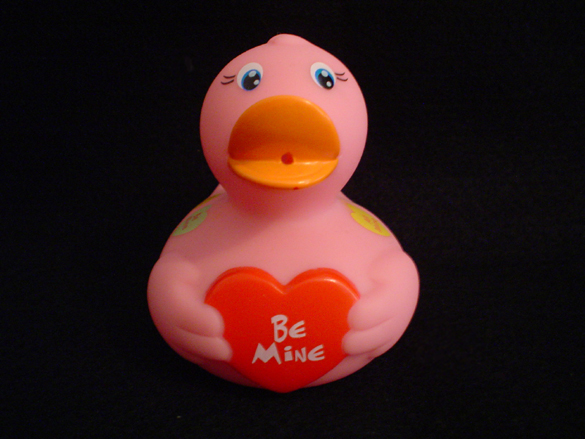 Pizza, beer and Fallout 3 for me and my duckies tonight.

Oddly enough, my other girlfriend gave me the "Lover Ducks" paired set for V-Day. Which makes two themed duck pairs on my shelves (last year it was the Paperchase-branded set, smaller and with hearts on them instead of kisses).

Time to buy a camera so I can get pics of my growing menagerie, methinks. (I think you'll like Rusty...)

2 What an awful thing to say after Valentines Day....

What If...? #2 Outwardly, Warrant Officer Takeo Koyani, pilot of the G4M, looked calm and capable.  On the inside, however, he was cursing everybody involved on sending him on this stupid mission.  "Fly Admiral Yamamoto on an inspection tour of  the Solomons," they had said.  "It'll be easy, and the morale boost will be enormous."  And so it had, these past few days.  Then that airstrip commander at Rabaul had warned of ambushes coming from Guadalcanal, and yet here he was, flying towards Ballale island near Bouganville... in the direction of Starvation Island itself... in a damned "One-shot Lighter."  Still, here he was, and the flight had been uneventful so far.  Buka was nearby, and some additional Zeros would be lifting off right about... now... to provide additional cover.  Then he'd be... well, not safe exactly, but he'd feel a lot better. Then the tailgunner shouted a warning.  With a curse, Koyani pushed the nose of the G4M down, picking up speed to get closer to Buka as fast as possible.  Tracers shot past the cockpit, but he heard the unmistakable sounds of bullets whipping through the fuselage.  Dammit, where was his escort?  A solid whump drew his attention to the left wing, where he saw a huge plume of smoke pouring from the engine.  Suddenly, the G4M snap-rolled that direction.  Koyani frantically struggled to level the bomber out, an American P-38 flashed by, the jungle below looked very green.  "We're going to crash, brace yourself," Koyani yelled as he hauled back on the stick.  Dammit, why hadn't he been picked for fighters?  Why the hell was he here right now anyway?    Some miles away, an IJN minesweeper cruised in the Solomon Sea.  The brief aerial struggle had been in clear view, and the captain radioed back to Rabaul that two G4Ms had been shot down by Lightnings.  That task done, he turned as the man next to him spoke quietly.  "No wonder we lost at Midway.  They've been reading our mail."  The captain nodded.  "Take me back to Rabaul, Captain.  I've got a lot of work to do, and the inspection can wait." As the minesweeper came about, Admiral Isoruku Yamamoto strode from the bridge and began calling for his aides.

Genda was never prosecuted, even though he was the main one who planned Pearl Harbor. After the war he was instrumental in organizing the JASDF.

So it's completely plausible to me that Yamamoto might have been let off lightly, and maybe even not prosecuted at all, had he lived.

2 My favorite "World War II What If?" regards Japan's decision to attack the US in the first place.  As I understand it, the territories Japan wanted to seize for their resources did not include any held by the US.  What if the Japanese diplomats had told the US on December 7th that they were attacking British, French, and Dutch territories in the Pacific and Asia to aid their Axis allies, and to warn the US to maintain their neutrality in that conflict?

Would Roosevelt been able to rally the American people to attack the Japanese solely to protect European colonies?

While deciding to not attack the "weak-willed" US seems out of character for the Tojo government, they had already signed a non-aggression pact with the USSR, even though they had defeated them previously in the Russo-Japanese War.  If the US held no territories that Japan wanted, "what if" they had not attacked Pearl Harbor on December 7th?

Someone asked me about that one, back in the day. (It's the second of the three what-if's in that post.)

I don't buy it as a plausible alternative.

4 Keep in mind that the objective of the Japanese fleet in Leyte Gulf was not to "win the war in a day"; they were not operating under the illusion that they could win such a decisive victory as to render further US offensive action untenable.

What they were trying to do, and what they tried to do later on with suicide strikes, was convince the US that an invasion of the Japanese home islands was too costly, and that a negotiated peace treaty would be preferable. And a decisive victory that crushed the transport fleet at Leyte might have done it; not only would the loss of lives have been appalling, but later revelations that the success was partially (mostly?) due to US incompetence would have been a big blow to morale. The world would indeed have wondered, hm?

But then again, probably not... It wouldn't have even set back the date of the end of the war, given that it was prompted by atomic attack and the occupation of the Philippines had very little (i.e. no) affect on actions against the Japanese mainland. We might have nuked Kyoto, maybe...

I Hate Illinois Zombies! Here they come... the zombies left Texas, now they're in southern Illinois.  Oh, sure, the authorities deny everything, but they're coming... they're coming.

1 I love the fact that there is a "Zombiepedia".

Well, it was new to me... Watching last night's SuperBowl, I finally figured out what bothered me about Steelers' coach Mike Tomlin: 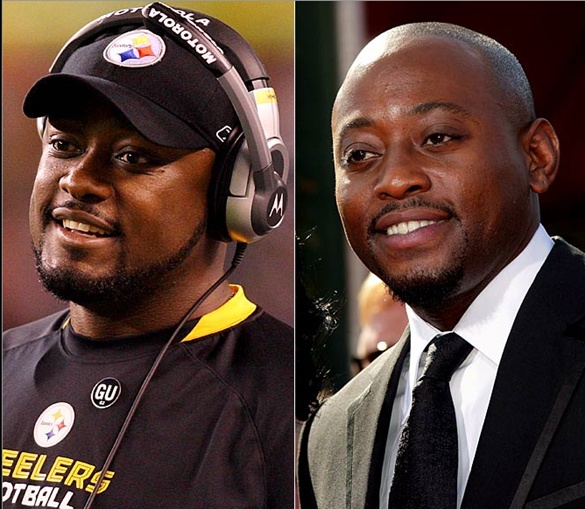 Turns out this has been noticed before, by only about thirty gazillion people.  Well, I didn't know!

1 You know what bothers me about Mike Tomlin?

He coaches the Pittsburgh Steelers.

I hate to see the Steelers win anything, let alone the Super Bowl, but that was a great game nonetheless.

Stealing From Brickmuppet... It's Brickmuppet's Wonderduck's Banality Blogging!  To avoid boring whatever readers I have left, the details are below the so-called fold.  For everybody else, here's a nice picture which is completely unrelated to the subject matter: 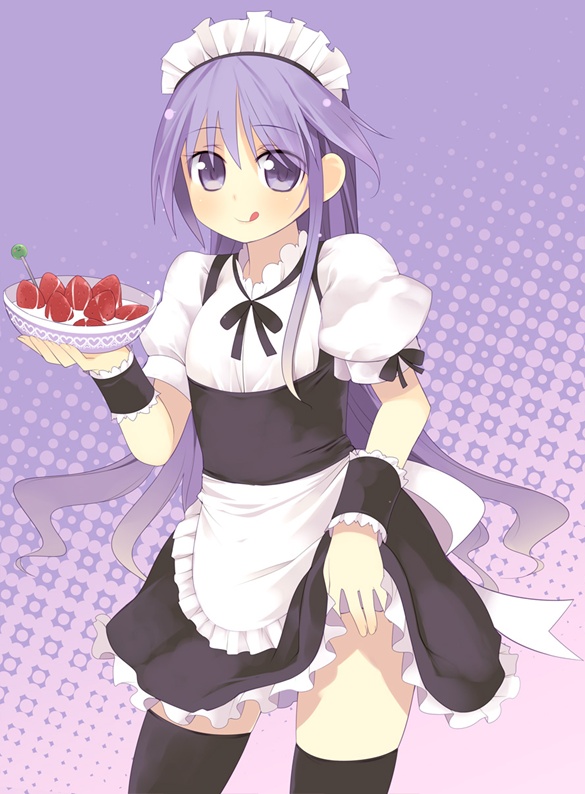 2 I am sorry to hear it as well, Wonderduck.

3 Hope things take a turn for the better soon. My trap-sense is tingleing at that picture! Isn't it Jun from Happiness?

4 Think happy thoughts... Melbourne is only 52 days away! I can almost hear engines reving now!