Urgh I actually find myself at loose ends as to what to write about right now.  Nothing is really leaping out at me... anybody got any burning questions you want answered with a post?  This is the perfect time to ask me!

1 Why did the third Madoka movie suck?

2 The answer doesn't have to be long and elaborate with lots of frame grabs; a paragraph will do. I just want to know why I'm avoiding it.

3 Are you still playing KSP, and if so, what have you achieved?  Any interesting unplanned rapid dissasemblies or lithobraking experiences?

4 David, no, I'm not.  A recent update made it unplayable on my graphics card... which should be reason enough for me to install the "new" one that I've had sitting here ready to go for nearly a year.

5 Steven, this wasn't that long ago.

6 Why does your blog site banner look so fishy?

7 Your thoughts on fairness or justice vs. MLB's protected status regarding the currently-in-force Players' Contract that allows a controlled talent to be kept under team control for an extra year by spending the first month of the season on a minor-league team. 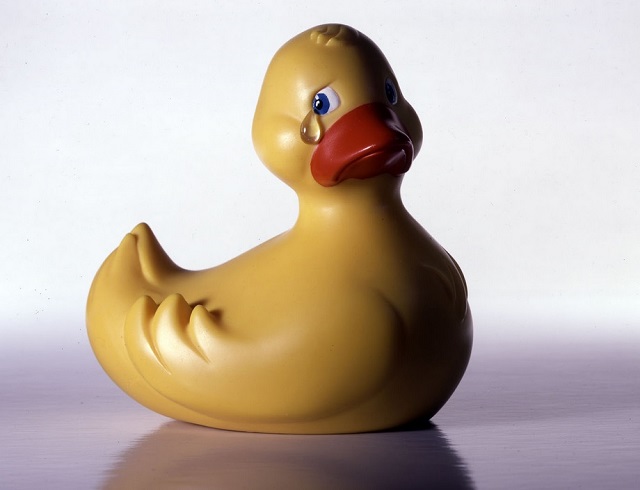 1 All I can offer is support - each one has to find his own way.  Take care, amigo.

...pation. Some of you with memories longer than that of goldfish may remember that I had a job interview a couple of weeks ago.  This was the company where I had to take a Wonderlic test, and they discovered that I had a giant pulsating brain. 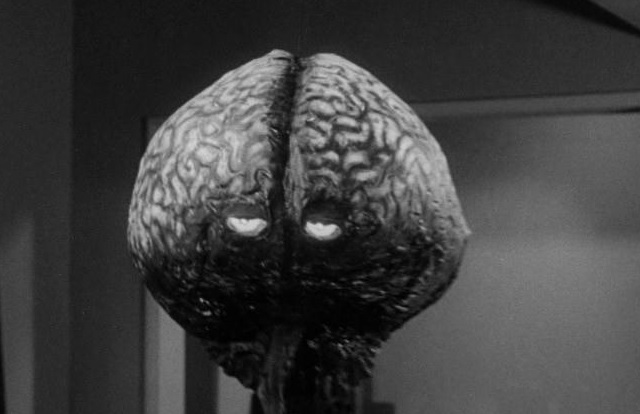 After the interview they said that they'd let me know "early next week."  After it became LATE "next week", I e-mailed the company HR person to see where the matter stood.  The reply was pretty much exactly what I expected: "We're still trying to decide, we'll let you know."  Well, my thinking went, I've done my part, all I can do is wait.  So wait I did. 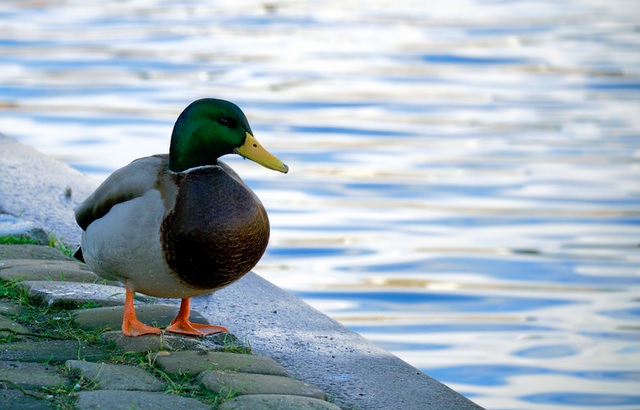 The supposed start date of March 16th came and went.  I wasn't terribly surprised, as they had said that they could push it back if they didn't have enough qualified applicants.  However, I'd be lying if I thought this an encouraging sign.  Well, whatever.  Today, as I was getting dressed to have lunch with the folks, I received an e-mail from the company.  In effect, they were scared of  my giant pulsating brain and decided to hire dullards instead. 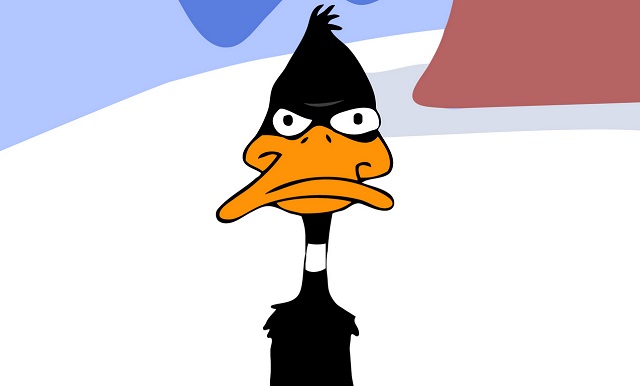 I have been told in the past that I'm too smart for my own good.  This is the first time that's really the case.  The intelligent part of me knew this was coming, it's not a surprise, so on and so forth.  It still really, really hurts.  I wanted this one badly, and nope, not good enough.

UPDATED:  Since I applied for the job through CareerMonster or one of those jobsites, I get e-mails from the company occasionally saying "here are some positions you might find interesting."  It's just after midnight, and one just popped up.  They've got six more openings.  So much for keeping my application on file, huh?

Remarkably accurate representation of the company and Wonderduck.

1 There was a story arc with a similar outline in the beginning of The Trenches. I bring it out every time this happens.

3 You obviously failed the American teachers' unions by not being a lo-info drone sans ability to reason.  Donate 25 IQ points to the nearest anti-Mensa chapter in Duckburg and apply again.

4 Well, that's the trouble with testing -- there's plenty of advice and help on how to do better, but not enough on how to do worse.

Maybe there's a business opportunity:  test-antiprep courses that excessively smart people can take when they need to look like amiable conformists within +1 or 2 standard deviations of average.

And, of course, the trouble with smaller cities -- much more acting talent is required in order to go back with a disguise and an alias and see if you do better.

"But seriously, folks:"  People who for whatever reason are committed to a smaller city or a rural area, and have more capability than the local economy can absorb would seem to be an untapped stratum of human resources.    There's a lot of talent lying fallow for lack of an efficient  way of using it (and corporate culture that can accept a nontraditional work situation)...

5 If it were California, our host would've been considered within an easy commute range from Chicago. I lived like that for a few years. Unfortunately, it is not California.

Terry Pratchett I read Terry Pratchett's works only rarely.  Good Omens, certainly.  His retelling of the "Faust" story in the Discworld universe, yes.  Maybe Carpe Jugulum, I can't remember.  But that really covers it, pretty much.  I remember being unhappy when I heard he had had a stroke, and quite vexed with the cruel universe that would find it humorous to afflict an author with Alzheimers.  But it didn't really hurt me, y'know?  Not the way Anne McCaffery did, for example... possibly because Pratchett could still write; Alzheimers is a progressive disease, after all.

Terry Pratchett passed away today, and I didn't really feel anything when I heard the news... until I read his final tweets announcing his death.  If you're unfamiliar with Pratchett's writings, one of his main characters was Death itself, who always spoke in capital letters:
AT LAST, SIR TERRY, WE MUST WALK TOGETHER.

Terry took Death's arm and followed him through the doors and on to the black desert under the endless night.

2 Yeah... almost no effect on me, but a lot of friends are pretty broken up about it. Man, 2015 has decided to come out swinging, hasn't it?

When Prachett learned he had Alzheimers, he said he was going to investigate physician-assisted suicide, particularly in a clinic in Switzerland.

I'm finding myself thinking he got someone in Switzerland to give him a lethal dose of something painless, and that this morning he took it, at home.

4 Reportedly not, Steven, but one never knows.

5 I think assisted-suicide is against the law in the UK, so of course they wouldn't admit it (for fear that his family or friends might face legal repercussions).

6 It was widely reported that Pratchett had some kind of respiratory infection in his chest, and that he just didn't manage to fight it off.

Very few people try to kill themselves when they've got pneumonia or colds, oddly enough. I suppose that having something infectious tends to focus the brain on survival.

I Don't Know CREATIVITY!  It's not all it's cracked up to be.  I'm fairly certain I'm either halfway or two-thirds of the way done with the project, but much of the time the image of this part or that part of the project that I have in my head isn't matching up with the results.  I think it's because my tools are limiting me... they aren't flexible enough... and my workarounds aren't "working around" well enough.  Of course, you know what they say about the craftsman who blames his tools. 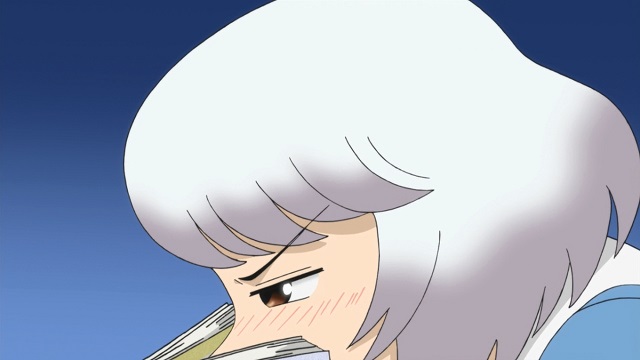 I know that the last batch of Creativeness will make or break the project... it's been the focal point of the whole kit 'n' kaboodle since Day 1, after all.  Everything I've done up to this point has been getting me "warmed up," if you will, for the big stuff.  I've learned the hardware, played with the equipment, expanded my efforts (perhaps too far), and if it works, it'll be spectacular.  If it doesn't... well, "nothing venture nothing win" and all that.  It will have still been worth doing.  At least, to me it will have been.  I'm not sure what you, my assembled readers, will think.  That's always been the case, of course... make a mistake and the horde will tear you apart and leave your broken and bleeding carcass lying in the dirt.  If you're lucky. 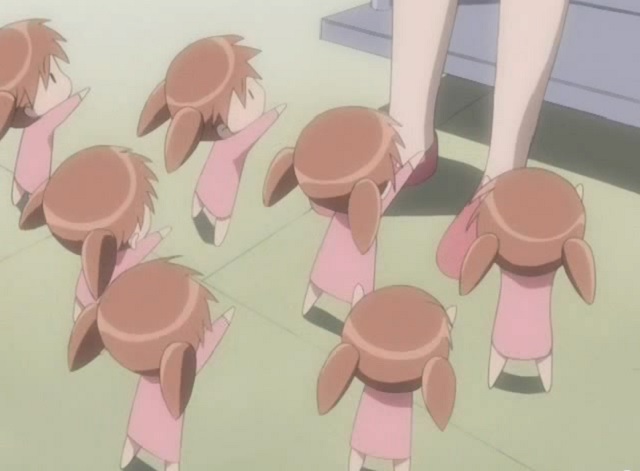 If you're not, they'll take your broken and bleeding carcass with them, and what happens after that is anybody's guess.  One thing is for sure, though: it won't be pretty, and it'll likely be illegal in most states.  And countries.  Probably galaxies, for that matter.  I didn't even know you could do such things with with the pancreas!  So, yeah, and all that.

1 A poor craftsman blames his tools.

Because he has crap tools.

(That's how I turn the old expression around.)

2 If you're doing such things with a pancreas does that make it hanky-pancre?

Hmm. No, no it probably doesn't. Damn.

Do NOT Mess With Granny... 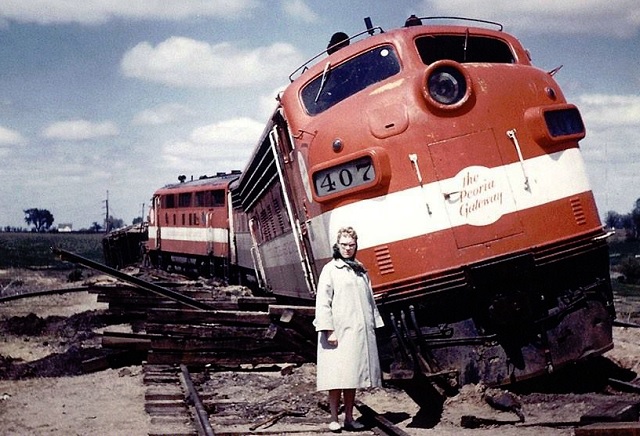 ...she will not hesitate to make your world a nightmare.

2 I'm with you. How did that engine derail? Why didn't the company come in and save it? Even if it was going out of business, that engine is valuable and could have been sold, unless there's something wrong with it.

4 Pixy apparently followed the same search path that I did!  Minneapolis & St Louis 407 was a F7A built by EMD in November of 1949.

The accident took place in December of 1960, outside of Oskaloosa, IA.  The woman in the pic is the wife of the train's engineer; he's probably the person who took the photograph.  I can't find any details on what the wreck was.  Did the broken ties cause the derailment, or did they get that way when the train fell down?  Did it hit something?

It is a puzzlement.

It  sure looks like the track burned. Whether that was sabotage before the wreck, or consequent damage after it, we obviously can't tell.

But if it was operating at yard speed, then hitting a section of track that was ruined wouldn't cause a catastrophe after a derail.

6 The Internet says the old railroad merged with the "Chicago & North Western" in November of 1960, if that helps, so technically it wouldn't be a Minneapolis & St Louis train wreck.

7 I don't know much about trains but take a question I can't answer as a personal challenge, so here are some details on how I couldn't answer it.

Hofsommer's The Tootin' Louie makes no mention of sabotage and only one incidental mention of locomotive 407, but the pages available for preview on Google Books paint a grim picture of the year 1960.  In the context of a national recession, the year saw  the end of the railroad's dying passenger service, then, in November, finalization of a takeover by the Chicago & North Western, which in both layoffs of redundant employees and managerial attitude did nothing to help M&STL morale to say the least.  This doesn't answer the question, except inasmuch as it fails to rule-in sabotage, but is tangent to a few points below.

I'd have to see a bigger, higher-resolution picture to guess whether the ties look burnt or just like creosote-impregnated wood (old wood -- I'm guessing that a modest-sized railroad in financial difficulty got their money's worth out of the  infrastructure).      Some of the rail seems... messy and blackened with something, but the ground doesn't look burned or heavily spilled upon either, to me.    The loco doesn't look burned at all, nor heavily damaged.

I'm not sure what that is in the background -- some kind of work car?

Anyway, it doesn't look like a very high-speed wreck, certainly, and it wasn't a big enough detail to be worth a mention in the book.

After all that, my Google-fu and amateur-NTSB ESP unequal to the task, I must say I have no idea of what caused this,  unless Granny took that pickaxe lying at her feet and  knocked it sideways off the tracks... or perhaps  glowered at it in such disappointment at its behavior that it just jumped.

So then what happened?  Nothing especially notable, I guess, just the  last years of a small ordinary locomotive that'd had its unexpected moment of fame.  This page makes me think it was bought in 1949 and retired --  traded in to EMD,  apparently -- in 1963.  (Not to be mistaken for a different F7A of similar vintage, original to C&NW and also designated 407, which served   RTA  until 1983, if I interpret this page correctly.)

By implication they must've repaired the track and retrieved it.