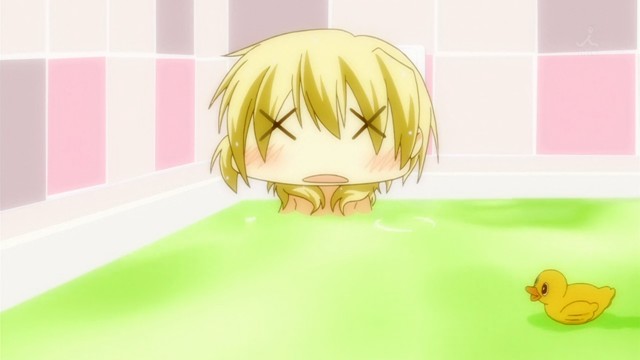 Taste The Intrigue. Feel The Danger.

Well, THAT Was A Code Brown... Imagine this, if you will:

Outside The Pond, there was a thunderstorm going on.  A big one.  One that, in fact, had spawned a tornado an hour earlier.  Accompanying the thunderstorm were pretty decent winds, small hail, and what looked like the entire contents of the Gulf of Mexico.  Despite all that, the temperatures only dropped five degrees when the front came through.  Unfortunate, as it's been kinda hot and humid-ish all day.  Still, it looked like the front was moving quickly and everything would be calming down in maybe 10 minutes.

And then the tornado warning sirens began to go off. 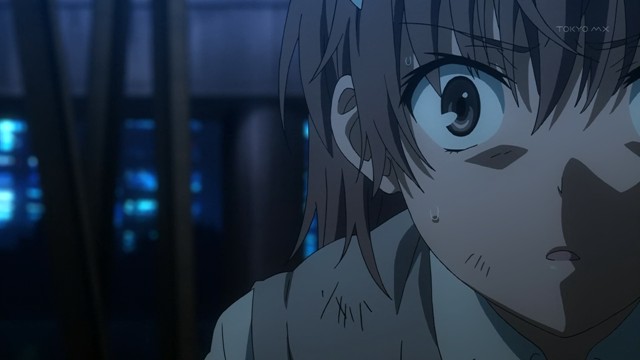 I got off the internet and headed for the hallway that leads from my living room to the bathroom, while grabbing the TV remote and calling up the good local news station... only to find that nobody knew why the sirens were going off.  A minute or two later, they stopped.

UPDATE, 5/20:  Found out this morning that the sirens went off because a police officer saw a funnel cloud over the city.  Good call.

1 I feel for you.  This has been the most... uh.. interesting weather season we've had in Texas in the last couple of years.  I spent last Wednesday night helping my older daughters get through their first real tornado sirens.  All these years living in D/FW and I still jump when the sirens go off.

The Saddest Thing Ever 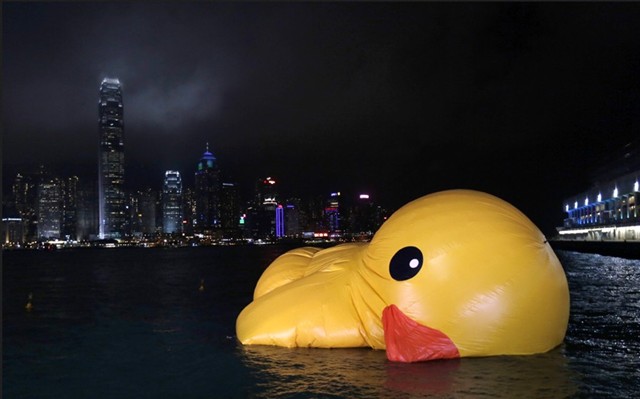 All good things come to an end...

5 But wait! The Duck will be sailing into Pittsburgh on September 27th!

Simply Amazing How is this video not being hailed as one of Humanity's Great Accomplishments?

It's worth watching in HD... go ahead, I won't mind

In my lifetime, we've gone from grainy black-and-white video of Neil Armstrong's small step that the entire world watched... to a Canadian mission commander in a more-or-less permanent space station orbiting the Earth, just shortly before he returned to Earth in a Russian capsule, singing a song originally recorded by a Brit a month before that first moon walk.  And it's all in glorious high definition video.

When did the world get so blasé about stuff like this?  How did we let it get so jaded?  What's wrong with us???

1 And he posted it from orbit.

2 Yes, it's probably one of the ultimate cool things. But once something gets into the range of possible, it also tends to become something normal. And we react appropriately.

This is simultaneously one of the high points of art and technology ever, and just some guy singing folk/filk while stationed faraway, which is totally normal; and passing the tapes along, which is also totally normal.

I'm still worrying about the spinning guitar thing. Guitarists are usually more protective of their instruments than that. But it was cool.

3 I _am_ very happy to see that the views went from a couple thousand to eleven million since my first viewing. I mean, that was a bit weird.

4 Banshee, don't make me lecture you about raw URLs.  Use the buttons and everything'll be cool.

5 Frankly, I'm depressed that we have had to settle for 'dude in low orbit (instead of on the moon) doing silly things on camera'  for longer than I've been alive.

6 I think I rather liked Commander Hadfield's video of wringing out a towel in zero-g.  I never would have guessed how it played out.

7 Curious as to what Bowie has to say about it.

8 Mauser, ask and ye shall receive!

Teh Cute!  IZ TOO MUCH CUTE!

1 When I saw the gif version in ICHC, I was tempted to notify you, but I figured with your knowledge of all things duck, you'd have already seen it.

orz Many of you, my hale and hearty readers, may have noticed something of a decrease in my output of free ice-cream as of late, and arguably a decrease in quality as well.  This is an observation that I would tend to agree with.  My long-time readers, probably less hale and hearty owing to being here longer, probably have some inkling as to why this is occurring.  To whit, Finals week begins on Monday over at Duck U., and that means it's book buyback time at the Duck U Bookstore! 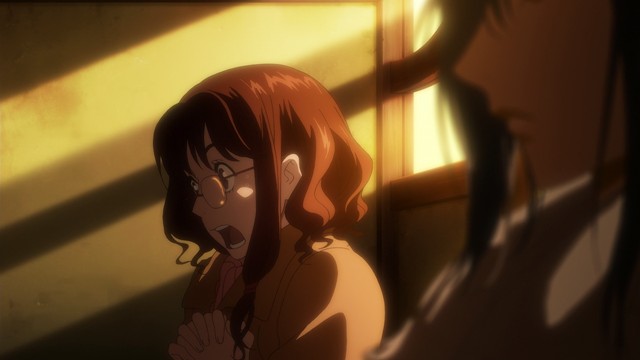 "But Wonderduck," I hear you saying, and I do wish you'd stop that, it's disturbing, "that's next week, not this week, you numbskull."  To which I reply, "Yep.  And there's nothing that needs to be done to lead up to that week, nothing at all."  Sure, it isn't quite as busy at next week, but it's busy enough... and that brings me to what's going to happen with my F1 coverage. 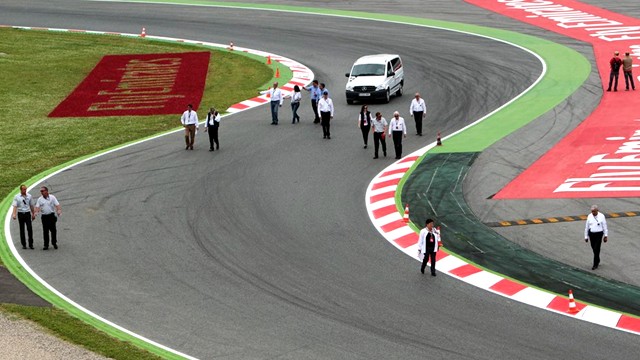 I will be working on Saturday.  We have a registration and orientation day for incoming students, and I'll be manning the Duck U Bookstore cash register from 10am to 5pm.  As one can imagine, my coverage of Quals will probably suffer somewhat.  Allegedly I'll be leaving the store around 3pm on Friday, but that's more a hope than a for-sure.  Practice coverage, never my strong suit even in the best of days, may suffer, depending on when I actually DO leave.  At least race day won't be affected.  I'll admit to hanging on by my wingtips right now... there's so much to do, and my energy levels are somewhat low. 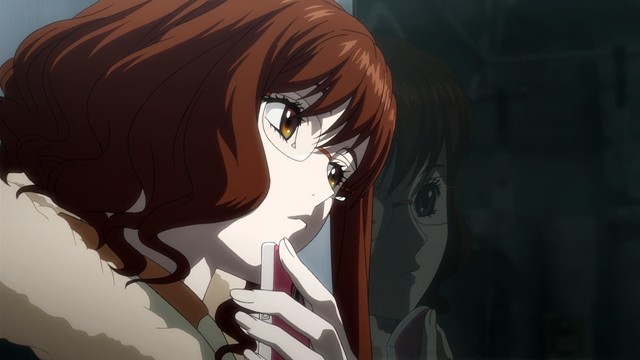 The good news is that I've continued to slog away at the first writeup of Eva Movie 1.11, and it's looking like it'll be quite good.  If you know what I mean.  So there's what's happening.  I'll try to bring you more soft-serve ASAP.

1 I fully understand, having put in a couple of 65 hour workweeks in a row, how work can have a detrimental effect on one's blog output.  (I just need a little help with the new "Posting pictures out of a zip archive" feature.  I e-mailed the help link, but a reply hasn't come yet.)

Go visit Pixy's place, Mauser... I betcha you'll get a response there!

3 Actually, I remember it being mentioned on SDB's blog, so I did a search over there, and eventually found where it was originally mentioned  - Interestingly enough, it came out in response to my worries about how many individual uploads the final episode of Mysterious Girlfriend X would take.  I never did get around to posting the rest of those.  But now that I have a version of Photoshop for my PC (The infamous free version of CS5) and this trick, now all I need is the free time to finish editing.

MUV-LUV will be a review to remember....

(Still, the thing should be mentioned in the help pages.)

Words To Live By

2 Honey, get the shotgun and baking pan.  We're going to have roasted bird tonight!