Reliving The Nightmare It was six months ago today that Momzerduck passed away.  I still find myself wondering why the telephone doesn't ring around 7pm every night.

Wow.  I thought I could write about how I'm feeling, but I find I can't without losing it.  Instead, I'll just leave this here: 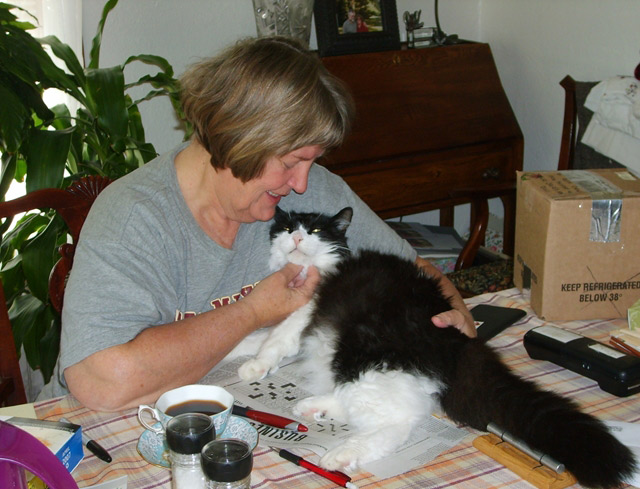 I miss her so very much.

1 This is a great photo. You can sense her warmth.  A wonderful woman.

Midway: The Forgotten Plane The list of aircraft involved at the Battle of Midway reads like a roll call of legendary planes.  The best fighter in the world in 1942, the A6M Zero.  The Aichi D3A Val and Nakajima B5N Kate, striking arm of Kido Butai.  The F4F Wildcat, sturdy and resilient.  SBD Dauntless, the premiere dive-bomber of WWII.  The hapless Brewster Buffalo.  The tragic TBD Devastator.  The PBY Catalina played a major role in finding the Japanese fleet.  Even the B-17 Flying Fortress, B-26 Marauder and TBF Avenger made small but dramatic appearances in the battlespace.

Oft neglected amongst all these stellar names, though, is a little-known dive-bomber flown from Midway by Marine squadron VMSB-241 known as the SB2U Vindicator. 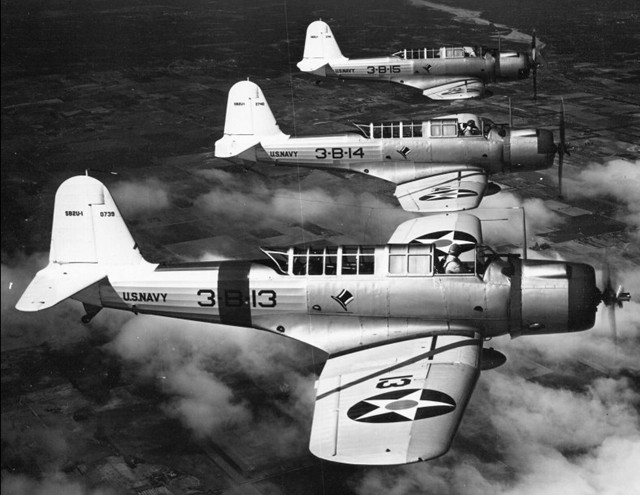 Designed to a 1934 US Navy requirement, it entered squadron service three years later.  On the whole, the Vindicator was a bland, inoffensive airframe with no outstanding qualities or drawbacks.  The US Navy's first monoplane dive-bomber, it could carry a 1000lb bombload and was armed with two machine guns, one on a flexible mount for the observer and one firing forward.  Like many planes of the time, the rear fuselage and tail were fabric covered.  Powered by a 825hp Pratt & Whitney engine, it could cruise at 150mph and maxed out at 243mph.  While equipped with dive brakes, these were found to be dangerously ineffective, meaning that pilots were forced to extend the landing gear when performing a steep diving attack.  This limitation was countered somewhat by use of a reversible-pitch propeller.  It also had a habit of shedding fabric from its airframe in a steep dive.

When war broke out in Europe, France was desperate for aircraft of all types and placed an order for 90 V-156 (the export version of the Vindicator), though only 40 were ever delivered to the Aeronavale, and 24 entered squadron service.  Though originally acquired to serve on the CV Bearn, that ship sortied only rarely and never with any V-156s on board.  Thus when the German blitzkrieg rolled into France, the Vindicator operated from land bases only.  Most of the French aircraft were destroyed on the ground, and the rest were quickly worn out from nigh-constant (and mostly ineffectual) use.

The British Fleet Air Arm also used the Vindicator, though they called it the Chesapeake.  Amusingly, their pilots gave the plane the epic nickname of "Cheesecake."  Intended for use on escort carriers for anti-submarine duties by 811 Naval Air Squadron, it was quickly discovered that it was wholly unsuitable for such short flight decks.  Withdrawn from carrier duty, 811 Squadron's Chesapeakes were replaced by the Fairey Swordfish and used for training.

The US Navy put SB2Us on four of its carriers between 1937 and September 1942, the USS Saratoga, Lexington, Wasp and Ranger.  It provided stout service but was quickly phased out of carrier service when the SBD Dauntless became available.  It was around this time that the Vindicator earned its second great nickname when it became known as the "Wind Indicator."  Aboard the Ranger and Wasp, the Vindicator provided cover for multiple Atlantic convoys, while in the Pacific the Navy gained valuable experience in operating dive bombers off of carriers pre-war.  Despite this, no Navy SB2Us ever saw combat.

It was in service with the US Marine Corps that the Vindicator experienced its first (and last) action.  The Marines were provided with a variant of the SB2U, the -3 with more armor and a much larger fuel tank.  The fuel tank allowed VMSB-241 to fly the 1200 miles from Hawaii and Midway, which was at the time a world record for single-engined planes over water.  The squadron reinforced Midway just before the battle itself.  There were 11 Vindicators in VMSB-241, along with 16 Dauntlesses.  Squadron leader Lofton Henderson put his best pilots in the SBDs, leaving the SB2U-3s, under command of Major Benjamin Norris, to be flown by true rookies, many of whom had never actually executed a dive bombing attack.

On June 4th, 1942, this mixed squadron attacked Kido Butai.  With their higher cruising speed, the Marine SBDs arrived over the Japanese fleet some minutes ahead of the slower Vindicators.  While the Dauntlesses went after the carriers and thus were treated rudely by the Japanese CAP, Major Norris realized that, with his slow planes, his detachment stood no chance of surviving a run at the CVs.  Wisely, he and his rookies executed glide bombing attacks on the nearest Japanese capital ship, the battleship Haruna.  The 11 SB2Us scored a few near misses, which did no damage to the battlewagon, while losing two planes to Zeros, while battle-damaged Vindicators ran out of fuel on the flight back to Midway.  As with the TBF and B-26s, the SB2U-3's main role in the Battle of Midway was to keep Kido Butai busy defending itself from attack, preventing it from launching an attack on the American fleet.

By early 1943, all Vindicators had been withdrawn from mainline duty, reduced to training roles, and subsequently forgotten. 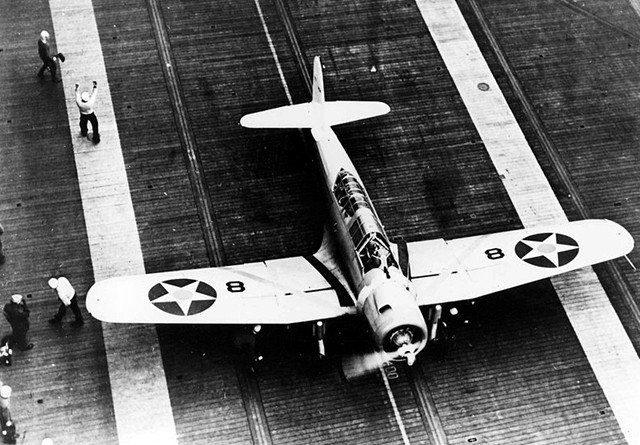 1 Glad to see you running another overview of a "forgotten" airframe.  The nickname "Wind Indicator" kicked over my giggle box when I first heard it too.  Well done!