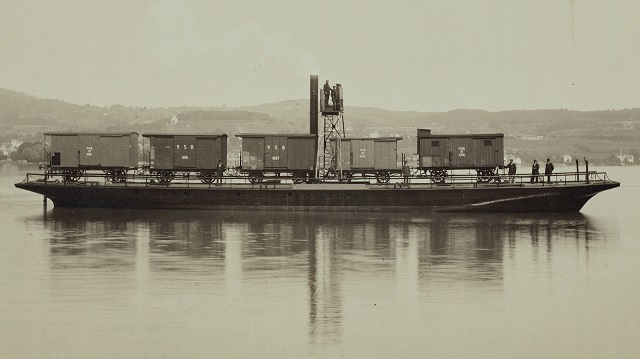 Cubswatch 2016: End Of The Celebration As you know, I've been reveling in the Cubs winning the World Series this past season.  I'll admit that I'm still at the point of breaking out into a grin whenever I head "the Cubs have won the World Series."  However, every good thing must come, eventually, to an end.  On Monday, Martin Luther King Jr Day, the Cubs paid a visit to the White House.  The resulting event with President Barack Obama was pretty special.

I'm not going to get political, that would go against every reason I created The Pond.  I will say that that was a fun speech from the President, one I didn't think he had in him.

This event seems to be a good time to close the book on the Cubs' amazing 2016 season and to start looking ahead to 2017.  Spring Training is just around the corner... can another World Series run be in the offing?

Perfect Day Engaging In 3... 2... 1... (UPDATED) I should have known what sort of day this was going to be when I woke up before my alarm, rolled over, curled up perfectly in my comforters... just in time for the alarm to go off.  Never a good sign, that.  After my usual morning peregrinations, I pulled on my fleece and checked the weather forecast for the day.  Freezing drizzle since late last night, changing to flurries and later, all rain.  Sweet.  Out the door of Pond Central I went, down the stairs and was greeted by... 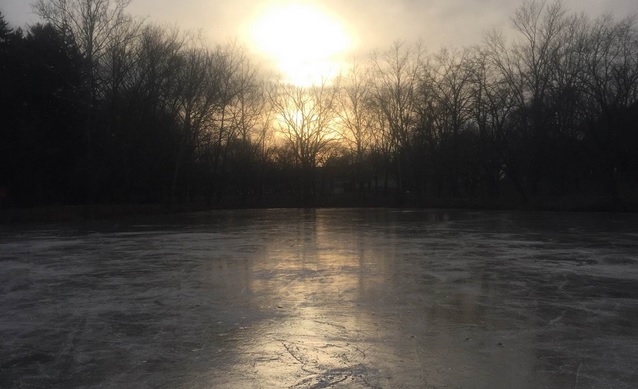 ...oh dear.  Sidewalks with no salt or sand, grass with a sheen of water-covered ice, and a weird mix of rain, sleet, and slurry falling from the sky.  The parking lot didn't look much better.  Still, looked doable: just take tiny steps and watch where you're going.  About halfway to the parking lot, I realized the sidewalk was much more ice-covered in front of me, so I diverted towards the lawn.  While my shoes would get wet... there looked to be a good half-inch of water on the ice-covered lawn... that would be much better than slipping.  And then things happened quickly.  One foot shot out from underneath me, the other one sort of flailed at the ground trying to get traction, and... 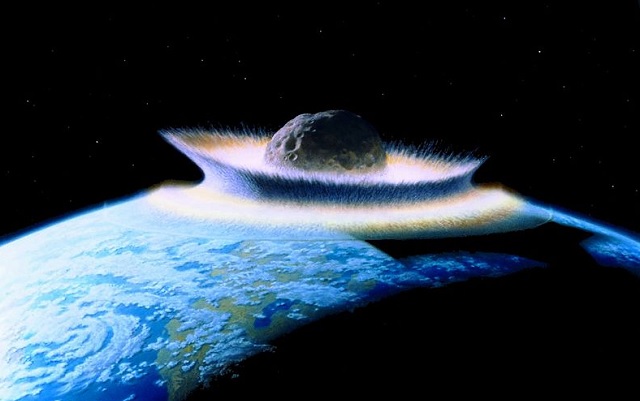 ...the amount of pain engaging my knees was astounding.  I seemed to be in one piece, but I was face down on the grass, already soaked, and then I realized a lot of other things on the front of my body hurt.  I rolled onto by back, and that hurt as well.  Well, nothing for it, gotta stand up no matter how much you hurt.

I couldn't do it.

I couldn't get any lift off my right leg.  Partially because of Holy CREPE my knee hurt, but mostly because of the mud, water and ice I was lying in... my foot couldn't get the traction needed.  Which is when it hit me.

I was going to have to crawl.  If I could make it to the stairwell, I could use the railing there to stand up.  And so I did.  Some twenty minutes after I made impact with the ground, I got back into Pond Central, immediately changed back into sweats and a light sweater, and called into work for the day, explaining just what had occurred.  The news later reported that Duckford had gotten a late start on salting the roads, so they were horrible too... would have made for a fun drive to work, what with it mostly being on tertiary streets and all.

So half a day later, my right knee is swelling, hot, and bright pink.  My right shoulder feels like it got jammed on impact.  My left wrist hurts right where it sits on my keyboard's wristrest.  My back is sore.  Worst of all, my MP3 player has ceased to function.  It looks okay, but the screen doesn't light up, and when I connect it to my computer, nothing shows up.  I'm guessing it being in my right front pants pocket, having me fall on it, then get soaked in freezing water for 20 minutes might have had a deleterious effect on it.

UPDATE: The MP3 player works!  My cellphone, which had gotten very quiet (both earpiece and external speaker), now works!  My knee... well, it functions.  It's still bright pink, hot and tender.  I'm tentatively declaring my right shoulder "borked."  I can't lift my right arm over my head without a lot of discomfort.  My left wrist now only hurts when I move it.  So that's an improvement.  But the electronic devices work, and that's the important stuff!

2 GD, this morning the mp3 player said that it had a drained battery.  Yesterday it didn't show any sign of life at all, this morning is at least flashed "low batt" at me.  It's currently plugged into my computer charging, and maybe it's not actually dead.

I can see a couple of ways the battery could have died... I may have left it on, but paused, overnight.  We'll see when I get home!

3 It's unusual to see, but there's ways to drain a rechargeable battery beyond the normal amount--I did it accidentally with a tablet recently, when it froze up during a reboot, and the battery is non-replaceable so I couldn't pull it.  Hopefully you got lucky and all that happened was the water caused the battery to fully drain.  (There was a story last year, I think, about someone who left a Tesla in a garage, unused, for months, and the battery discharged like this--but in a Tesla, this will apparently actually destroy the battery beyond repair, and the guy who did this had to replace the entire battery pack at his own expense.)
Charging it overnight can fix the problem--the device seems to need several hours of charge time to get enough charge to where it's only normally-depleted, and then it will charge like normal.  At least, that's what happened with my tablet.

4 Also, I hope you didn't injure your knee badly, and it heals quickly.

5 Well, crud.  Keep an eye on that knee.  There could be things torn up other than just the bendy parts.

6 Good news on the MP3 player, now if we can convince the meatbag parts of the equation to return to working order. Sounds unpleasant, hopefully you are able to heal up soon, sir.

7 Sounds like both knee and shoulder could using icing and ibuprofen.

8 Something to potentially brighten your day a little. The makers of Monopoly has a poll out for potential player tokens in a new variant of the game. One of the tokens in the running is a statue of a rubber duck.
http://www.votemonopoly.com/

9 Hope your knee is feeling better.
I have done the knee skid landing before and temporarily got bursitis out of it. Ended up spending a lot of time with frozen peas or other small icepacks on my propped up knees. Also did a fair amount of walking backwards downstairs until my bursas got better. Also ibuprofen and such.

10 So, injury + 7 days update time.  My left knee is acting much more abused than my right now.  I refuse to speculate as to why.  My right shoulder is messed up (medical term).  Whatever I did to it aggravated an existing problem that caused it to hurt when it was swiveled to the rear (imagine reaching behind your back without turning your torso at all.. that move of the shoulder is what I'm talking about).  I now have problems lifting my arm above shoulder level.  For a while there, I couldn't lift a 2-liter bottle with that hand.  I fear my pitching career is over.

Confirmation Of Suspicions Back when I watched Interstellar, I was quite enamored of the sparse yet fully orchestrated soundtrack by Hans Zimmer.  However, I couldn't quite get the feeling out of my head that I'd heard it or something like it somewhere before.  Tonight, I stumbled upon this...

...and yup, that's what I was thinking.  The music for Interstellar clearly isn't the same as instrumentation by Philip Glass, but it surely did punch that particular button for me.  I mean, here's the music from the docking scene, called "No Time For Caution"...

...and here's the ending of Koyaanisqatsi, the scene that everybody's seen at least once...

I do hope Zimmer bought Glass a nice dinner first.

(no, this post wasn't an excuse to put music from Interstellar on here.  not at all. why would you think that?)

1 I see what you mean. (Hear. Whichever.) It's not a ripoff but it's certainly a spiritual sibling if not a direct homage. It's... Glassian, for lack of a better descriptor.