"Aaaaaaaaaaaaaaaaaand NOWWW... the starting lineup... for YOUR..."
The year is 1997.
Simply the greatest sports introduction ever.  Many have tried to copy it, including the Bulls themselves, but nothing really comes close.  The reason for that is quite clear: one man, and it's not Michael Jordan.

The intro wouldn't be (and isn't) the same without Ray Clay, the PA announcer, the unsung hero of the Chicago Bulls dynasty of the '90s.  Just watching that clip sends shivers up my spine.

Don't get me wrong: today, the video package is better, the effects are better now (and Benny the Bull waving the flag at center court is cool as heck), but without that voice, it's just not even close.
No, I don't have a point, why do you ask?

And in some hospital in Chicago in 1968, I was hatched and unleashed upon an unsuspecting world. 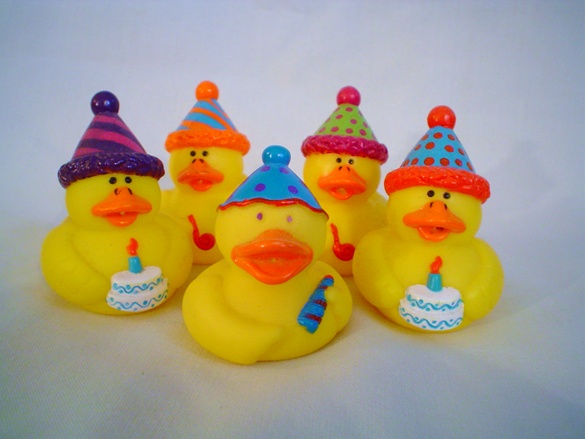 (I can mock but gently: I'm just a few short years behind ya.)

2 Happy birthdayWonderduck! I raise my St Georges day pint to you

3 Quacky Birthday! I'm a Taurus, too! I should send you a duck...Hmm. I just put in an order for Duckfest ducks today. I could send you one when I get them in a couple of weeks. I think I told you about Duckfest out here in NYC? Anyway-don't know if you have ever been on Duckplanet.com. but you might get a kick out of it. Happy Birthday again! Let me know if you would like a duck. 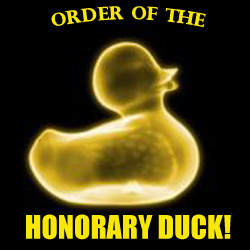 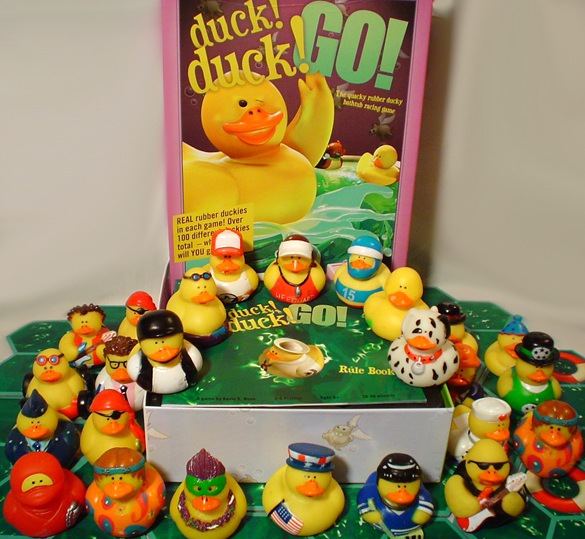 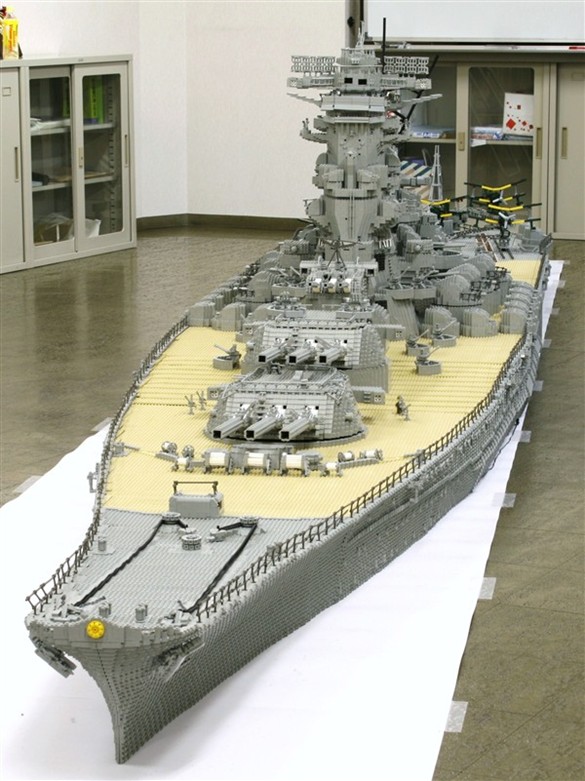 Only slightly less useful than the real thing.
See more pictures of this 100,000-brick behemoth at Project Yamato.

1 They forgot the "Soda is available" banner.

Dave Arneson Has Also Failed His Saving Throw Dave Arneson, co-creator of D&D, passed away yesterday late Tuesday night.  He was at least as important to the seminal pen & paper RPG as Gary Gygax, though not quite as well recognized.  Essentially, he took a set of rules for large-scale battles and turned them into something appropriate for one-on-one fights... and that turned into D&D.

I wonder if he'll get the same sort of accolades that Gygax did last year...?

UPDATE: The Order of the Stick understands the importance. 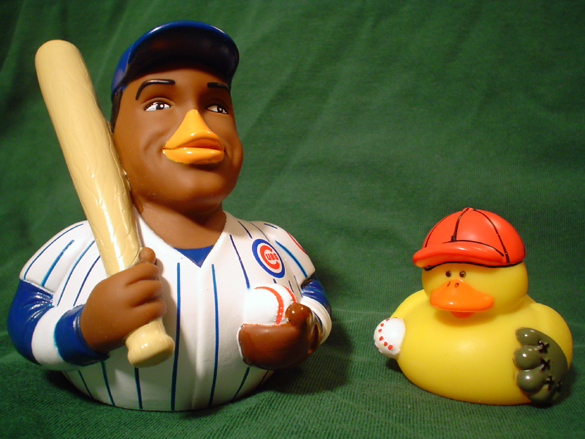 Yes, I'm aware that the Braves and the Phillies played on Sunday night.  Don't care.  It's not an official season until the Reds play their traditional afternoon game in Cincinatti... that's the first game.

Fortunately, the Cubs will be on the road (Houston) to open the season.  Meanwhile, the White Sox have already postponed their opening day game at Comiskey due to snow.

Doesn't matter, though... baseball is back, and no amount of snow or cold can change that.

(yes, I'm aware that the Cubs duckie is creepy.  ALL Celebriducks are creepy)

1 James Berardinelli agrees with you.

Wonderduck MUST have an Ultraduck! Wiebetech, I salute you! 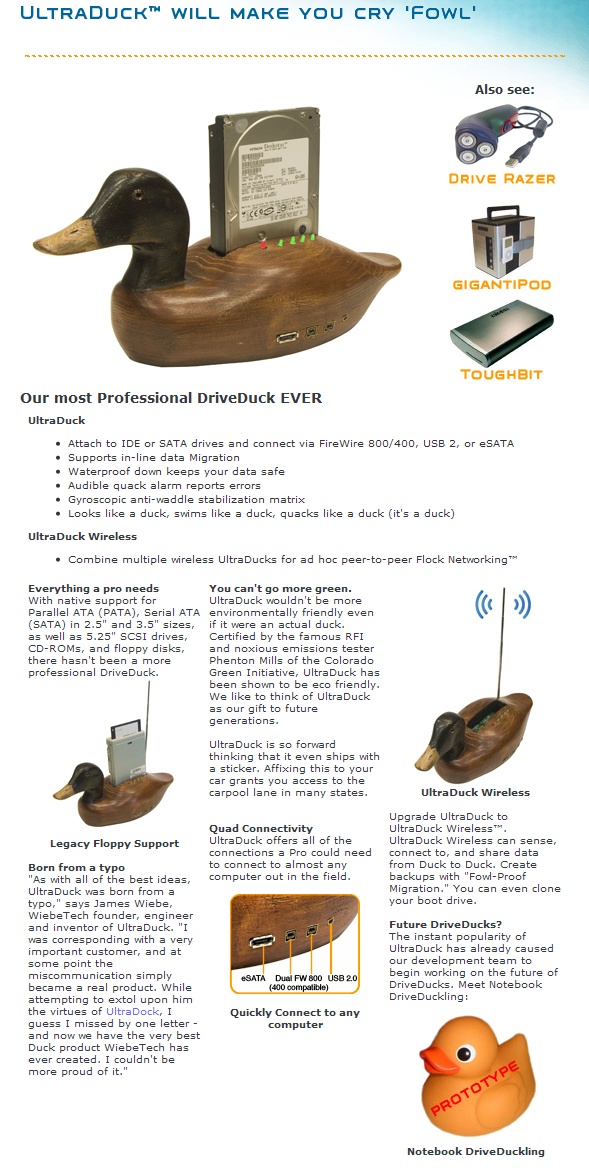 1 I wholeheartedly approve of and endorse this product and/or service.

2 I've seen the "drive docks" popping up lately... but that is pure genius!

3 And you guys thought I was kidding when I said I saw bionic ducks in my backyard. Didn't you?

4 Putting ducks to work, I see. No more lounging in the bathtub drinking slurpees and eating Bonbons. Heehee.