THIS is why the Pirates have sucked for so long... 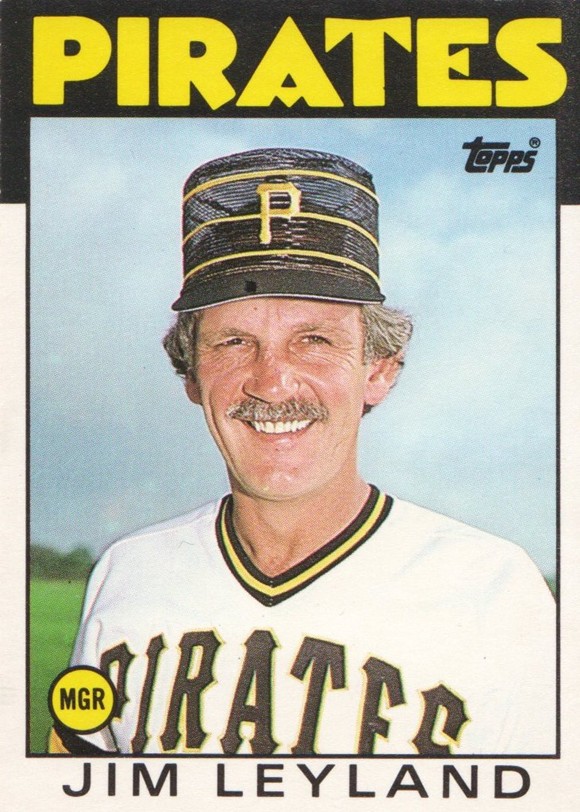 For the love of all that's holy, why?
The Pirates didn't REALLY wear mesh caps in 1986, did they?  And does Leyland's head look a little... odd-shaped under there?

as seen at the Uglybaseballcard blog, a great read for us fans o' baseball.

At this moment, let us spare a moment's sympathy for my mother.  I was a big baby, pushing 10 lbs... and I was over a month late, originally scheduled for St. Patrick's Day.  Thanks, Momzerduck!

So today, I turn 40.  Nobody is more surprised than me.

UPDATE: The candles on my birthday cake...

Boy, blowing that one out is gonna be a tough job.

Give me a three-toed sloth, a tongue depressor, and a hurricane though, and I think I could pull it off.

3 I can understand the sloth and the hurricane, but what's the tongue depressor for?

4 It's for applying the sloth, of course.

7 Whoops!  A belated happy birthday to you!

You're exactly one day younger than my younger brother.  So you're still a spring duckling as far as I'm concerned.

And that, ladies and gentlemen and ducks, is the 2000th comment here at The Pond, according to the little counter down on the right sidebar.

Holy mackerel.  This duck is amazed.  Thanks to Steven for the comment, and to everybody who's taken the time to speak their minds about my lack of one.  Without y'all, The Pond would be nothing more than an empty water-filled hole in the ground with one weird, anime- and F1-obsessed waterfowl talking to himself in it.

Which is a very surreal mental picture, if you think about it...

1 It gets more humorous if you imagine said duck running circuitous clockwise laps along the surface of the pond while making these sounds.

So lemme hear from ya!  Gimme some ideas, 'cause I'm fresh out. 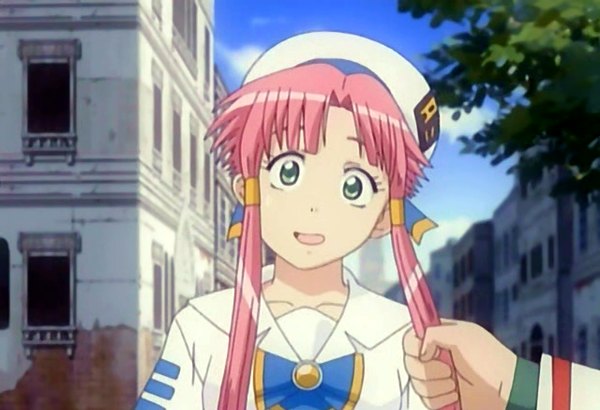 1 If I had ideas for blogging, I'd use them myself.

3 I can make no suggestions, because I've had Sir Mix-a-Lot on repeat in my brain since reading the post from Tuesday.

Chiyo-chan Gets A Facelift. So I wake up this morning, brush my teeth, get a morning beverage, settle in front of Chiyo-chan (my smart and wonderful computer), and hit the power button on the 19" CRT.

Crepe.  Dead monitor.  Well, I DID only pay $99 for it at Big Blue Box four years ago, I think that's decent enough value... but no matter what value I got out of it, it was still dead, and I was still without a working monitor.

Fast-forward to now.  Chiyo-chan is now connected to a 19" HP widescreen LCD... specifically, the w1907. 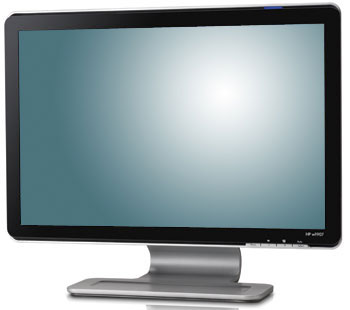 Oh.  My.
I have to play with it some more, get the brightness/contrast levels to my liking (out of the box, it was bright enough to give me a headache), but this thing was a revelation.

Then I hooked it up to the computer via the included DVI cable.

Imagine all your life, you've been driving a miserable 4-cyl Yugo.  Then someone hands you the keys to a McLaren F1 supercar...

I tell ya, Morty, this thing is GOOD.

When I built my new computer last fall, all I had around was the 19" CRT hooked up to my primary surfing/anime machine and the old 14" CRT that came with my very first computer. What I ended up doing was rigging the new PC up in a dual-monitir configuration with the 14" CRT and an ancient console television (I didn't want to pull the 19 off the other machine). That worked ok for a while, but when I got my Christmas bonus, I went out and bought one of these.

I wish I'd waited a couple months, because the model that replaced that one has HDMI connectivity, meaning I could use it for HDTV as well. It's possible to adapt HDMI to DVI-D, but I don't know if the monitor I have can process the HD signal from my cable box. I'd hate to spend the money on an adapter and HDMI cable only to find out it won't work.

2 Will, my final two choices were the HP and the 19" version of your monitor.

In the end, the HP had a slightly better picture to my eyes, so I went with it.  If I hadn't've seen the Samsung and the HP right next to each other, though, I probably would have gone with the Samsung.  It certainly blew the other 19" widescreens on display out of the water.

I'll say this, though: if I had twice as much money to spend, I'd have gotten the same monitor you did (or the newer version of it).  I was really impressed by the Samsung line, and on the whole, their monitors were less expensive than the HPs (mine was $20 more than the 19" Samsung).

Actually, maybe I wouldn't've gotten the same one you did... there's something wrong with having a monitor (24") that's bigger than your TV (23").

I've had a lot of luck with HP monitors. The 14" monitor I mentioned is an HP from 1998. Not many CRTs that size supported 1024x768 resolution at the time. This one did, and it's still bright and sharp (if a little dirty at the moment).

I have a couple old tube TV's in the 27" range, but one is an old console from the late 70's and the other has somehow activated its own V-chip. Now if anything rated over PG comes on, it blocks me. (The original remote did not come with a numerical keypad, and it won't let me key in the factory override PIN from my universal remote for some stupid reason) Neither accepts anything more advanced than RF for input. Getting one hooked up to the computer was an adventure.

It's amazing to think that we've been going into space for 47 years now.  Astronauts, Cosmonauts, Taikonauts, those of other countries, and those of us who have ever dreamed of traveling into the "final frontier", should all raise a toast (vodka and Tang?) to Gagarin, the first of a select few.

But did you know that, during the run of NASA's Space Shuttle program, there have only been 830 crewmembers for all flights (including people who have been on multiple missions)?  A VERY exclusive group, considering the population of our planet.  Fewer than 500 individuals overall have gone into space.  A tiny amount of people from 37 different countries have "slipped the surly bonds of earth and touched the sky."

Now here's the Surprising Fact I mentioned in the title of this post:

Only 734 people* have ever driven in a Formula 1 race.  Fewer than the number of Space Shuttle crew.  Not that much more than the total number of people who have made it into space.


*That number includes individuals who drove in the Indianapolis 500 from 1950-1960, when it was considered part of the GP series.