Sauber Situation, Manor Mayhem While we wait for Practice 1 to air here in the States, I want to touch on a couple of items that might cut the number of running cars this weekend to 16, instead of the scheduled 20. 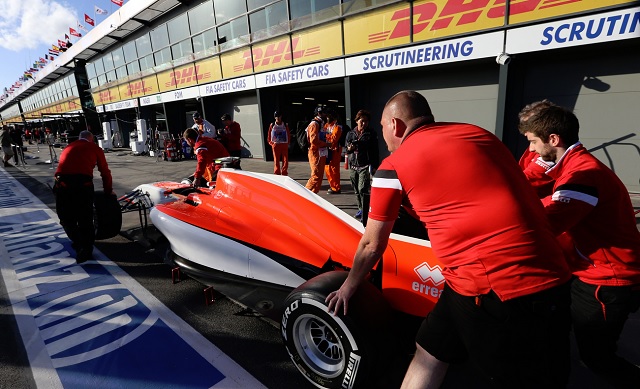 First and easiest to deal with is Manor, the former Marussia.  Their cars are in the paddock and the team is beavering away, but there has reportedly been an operational snag.  As you'll remember, the team went into receivership and their assets prepared for sale.  This past December saw an auction of much of their stuff, but importantly some of their things were withheld despite having been listed.  This included all of their IT layout, something desperately needed to run the car at the track.  Of course, the team didn't know there would be a last-minute reprieve, so they had to prepare their computers for sale, so they scraped everything off the hard drives.  Reportedly, they've had problems getting the reinstalled and/or rewritten code to mesh with the Ferrari engines... meaning the cars won't start.  I did sneak a peek at the Practice 1 results, and neither car set a timed lap.  Unfortunate, but unsurprising. 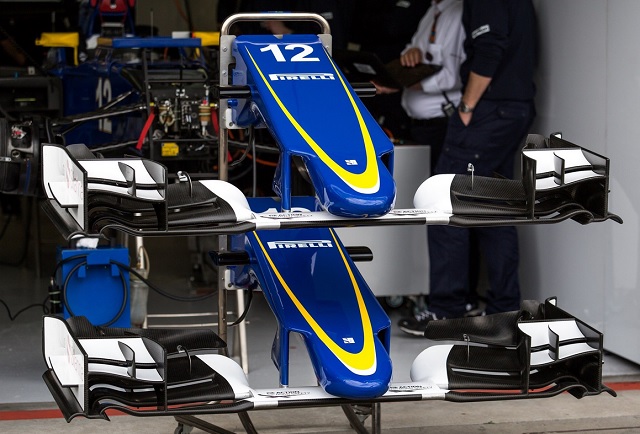 Even more unfortunate is the disaster looming over at Sauber.  We actually first discovered there was a hint of a problem last year when Jennifer Becks, ridiculously cute girlfriend of Adrian Sutil tweeted out during the USGP weekend that it appeared that the team had signed a third driver for the two race seats in 2015.  There's nothing wrong with having three drivers, but one of them is supposed to be declared a reserve.  Time went on, nothing was clarified, and then it was announced that the team had signed a fourth pay driver as well!  Marcus Ericsson and Felipe Nasr were eventually announced as the race-day drivers, and all seemed fine for much of the off-season.  Until former F1 driver and 2014 Sauber test driver Giedo van der Garde stood up and in effect said "hey, I've got a contract with the team for a race seat, what the heck is going on?"

There's no question that Sauber was in desperate financial straits at the end of last season.  Clearly what the heck was going on was that the team signed two drivers that brought more sponsorship money (and/or were willing to pay more for the seat) than van der Garde, simply to stay alive.  Then, quietly, Sutil apparently mentioned that he's got a contract as well.  Van der Garde, however, is pushing the matter, and rightfully so.  He's got a legal contract, after all.  He took the team to court last week... and won.  Of course, the team appealed the ruling saying, in effect, that it'd be dangerous for him to be allowed to drive the car at such a late date... after all, it's been set up for Ericsson and Nasr.

That was, of course, a stupid argument: new drivers step into F1 seats all the time.  The court agreed with van der Garde, ordering the team to allow him to drive and pay his court costs to boot.  The team clearly doesn't want to have him drive, and contempt of court proceedings are actually underway in Australia, with the team ordered to provide a list of assets in the paddock.  In theory, if the team doesn't let him drive, van der Garde could end up owning all of the race assets of Sauber.  Team Principal Monisha Kaltenborn, herself a lawyer, has been summoned by the court, while van der Garde's legal team is calling for her imprisonment.  Reportedly, she hasn't been seen for a while, and one source is claiming there are court bailiffs at the Paddock looking for her.

Not surprisingly, the team did not run in Practice 1, either.

1 That Sauber situation is quite the potential self-inflicted fatal wound, there. Wowza.