F1 United States Practice 1: Liveblogging! (PRE-SESSION) The day has finally come.  In just a short while, we will see actual F1 cars running on Austin's Circuit of the Americas.  Of course, it's all just a run-up to the actual United States Grand Prix on Sunday, but we'll be happy with this right now. 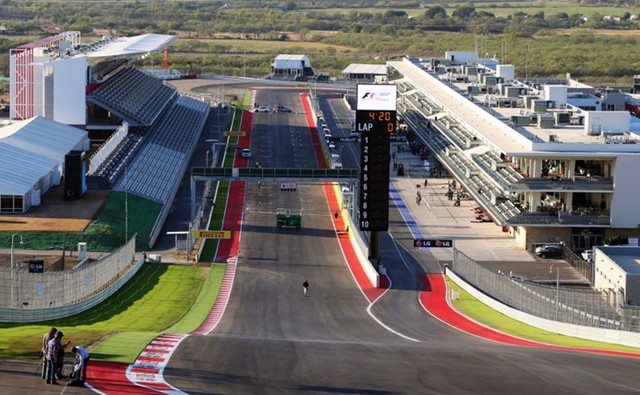 As in the past liveblogging sessions, this session is 90 minutes in length.  I'll be using the time remaining as the time notation:  if you see (1:02:30), that means 27.5 minutes have gone by in the session.  Read from (1:30:00).  Do not taunt kimiraikkonen.  If kimiraikkonen begins to smoke, seek shelter and cover head.  Kimiraikkonen may suddenly accelerate to dangerous speeds.  Accept no substitutes! 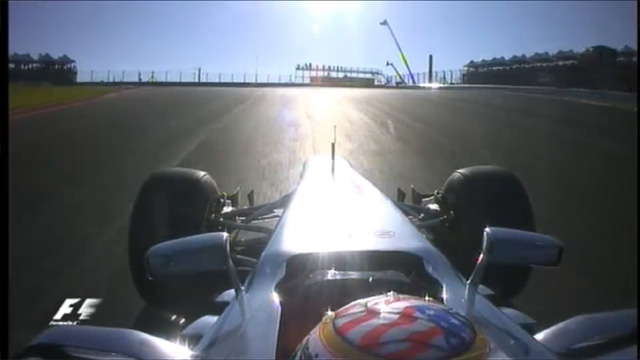 Yeah, kinda like that... haven't quite reached the apex.  Track?  What track?  It just sorta disappears.

(1:12:56)  The track is shining in the morning sunlight, like it just rained or something... weird look.

(1:02:54)  I'm just blown away at how great this track is, at least in practice.  I thought Abu Dhabi was going to be a good place to drive, as opposed to race, that first year, but COTA?  This is going to be an outstanding race track, I think.

(1:00:54)  I do wish SPEED would get their streaming thing working.  It's great to have any onboard, but they were touting FOUR different feeds, and only "Onboard 1" is working.  Reddit confirms. 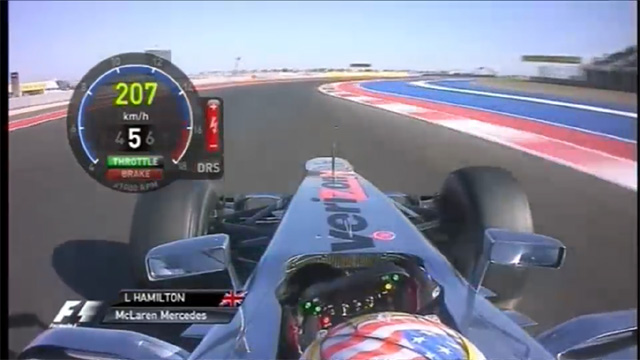 Vodafone gone here in the US, replaced by Verizon on the McLaren cars.

(49:52) Nico Hulkenberg just spun his Force India at the very tip-top of Phil Hill; he started it on the uphill side of the turn, and ended it on the downhill side.  That made me think that it'd be possible to actually loop back into traffic right at the apex.  Scary, that.

(30:34) This is going to be a helluva racetrack.  Faux-8 is getting more and more impressive when I realized that it's all blind corners.  Scary, that!

(15:01) Heikki Kovaleninninnie brings out the first yellow flag in COTA history when he spins at Turn 8.  Looks a little like the cars get a bit light there.

(I dunno) Mr Producer is sticking with Hamilton's onboard over at SPEED.  Shame, I'd love to see some of the others.

(6:44)  Lots of people having problems with Turn 19, which is where Our Man Dan with Sodexo is located.  Maybe he'll bring me back a front wing or something!

(6:00) Wow, I forgot about that!  Now I can't wait for Monday or Tuesday, see what sort of souvenirs he manages to get for me. 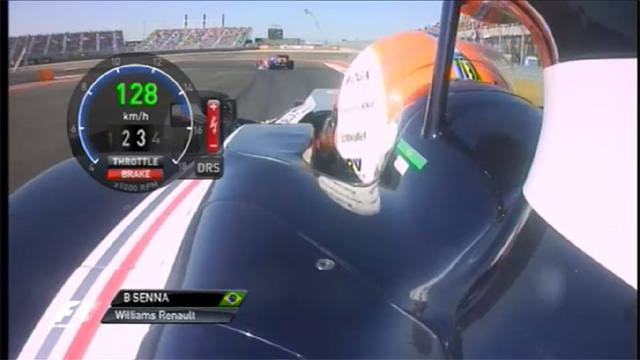 (POST-SESSION)  And that's the end of Free Practice 1.  What sort of impressions have we gotten of the place? 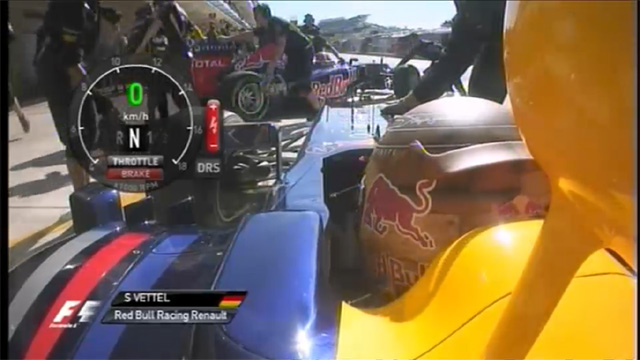 The obvious one is that this is probably the best Tilke circuit ever... probably because he didn't design it, he just built it.  Of course, we can't make any judgements until the race, but wow.  I like it a lot.

I was going to liveblog Practice 2, but instead I'm having lunch with Ph.Duck; I'll watch and do a writeup as soon as I get back.  I do still intend on doing P3 and Quals, though.  See you later this afternoon!!!

1 Gotta admit, that looks pretty neat. And I'm glad you have a race (and track) to be excited about, after some of the doldrums earlier this season.

2 I'm with you WD, I'm getting excited about Sunday too..

3 I wonder how this track would be driving clockwise? Roaring down off that hill and down the pit straight would be a lot of fun.