No huge surprises at the top of the grid.  Paul Ricard is the sort of circuit that rewards high horsepower, and for all its imagined faults, the Merc engine is still the best out there.  It stands to reason that they'd be on pole.

What REALLY makes no sense is the Sauber of Charles AMX-30 making it into Q3, and legitimately outpacing Haas for 8th.  That's quite the accomplishment for a team as down on their luck as Sauber... this AMX-30 kid looks to be quite good, y'know?
There's a decent chance of rain during the race tomorrow... let's hope so, it'll liven up a race that's looking like a snoozer... Paul Ricard is a great test track, but for racing it appears to be missing a certain something.  And it causes headaches, too. 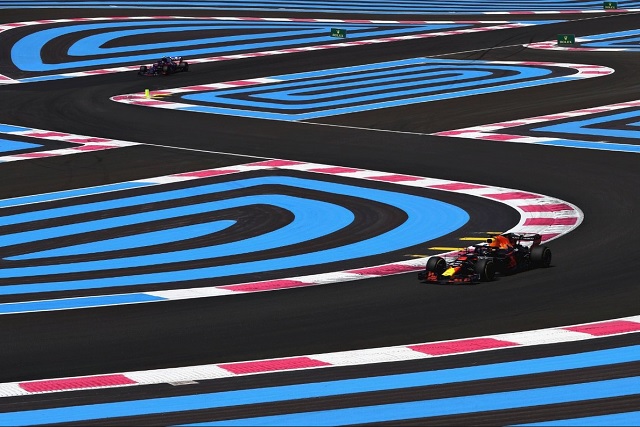 1 Well...you might ask K-Mag if he thinks he was legitimately outpaced, or if he instead thinks that his relatively poor showing can be directly related to another driver's senility...but yeah, Leclerc is definitely impressive!