F1 Practice: Italy 2010 A bright sunny day at Monza brought with it the usual dull practice sessions.  No big surprise there, of course.  The real surprise occurred when I got a good look at the cars.  What do I mean?

Well, consider this.  A few days ago I mentioned that if the teams could get away with having no wings at all at Monza, they'd at least give it a try.  That's because La Pista Magica is such a high-speed circuit that any drag at all is a bad thing.  Rear wings about as thin and flat as a sheet of paper are the norm, like this one on a Toro Rosso today: 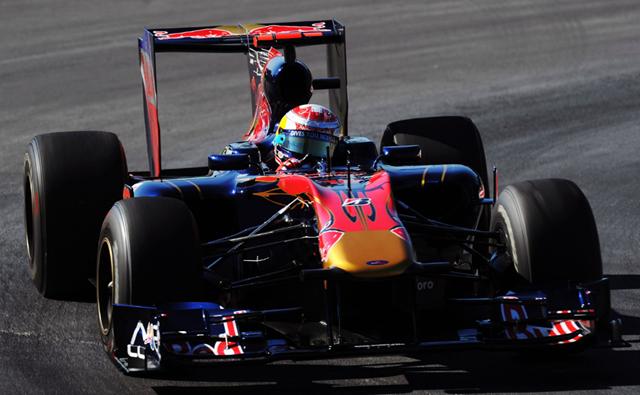 Compare that to the rear wing used at Monaco, about as polar an opposite as can be found in F1:

Pretty substantial difference there.  One's flat as board, the other is a friggin' barn door.  It makes a difference, as Seb Buemi's Toro Rosso was fastest through the speed traps at a codswalloping 214mph.  That'd be considered slow in the Indy Racing League, but they run on big, big ovals.  On a road course, even one as "simple" as Monza, 214 is staggeringly fast.

But then some of the teams threw a monkey wrench into the situation.  Take, for example, the McLaren of Jenson Button in First Practice: 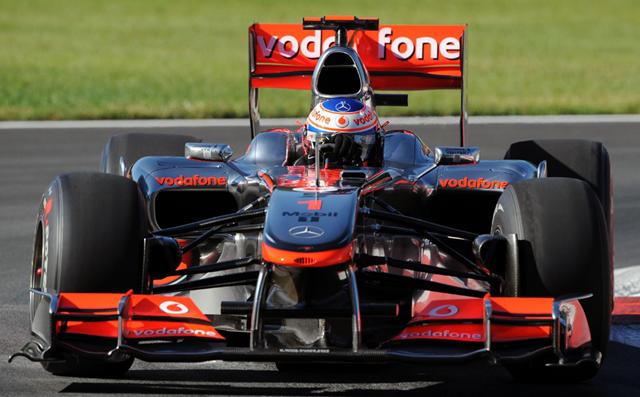 Wait... what?  That's a normal wing!  At Monza?  The hell?  It must've been the slowest thing on the track with all that vertical stuff in the way, right?  Nope, Button was the fastest in P1, and 5th in P2.  It's that darn F-Duct system again, messing with our minds.

Earlier I said that there'd be little point to running the F-Duct at Monza, simply because there's so little wing involved, but it appears that the aerodynamic specialists in F1 are smarter than me.  They realized, where I did not, that stalling the rear wing using the F-Duct serves the same purpose as having a small wing on the straights, while still allowing quite a bit of downforce in the turns.  It's not quite as good as having no wing at all (like the Toro Rosso), at least on the fast bits, but when the car has to change direction it's a huge advantage.

Which explains why Button was 1st and Buemi 11th, even though the Toro Rosso was substantially faster through the speed trap.  McLaren, Renault, Ferrari, Red Bull and even Sauber had the blown rear wing going, while the rest did not... and for the most part, it showed on the time sheets.

Quals tomorrow, but my coverage will be in the early evening, as the Duck U. football team takes to the gridiron for the first home game of the season and I've got to be at the store.  See you then!