F1 on TV: Canada 2014 The next stop on the European leg of the Formula 1 calendar is... Montreal?  It must be the whole French-Canadian thing, I suppose.  Mon dieu, those European people are odd.  Still, if they're going to claim a Canadian racecourse for their own, this is the one to choose.  Let's take a look at the map for the Circuit Gilles Villeneuve, on the Ile Notre-Dame, in the St Lawrence River, Montreal, Quebec, Canada. 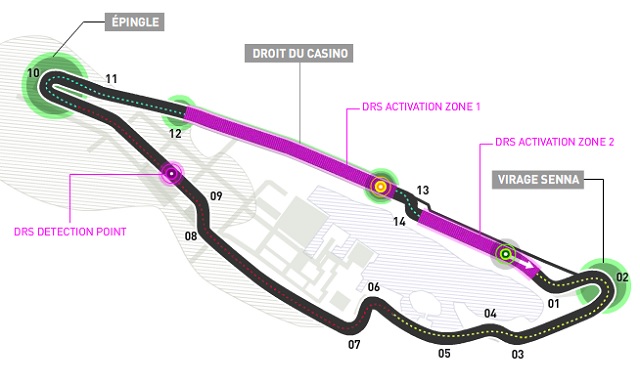 It's the anti-Monaco, all fast straights with heavy braking for sharp turns.  It's a fun track, one that's given us such classic moments as the pavement coming up in chunks, the Montreal Marmot Massacre, the 2011 four-hour extravaganza, and the Robert Kubica wreck, still the worst accident I've seen in F1.  We've also seen a lot of great races here, and maybe we'll get one this year.

I'm not holding my breath.  F1 is really the same as the past few years now, just with silver cars instead of purple-blue.  Except that, say, last year, I could imagine someone beating the Red Bulls.  Still, our friends in the Legendary Announce Team will be doing their level best to make it an interesting broadcast, so lets take a look at when they'll be doing their thing!

So gather up your Tim Horton's, pour a Labatt's, load up a plate with poutine, and then realize that Canadian cuisine is awful.  Then watch the race!  See ya then!

2 One of the few cases in F1 history where the drivers had to contend with roadkill.

3 Check it out here, Mauser.

Interesting the slight changes to the track diagram with the DRS stuff.

Alas, a video was lost to copyright complaints.