Merely Terrible Upgrades To Tragedy Perhaps you remember the story of Maria De Villota, the Marussia test driver who last year was in a hideous accident?  The team was doing straight-line testing, going up and down a runway, with her behind the wheel.  When she brought the car in for servicing, it jerked forward and ran into the back of the team's transporter... which had its liftgate lowered.  The results were sub-optimal. 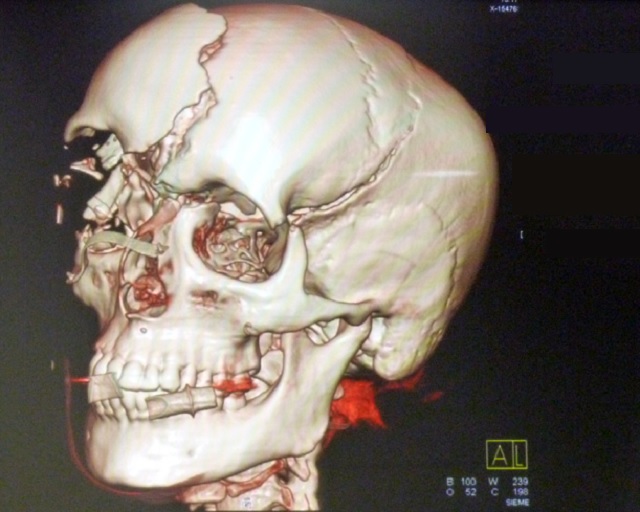 De Villota's skull wasn't so much broken as it was shattered like an egg dropped from the top of a tall building.  Thanks to the amazing skill of her surgeons, she not only survived the experience, but came off pretty well, all things considered.  To be sure, she was not unscathed: she lost her right eye, her sense of taste and smell, and suffered from severe headaches.  That's pretty good, if you ask me, when the alternative is... well, just look at that picture.  Over the past year, De Villota had more or less completely recovered from the accident.  She was married this past July, had been involved with the FIA in both auto safety and a women in motorsports council, and was even thinking about racing again. 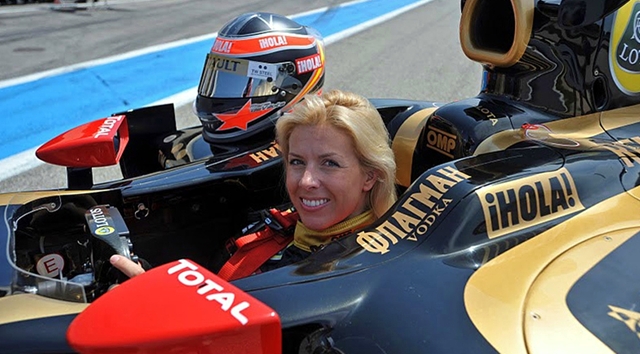 Maria De Villota was found dead in her hotel room in Seville, Spain, this morning.  Authorities are saying that foul play was not expected, and her death was from "natural causes." Or, at least, natural for someone who had undergone the sort of accident she'd been in.  Her death came one year to the day that she held her first press conference after the accident.

She was in Seville to speak about her new book, Life Is A Gift, on Monday.

The thoughts and prayers of the entire F1Update! crew go out to her family and friends.  She was 33 years old.

1 I had not heard of (or perhaps remembered) Ms De Villota but the death of one so young cannot help but diminish me.  Godspeed, young lady, may you race on the Creator's finest courses.

2 I hope it wasn't suicide.

3 The BBC is saying that the family has been told that her death was due to "neurological damage suffered in the 2012 accident," so probably not.

Though I had the exact same thought.