The Unsung Hero Of F1 The last fatality in Formula 1 was Ayrton Senna in 1994.  That tragedy spurred the switch to safety features in F1, like the HANS device, the slower tracks, larger run-off areas, better helmets, improved cockpit security, better wheel tethers, and on and on.

One of the men who pushed these changes through wasn't a driver, but he took the green flag for every race from 1978 to 2004.  His name was Professor Sid Watkins, and he was the official Formula 1 Safety and Medical delegate, head of the F1 on-track medical team and first responder in the case of an accident, and a world-renowned  neurosurgeon.

It was at Watkins' insistence that every F1 race has a medical car, a medevac helicopter, and full emergency medical services at the track, just in case of the worst.  Drivers such as Rubens Barrichello, Mika Hakkinen, Gerhardt Berger and others owe their lives to his direct action, and every driver who's in a wreck that looks unsurvivable (Mark Webber's flip, for example) can give him a tip of the helmet for helping keep them alive.  While he retired from his race post in 2004, he became the president of the FIA Institute for Motor Sport Safety, a group that has done more to keep racers alive than probably any other. 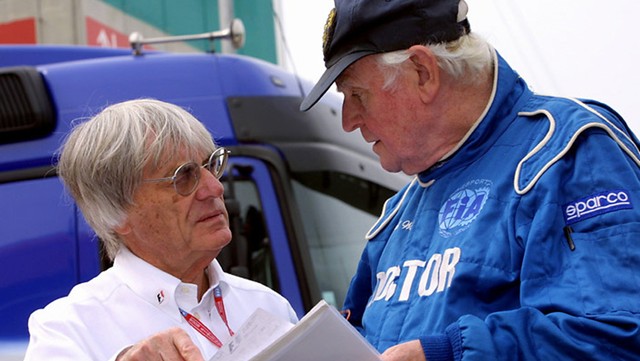 Professor Sid Watkins passed away today.  He was 84.  His job was to keep F1 drivers alive, and he was very, very good at his job.

(Update: a good article about his career is here.)