Cubswatch 2016: Reflection
I'm your friend, listen to me. They're going to break your heart. You know they are!
-Steven Den Beste

Now that it's been a few days since the Chicago Cubs won the 2016 World Series, I can look back and talk about the whole thing with something like restraint.  Before now, just thinking "the Cubs won the World Series" would make me break out in a huge grin and a case of the giggles.  My boss, who is also a big Cubs fan, played Eddie Vetter's love song to the Cubs, Someday We'll Go All The Way, over the intercom and it was everything I could do to not cry again.

Truth be told, it still makes me tear up.  Anyway... where was I?  Oh, right, the Cubs won the World Series, their first in 108 years.  Did you see the movie Bull Durham?  Do you remember Baseball Annie's opening monologue?  Specifically the part where she says "...there are 108 beads in a Catholic rosary and 108 stitches in a baseball"?  Almost enough to make you believe in things like curses and stuff like that.  Which I don't.  Never have.  It's never been about the Goat, or Bartman, or stuff like that.  It's been about lousy team management that cared more about making money than winning ballgames.  Once a real owner came on board, he hired the best people to rebuild the team from ground zero.

And they did.  They based their team of the future around a core of hitters in the minors like Kris Bryant, Kyle Schwarber, Willson Contreras, Jorge Soler, Addison Russell, and Javier Baez, sprinkled in some veterans like David Ross, Ben Zobrist, Anthony Rizzo, and Dexter Fowler, and then went out and obtained a pitching staff.  Not one of the Cubs starters came up through the organization... and it worked.  Obviously.  The Chicago Cubs won the World Series! 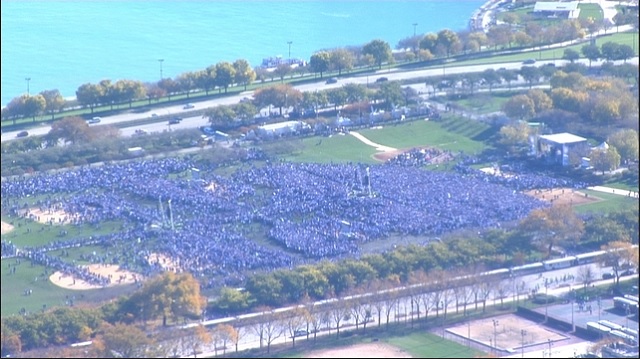 The victory parade and rally on Friday saw an estimated five million fans gather along the parade route and in Grant Park.  If that number is accurate, and it's anybody's guess if it is, it is the seventh-largest peaceful gathering of people worldwide in history.  It's the largest gathering in American history.  But to get to that point, the Cubs had to win a Game 7 against the Indians, a game that went to extra innings after they blew a 6-3 lead.  A rain delay gave the team a chance to recover their wits and score twice in the top of the 10th.  And when MVP-in-waiting Kris Bryant fielded a grounder with a smile on his face and threw it over to Anthony Rizzo at first, the Cubs had finally won one for not only themselves, but for their fans.

I'll freely admit to showing more emotion after they beat the Dodgers to earn a trip to the World Series.  After this game, I was exhausted... the way the game whipsawed back and forth was emotionally draining.  The final out was as much relief as triumph.  On paper, there was very little way the Indians could hang with the Cubs, particularly after losing two of their starting pitchers... but the playoffs usually aren't about the best team, but the hottest.  The Indians had been very hot indeed, taking three of the first four games in the series, but the depth of the Cubs showed.  One could argue that the Cubs got hot, but it really was more a case of the better team winning.  Make no mistake, the Cubs were the better team.  In fact, they had been the best team in baseball all season long.  It was only during a stretch in July when they played something like 28 games in 28 days just before the All-Star Break that they didn't have the best record in baseball, relinquishing it to the Texas Rangers for a week or so.  Beyond that, they were a massive steamroller.  Some people have suggested that this triumph changes the Cubs... that they've now lost their identity as the "lovable losers", the butt of all jokes, the "wait 'til next year" that never comes.  Maybe so. 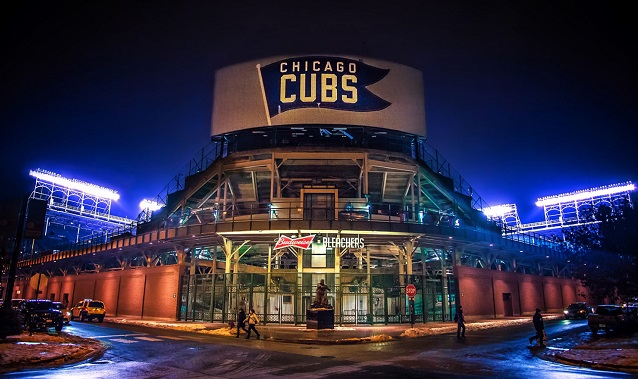 I'm okay with that.  I haven't been happy like this since 2009.  Because 40+ years of fandom have finally been rewarded.  The Cubs have won the World Series.

The Cubs have won the World Series.

The Cubs have won the World Series.