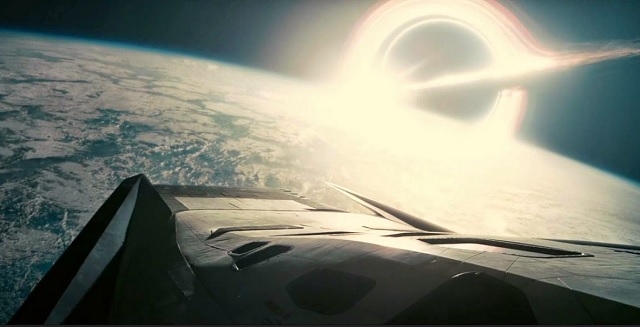 I will never look at dust the same way again.


I didn't intend to watch the entirety of Interstellar tonight.  I was gonna watch it for a bit while I had dinner.  Three hours later it came to an end... and I realized that I desperately needed to use the bathroom, and had for quite some time.  I just didn't notice.  The movie was that good.

Now then.  That was, maybe, the best movie I've seen since The Godfather.  It wasn't until the... um... let's call it "the library scene" towards the end... that it started to falter in my opinion.  Everything up to that point was superb... sublime... nearly perfect.  I say "nearly" because I don't think they did as good a job as they could have with the effects of time dilation on the water planet: I didn't believe the guy in orbit was much older than when they went down.  Even with "the long naps" he took, I didn't buy his lack of aging.  That's a minor quibble only, however.

The casting was great.  Matthew McConaughey is a surprise in his role as Cooper... I've never seen him in a serious film, and his performance was outstanding.  Anne Hathaway might have been the only weak spot in the casting... her chops weren't good enough for the role, to the point I never honestly believed she was supposed to be a brilliant scientist.  Mackenzie Foy, who played Murphy as a child, was perfect.  Seriously, she might have been the best actor in the film.  If she wasn't, then the great Bill Irwin was... which would be quite the coup, since we never actually see him.  He was the person controlling the movements of the two robots, TARS and CASE, y'see (he also provided the voice of TARS). 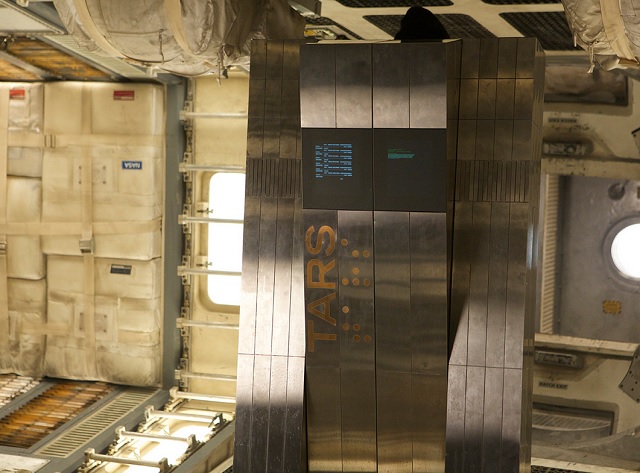 There was nothing about the film that didn't feel right.  I believed the Endeavor was designed for long-term flight.  I believed the wormhole.  Gargantua was easy to believe.  I'm not entirely sure I'm okay with the water planet... the entire planet is covered with a foot of so of water?... but considering where it's located, the huge waves made perfect sense.  Assuming, of course, that there's some places that are much, much deeper, of course.  The design of TARS and CASE was a revelation... I don't know that it's any better or worse than some non-anthropomorphic robots we've seen, but it was sure as hell clever.

As I mentioned before, the bit in "the library" got a little too Star Child-y for my tastes, particularly considering the way the rest of the film had gone up until then, but I can live with it.  I'm okay with the ending, though... well.

Enough of my little quibbles.  If you read The Pond, Interstellar is a film you MUST watch.  It's just that damn good. 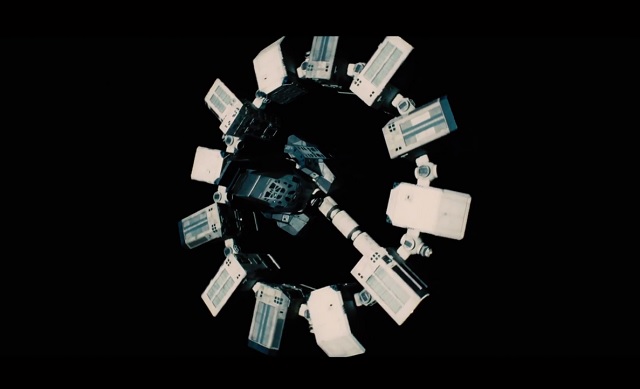 1 James Berardinelli gave the movie four stars, and he really doesn't do that very often. (There have been years in which he didn't give four stars to any film.)

2 Hmm. I've avoided this one because the science is pretty damned broken, which is likely to yank me out of the film in a hurry.

Maybe I'll give it a whirl. *shrug*

There's very little in the film that wasn't heavily resourced, scientifically.  Yes, the science advisor on the film had to write a separate book to cover it all, but it's there.  If you can accept wormholes, that is... if that doesn't work for you, then yes, it's broken.

Other than that, the biggest scientific complaint I've seen about it is that the ice is too strong.

4 I just noticed this--missed it watching the movie--is that _Braille_ on TARS?  If so, that's pretty dumb:  it's paint, so you can't read it by touch, and it's far too big to run your thumb over.  So, well played, model team. Someone could make an argument about how it's for the other robots to recognize/ID each other but that doesn't make sense either, because there's better ways to do that, and even if you wanted the Braille, it would probably make more sense to run it horizontally across the top or something. But notice what I'm complaining about, and it's not the science.  I did like what happened to Dr. Mann, though.

5 RickC, I just checked and yes, those are indeed the braille patterns for "TARS".  I hesitate to call it braille for the reasons you mention, though!

6 The robots were a clever design, just not a particularly useful one. More style than utilitarian. And why have such a powerful self-destruct built in to them? But I do agree with the starchild comparison. But that seems such a common problem that a friend of mine refers to it as when an anime gets "All Glowy" and in the last episode or two all hijinks are replaced with some metaphysical/spiritual sermon and the deus ex machina sets everything right.

7 I'm glad you enjoyed it.  I loved the pretty visuals but couldn't stand the rest of it, pretty much for the same reasons Scott Lowther laid out here.