Spudboys Has A Sad Everybody had a first "favorite band."  The position of favorite band changes as ones musical tastes evolve... it's just the way of things.  Long before Joe Jackson or ABC, years before Bryan Ferry or the Gear Daddies, decades before the Foo Fighters or Nine Inch Nails or Caravan Palace or Daft Punk or Dire Straits or the Clash, there was the band that wore flowerpots on their heads.

DEVO was certainly my first favorite band.  They looked weird, they sounded weird, and they didn't give a crepe about not being cool... which, to a hyperintelligent duck trapped in a world he never made, was awfully great.  Time marched on, and I started to actually listen to DEVO's music, and realized it was deeper than it first appeared... and while they became something of a synthband, in the early days they were very guitar-centric. 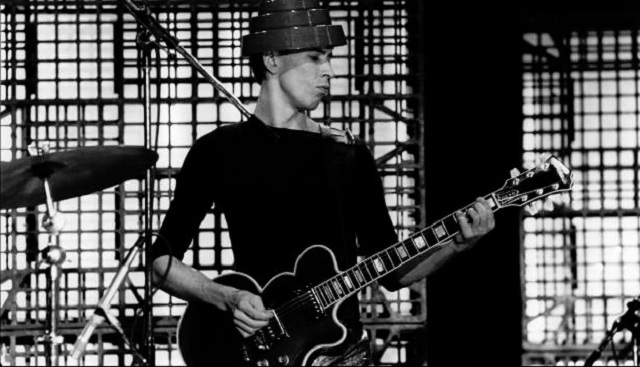 Bob "Bob2" Casale had a lot to do with that, what with actually being able to play and all.  His style was hardly smooth... in fact, it's very nearly the definition of what punk guitar should be... but he could sound herky-jerky while still being technically skilled.  It's weird to call DEVO "punk", but it's hard to call Q: Are We Not Men? A: We Are Devo! or Duty Now For The Future anything but.  After that, they became New Wave, synthpop, legendary, then simply themselves in a way that few other bands can ever claim.  Along the way, Bob2 wound up as a skilled engineer and music producer.

Bob Casale passed away today at the age of 61.  It seems very strange that members of my first favorite band are passing away.  It's a beautiful world we live in, I suppose, but it seems less so now.

1 And you know, I always wanted to do an AMV to "Pink Pussycat" using footage from Bagi.

They're still one of my favorites.

2 Like a lot of future fans, my first exposure to DEVO was on Saturday Night Live. I couldn't figure out if they were part of the show or for real. The more I listened the better I liked them.

As a teenager/early twentysomething, the Satisfaction video was my favorite. Spaz Attack was awesome and the cute chick in the back of the car proved to me that even ugly rockers got the chicks.

It took awhile for me to realize that us ugly bass players were generally exempt.

3 It also helped being on the fringe of the whole Sub-genius thing.