Adventures In Chemical Consumption It's been made perfectly clear to me that my current state of employment is liable to change in the not-too-distant future if my output is not increased significantly.  As I have tried everything else I could think of, I made the decision to release the final set of restraints and move into less savory spaces.  So, I purchased a bottle of Pepsi. 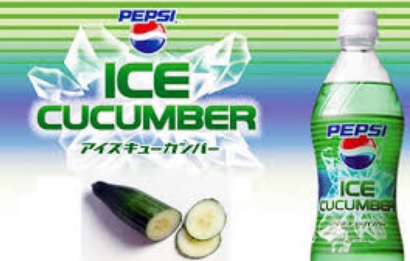 Most of you are looking at that sentence and are wondering what the big deal is.  Some very few, however, knows what this means and are terrified.  To clear the matter up: some 11 years ago now I had The Cardiac Incident.  While I came through that more or less okay, my doctor told me to cut three things out of my life immediately: alcohol, tobacco, and caffeine.  The booze was the easiest, that went away almost before he was done talking..  The smokes took six years and a botched tooth extraction to go away.  Caffeine took about a year of (accidentally) walking myself down... I quite dark colas altogether, intending to cold-turkey.  I was drinking an orange soda instead, and it turned out it had the stimulant in it as well.  Nowhere near as much, but it was there.  When I switched soda brands after that, I barely noticed the lack of caffeine in my life... except for the whole "feeling dumber" thing, but let's not get into that.  In any case, it's essentially been 10 years since I had caffeine in any way that wasn't "incidental."  There's caffeine in chocolate, for example.  Not much, and for me, not enough to even notice, but that's what I mean by incidental.  But think of that: 10 years clean. 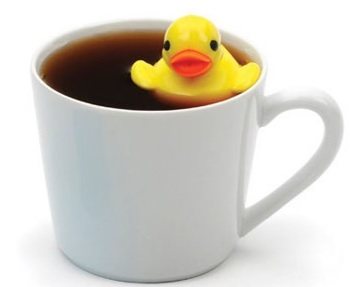 If you're thinking my head would explode, rest assured I started with small sips only.  After an hour, I had only had about 1/3rd of the bottle.  Not long after, I began to notice some things.  One, I was breathing a little faster, and my heart was bipping along faster than normal as well.  My ears felt warm.  But I wasn't tired and I was working at a good clip.  Success!  Until early afternoon came around, and I'd killed off half the bottle.  Now, my stomach hurt, there was a buzzing in my head, and my hands seemed a might unstable.  There was a headache, too, but my hip was feelin' a might achy on top of it all.  Fortunately a friend gave me some Excedrin... Migraine Strength.  Which has caffeine in it. 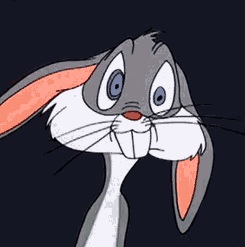 The headache went away, the hip pain eased somewhat, but my knot in my stomach was such that all the sailors in the world would have given up on it.  Indeed, Alexander would have gazed upon it in approval while reaching for his sword.  Much to my surprise, around 330pm the neighbor to my left, who hasn't been in all week, arrived. She was obviously quite ill, and came in as late as possible to avoid getting people sick... most of our row clears out at 330pm, for example.  Anyway, as she unloaded her cough medicine, and her antibiotics, and her water, and the two fresh lemons, she also pulled out a brand-new bag of pretzel rods.  After downing four of those, things settled down a bit.

So what did I learn from all this?  Well, for starters, I have no idea how I drank that stuff back then... it doesn't taste anything at all like I remember.  While there was, I think, a small boost in production, the physiological reaction goes a long way toward negating that... or, to put it more plainly, "is feeling like crap worth it?"  I submit the answer to be "ugggggggh."

I'm finishing this post at 3am, after taking very long nap... at least I didn't have to worry about being awake all night!

1 I look back on the days at the post office counter when I was knocking back 2-liter bottles of Barqs every day, and I cringe in horror...

2 I don't drink much coke (cola, soda, pop, etc...); or rather, it would be more accurate to say I don't regularly drink it.  But I drink *a lot* of coffee every day.  If I don't drink coffee in the morning, I notice by early afternoon.  If I drink decaf, I notice.  I am definitely less alert without coffee.  Cokes, on the other hand, make me fill sick if I try to drink them all day.

3 Oh man, I have a serious caffeine problem. When I was young I had really, really bad ADHD. I was prescribed the standard solution at the time, Ritalin, starting in fourth grade. As I got older, the dosage started increasing, until as a sophmore in highschool I was taking 128mg of mixed stimulants each morning. Obviously, this wasn't exactly sustainable. So I did a bio-feedback training program that helped re-train my brain to be less ADHD. It worked. Wonderfully. Its been years now and I'm mostly ADHD free. I'll never be totally free of it, but it doesn't impact my daily life much anymore.
What does this have to do with caffeine? Well, people with ADHD react to stimulants differently than normal people. In general, stimulants make us able to focus, removing the fidgetiness and lack of attention that is so characteristic of ADHD. But we don't get the other physiological effects of caffeine, at least I don't. Also, at least for me, it doesn't wake me up that much. Anyway, when I discovered as a junior in highschool that I could still get all the good of caffeine, without the bad, I built myself a energy drink habit that I carry to this day. Its not as bad anymore, no where near, but I still will drink energy drinks at absolutely oddball times, for no particular reason, because it feels like there's no downside.

4 The empty stomach I presume, might have had something to do with it. But there isn't THAT much Caffeine in a Coke, as compared to a Rockstar or similar energy drink. but there IS a lot of sugar. I have never really adapted to my early morning shift, so I have one in the morning at the start of work. It doesn't stop my urge to close my eyes, but it makes it easier to open them again.

Continued employment at this time is an important thing. You could also try caffeine pills. They're pretty strong though, 200 mg. (For reference, a can of Coke is something like 35.)

5 You say there's not that much caffeine in a thing of soda, but when you haven't had any in 10 years... agh.

6 I used to measure my daily Pepsi consumption in gallons, and when I was working at the university, it took two cans of Mello Yello to get me from the front door to my office. Jokes about LD-50 were common.

The one time I took No-Doz in college? I was up for three days and my roommates wanted to kill me.

7 I used to knock back a few cans/bottles of cola drinks a day.  Now,  a few  years into an attempt to cut back on other forms of processed sugar for various health reasons,  about all I can take is a swallow or two.  A  whole 12-ounce bottle at one sitting brings a queasy unease  to my stomach... and, later, makes my intestinal flora behave with a motility and aggression more suggestive of intestinal fauna.

Ounce for ounce, the caffeine content is only about a fourth to a fifth that of regular ol' black coffee (though I'm sure it hits you hard after ten years completely without).  The sugar content, though, is a real pancreas spanker: 39 grams in the typical 12-ounce container (and of course it's easy and tempting to have the equivalent of several of those a day...)

Lots of fun stuff along those line at, say, the Caffeine Informer website.