Holy crepe.  The Cubs eliminate their arch-rivals, their most hated foe, the St Louis Cardinals.  This was a Cardinals team that had the best pitching in the NL, and the Cubs just hit homer after homer off them.  This one by Kyle "Schwar-machine" Schwarber actually got stuck on top of the video board in right, probably the longest homer I've seen at Wrigley.  Outside of the park, Wrigleyville is going nuts.  Inside the park?

Hell, I'M going nuts.  This is the first time in Cubs history that they've clinched a post-season series at home.

Next up is either the Dodgers or the Mets in the NLCS, beginning Saturday.  Holy crepe!  It's happening!!!

UPDATE: Y'know that home run that ended up on top of the video board?  The Cubs have decided to create a tribute, much the way the Red Sox have "The Red Seat" or there's a tribute to Harmon Killebrew's 500+ foot blast at old Metropolitan Stadium in Minneapolis.  Here's what they're doing: 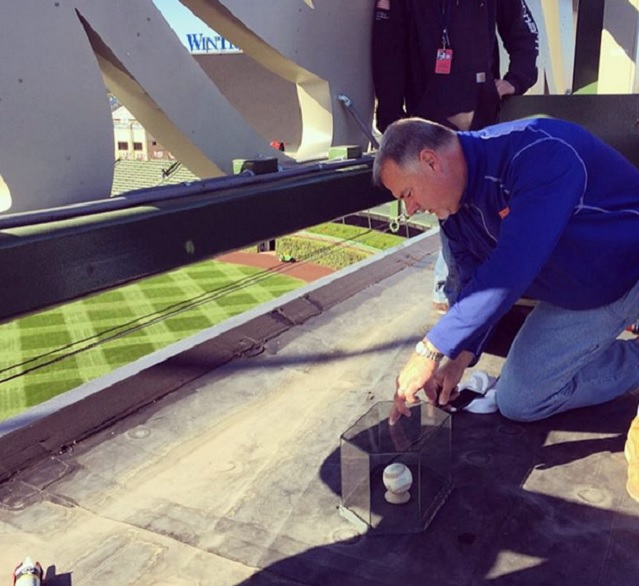 That's right, they're leaving the ball in situ under plexiglass.  I am amused.