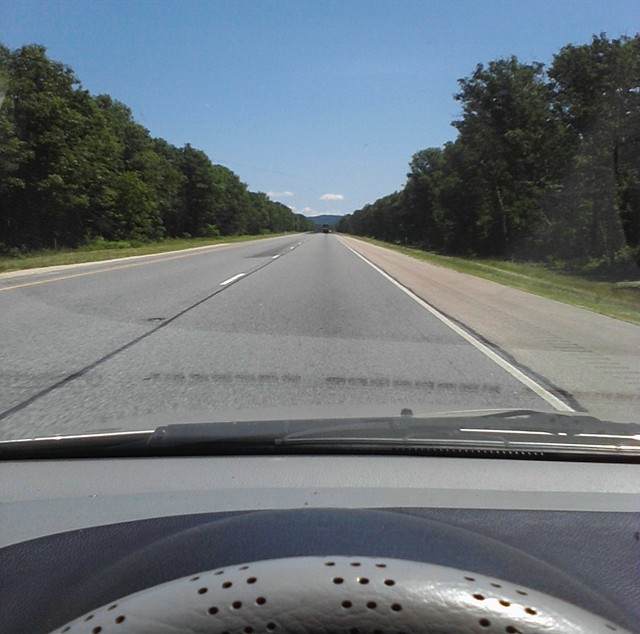 Lots and lots of this, actually.  411.7 miles round-trip, 205.3 up, 206.4 back, and no, I don't know what the difference was.  Direction: north.  Destination: La Crosse, WI.  The occasion: annual Regional Manager's Meeting, getting all 20 of the managers in our geographic and financial territory (i.e., we're all in the same general place, and we all do roughly the same amount of sales more or less) together to go over the business strategies for the coming year.  Then there was a cookout in a park a couple of miles from the hotel, and the real reason for the meeting became apparent: networking! 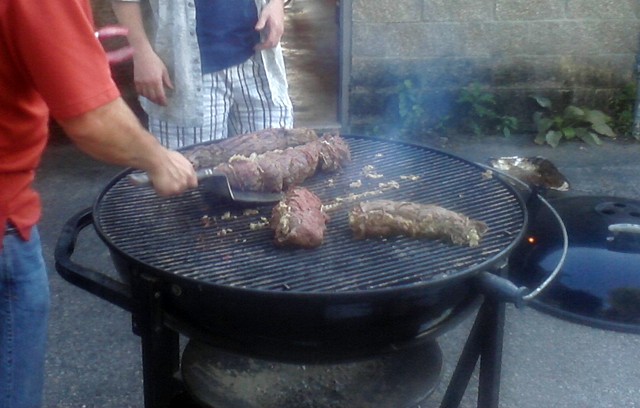 And by "networking", I mean "eating grilled meats."  Also "eating tasty potatoes," "eating killer Oreo Cheesecake," and "eating too much food in general."  For many of us, it also meant talking sports, imbibing adult beverages, and the sort of stuff you do when you're at a cookout with people you know... and please note, I was the rookie of the group.  Everybody else had been to at least one of these meetings before (and in the case of about half of us, 10 or more) so everybody knew everybody else... not me, though.  I did my best to mingle, chat, etc etc etc., but out of the corner of my eye I noticed something perched at the far end of the park.  Something big.  Something REALLY big. 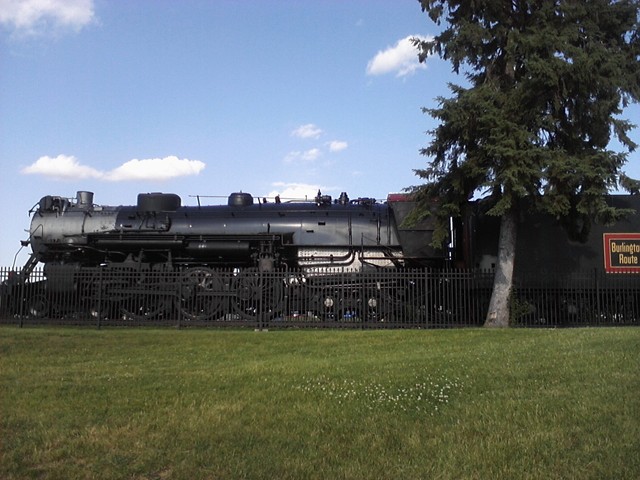 A bit of research turned up that the 4-8-4 on display had a rather unique history.  Originally built as a standard Hudson-class loco, she was brought back into the Burlington shops in 1937 and fitted with a chrome streamlined shroud.  Named Aeolus, she was to partner with the legendary Burlington Zephyr, taking over the route when the Zephyr needed maintenance.  Of course, nobody actually called her "Aeolus."  Instead, she was nicknamed "Big Alice The Goon", after a character from the Popeye comic strip.  The shroud was taken by the war effort, and eventually she ended up in La Crosse, WI, cosmetically restored for me to drool over.

Alas, all good things had to end, and we returned to the hotel, and another round of meetings early in the morning... but I took advantage of the Wednesday morning sun to get a picture of Wanderduck with the hotel's mascot: 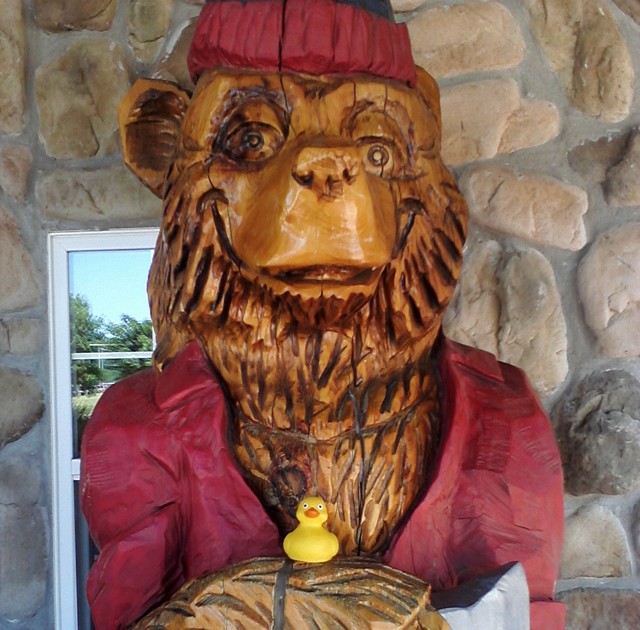 That afternoon as I drove back to Duckford, I passed a sign advertising a convenience store at the next exit that epitomized Wisconsin perfectly.  The place had "Diesel, Cheese, Liquor, Bait."  That about sums it up, right there.

So that's where I was Tuesday and most of Wednesday.  And now you know.