Well, Sure, Why Not? There are two things that I know that most of my readers will like: ukulele music or hawt anime chix0rz.  "But Wonderduck," I hear you cry, "why ukuleles?"  Why, indeed?  Well, sez I, it's my blog and this is what I want to post tonight.
Kaiser Chiefs and the Ukulele Orchestra of Great Britain"Ruby"
And if that wasn't enough?  Hawt anime chix0r: 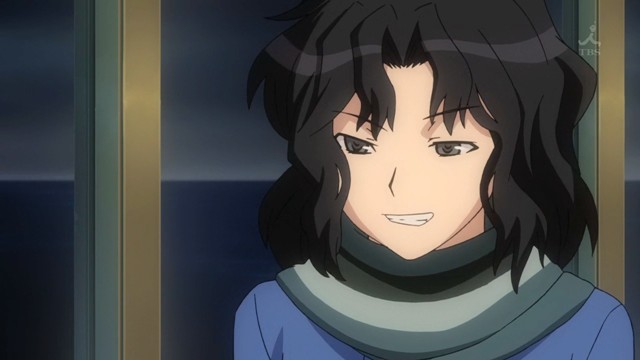 UPDATE: Because I realized that this band is horribly unrepresented here at The Pond, allow me to introduce you to a group that you've never heard of.  Lady and Gentlemen, for your listening entertainment, Moxy Fruvous:
King of Spain
So there.  Ha.

(I meant to write it that way.)

On that last one, what is the real song they're using? They wrote their own lyrics, but the song itself is familiar and it's driving me nuts.

A capella groups, when they're good, are really a pleasure. These guys are quite enjoyable. They remind me of Rockapella.

3 Steven, as far as I know the guys in Moxy write their own stuff.  If they lifted the melody of KoS from someplace, I don't know about it.

Moxy is a strange little band.  They aren't an acapella group at all, though they do fantastic acapella (their cover of the Bee Gee's Gotta Get A Message To You is simply amazing); they're not a rock band, though they can rock with the best of them (Splatter Splatter, for example); if anything I'd call them a folk group, but that's hardly broad enough for their repertoire.

Unfortunately, I never got to see them live.  The Librarian introduced me to Moxy just as they were releasing their last album and breaking up.  Fortunately, I discovered a whole raft of band-approved live concert recordings that were put up at the Internet Archive.  Those got me through the Ga-Rei Zero series of posts...

5 I did some searching. It appears to be a song the lyrics of which began "I want to be the king of Spain".