Two (Er... THREE!) More Texan Pics Since I find myself at a loss for things to expound about, I figured I'd throw up another couple of pictures from my trip to Courtesy Aircraft.  Like this one: 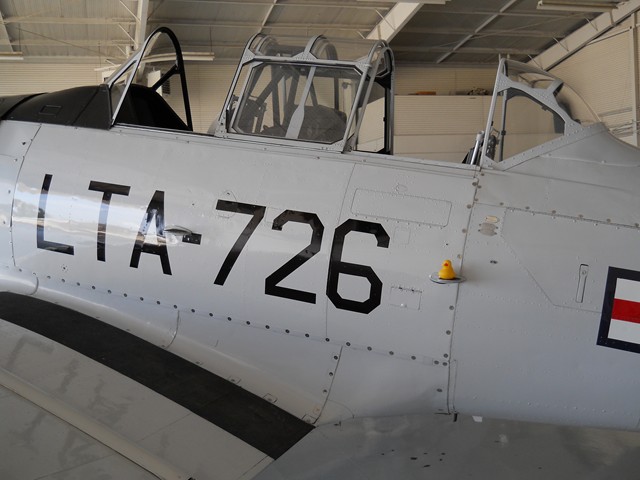 It's almost like the manufacturers knew that, one day, someone would come along and want a place to put a rubber duck on the side of their plane.  Oh sure, they may say it's for entering or exiting the cockpit, but I think we know better... 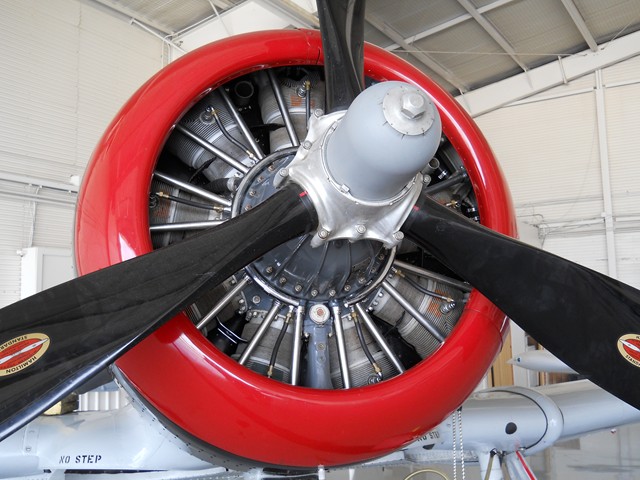 Another picture of radial sculpture.  I have to admit though... I'm somewhat confused about why there's a penny wired into the engine: 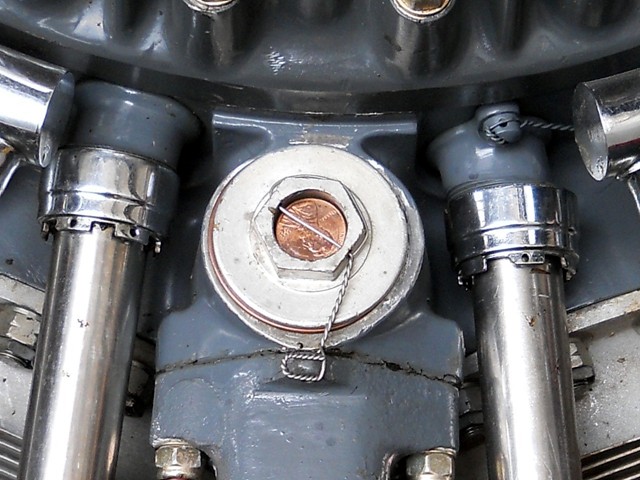 I'm sure it's not a coincidence that the hole in the nut is exactly the right size for a penny.  It's also not just a one-off, since the engine on the other Texan had the same arrangement.  I just can't, for the life of me, figure out why it's there.  Not that I'm an engine mechanic or anything, because I'm not.  Ah well, perhaps we'll never find out.  Lends an air of mystery to the whole thing.

1 Haha.. found this on Google about the penny.

2 I had a lot time in both the AC130 & AC47 while in the USAF, hearing any of the big piston Pratts & Wrights could shake your fillings lose on run-up.

3 The rubber duck is a nice touch