Tech Wonks, I Need An Opinion! I'm seriously thinking about doing something I once swore I would never do: purchase a laptop. 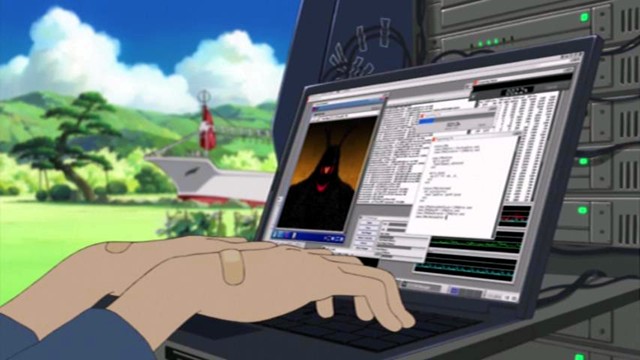 They cost too much for the hardware you get.  If you get one that actually has some horsepower behind it, it weighs a metric farkton.  They'll never play a game as well as a desktop.  BUT, and this is an important "but", they're portable.  When you're going to be traveling, that's important... and I'm going to be traveling.  Next week, I'm attending a five-day-long training session at the home office of the company that runs the Duck U Bookstore.  It'd be nice to have access to a computer I trust. 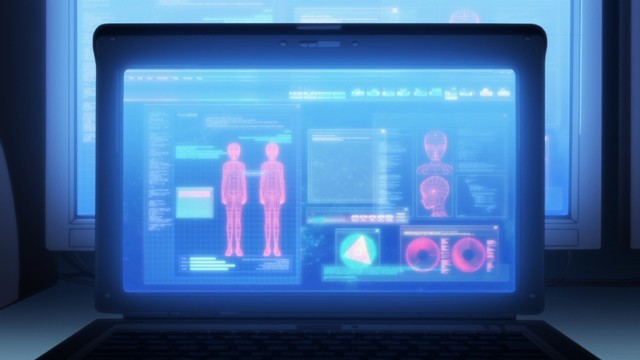 This is where y'all come in.  After doing some research, I've found a laptop that fits the pricepoint I'm looking at (~$400), without being neutered by lack of throw-weight.   Here's the link to it.  I know it's not going to be a desktop replacement, but I don't want a desktop replacement.  I'd like a supplement to my desktop.  To be honest, it'll probably be more powerful than good ol' Chiyo-chan... after all, she's a six year old, dual-processor system.

But, and this is the thing, I know nothing about laptops anymore.  Sure, nine years ago when I worked for CowPuters, I could tell you the ins-and-outs of them, but not now.  So help me out here.  If the linked laptop isn't good, show me another!  One catch: I want to be able to lay hands on it before I buy... which means it has to be at BigBlueBox (use zipcode 61108; that's not Pond Central's, but it's close enough) or HH Gregg (I know, not a lot of choices out here in Duckford).  Oh, and nothing a Disciple of Jobs would own.

And thank you for your help!

1 I noticed a couple of things about this. One, laptops are extremely personal (like anime - no two tastes are alike), and two, size is the main characteristic that customizes them. I use a 14" and I think about stepping down, because my first laptop was a 12" model and it worked great. 15.6" seems impossibly enormous to me, and larger ones are usually heavier. But this is personal, as I said.

A related personal thing is that I would not stand for a 1366x768 -- especially at such enormous size!

With personal things aside, I would not go for a 4GB unit. Even 6GB might be a bit tight (it is for Ana-sempai, for example, because of translation support software she runs for work). Unfortunately, memory is a noticeable fraction of the system cost.

The cheapest available system with 6GB appears to be a Dell Inspiron. I had a pretty good experience with Dells of this kind (and not so good with Vostro, where I had to swap the drive). BTW, website says "Order today, pick up at: ROCKFORD IL - – Pick up in 5 to 7 days". May not be a stocking item.

Asus may be a good candidate. Unfortunately, it often comes with "hidden" or "flush" mouse buttons. Ana-sempai bought one of those while she was away from my wisdom in California, and curses it to high heaven. She had no idea what it's going to be. I would stay away of those, but then again, I'm sure some people are fans of such arrangement.

2 Looks decent, if not the fastest thing out there.  The nice thing about the AMD A-series APUs is the built-in graphics chip is far better than what you'd get on an Intel chip--although the Intel chips are faster on regular stuff.

3 I'm in a similar spot.  I'm looking to add a Laptop to my arsenal, and all the benchmarks I used to use to compare computers don't seem to apply any more.  They don't even seem to talk about how many cores are in the CPU.  And it's like they don't even talk about processor speed any more.

4 That display resolution seems to be the way things are going for PC-type laptops; my HP EliteBook has that same funky thing going on. Blame the prevalence of HD-ratio desktop screens nowadays.

Many good points are made, above, but at your price point... this is probably about as good as you're going to get, if I'm honest. Everything that would make it a better machine (something lighter, something with more RAM, something with a gigabit NIC, something with USB 3) would also set you back at least $100 extra bucks. And, honestly, my EliteBook only has 4GB RAM as well and since I don't multitask heavily with it, I barely notice. (I will upgrade the RAM some day, but I'm not in a huge hurry.) Mind you, I'm sporting an i7 under the hood, which makes up for a lot of shortcomings. *wry grin*

6 Pretty decent for the price.  The AMD chips are well-balanced; if you're sticking with integrated graphics they're a better choice than Intel.

You can pick up an extra 4GB of memory for $20 if you need it, so that's not something to worry about.

USB 3 is really nice if you use external disks a lot, but if not, you won't miss it.

7 Well--in 2008 I bought a Dell Inspiron for about $600.  It came with a dual-core Intel processor running at 2 GHz, and it can still do everything I want it to do.

...it even plays World of Warcraft acceptably, though admittedly all the graphics sliders have to be on "low".  If my four-year-old laptop can do that, I'd wager this machine will do everything you need it to do just fine.

I'm only hinky about the brand.  HP used to make good stuff; but since they were acquired by Compaq I don't trust 'em farther than I could pee a Greyhound AmeriCruiser.  But most of that is personal preference, anyway.

8 Quite nice for the price; but I echo the sentiment that it would certainly be worth your time to buy a 4GB RAM upgrade.  I could not find out whether this laptop comes with 2x2GB or 1x4GB RAM, so adding 4GB would give you either 6GB or 8GB.  Either way is nice.  The four it comes with will get the job done, though.

9 My luck with RAM upgrades was a mixed bag. It may be easy for Pixy, who swims in motherboards 2 days a week, but I suspect may be challenging for someone who only upgrades once in 3 years. I have to say that Taiwanese et.al made enormous strides in making compatible SODIMMs and marking them appropriately. But even so finding something that is guaranteed to work may be challenging. Big laptop OEMs sure not make it easy.

10 With mass-produced laptops I haven't had a problem with memory upgrades.  I buy low-end HP/Compaq, Dell, Gateway, Acer and Toshiba laptops from Wal*Mart for my two teenagers and swap the biggest combination of memory chips from old laptops into newer ones (cheap laptop used by teenagers usually only last 1-2 years before the usb and power jacks become physically broken).  I have to go back to five-year-old laptops before I run into incompatible memory.  Most cheap laptops use older-spec chips, anyway.

11 If you're going to upgrade the memory, Crucial.com is the only place to go.  Their memory works, guaranteed, and it's not much of a price premium over other places.