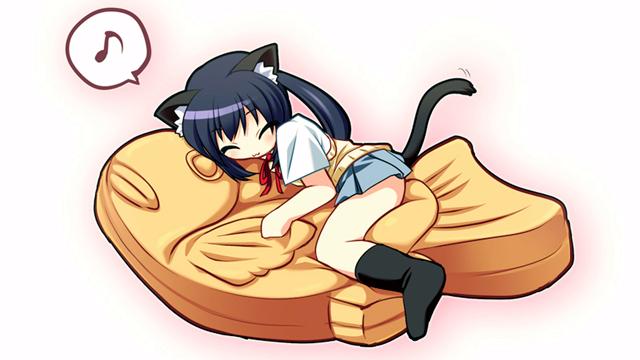 Once more, this time with feeling, it's Saturday Night Tunage with your host, DJ Wonderduck.  I wasn't sure I was going to do the Tunage this week, but whilst at work on Friday the instore music system managed to blow my mind... forcing me to inflict the pain share the joy with you!  I'm sure you'll appreciate the "stacks and stacks of red hot wax" I'll be layin' down for your enjoyment, so lets get started!

From what I can gather, this was the first time The Buggles had played their classic with the entire lineup of the original recording since that original session.  I had no idea that Trevor Horn was the vocalist... yes, that Trevor Horn.  The guy's resume of bands he's produced is amazing: Yes, The Art of Noise, ABC, Frankie Goes To Hollywood, The Pet Shop Boys, Grace Jones, Seal, Lisa Stansfield, tAtU, Tina Turner... and, of course, The Buggles.

The Ramones - Do You Remember Rock 'n' Roll Radio?

I suspect this is the longest song the Ramones ever did.  It's certainly the most heavily produced of their recordings, courtesy of the great (but deeply deeply strange) Phil Spector.  It was the band's second single, and probably the first exposure I ever had to them.  In some ways, I don't disagree with the song's central tenet: "We need change and we need it fast / before rock's just part of the past / 'cause lately it all sounds the same to me."  But then, the song was recorded in 1980 and rock music is still around 30+ years later, so...

First a song about how pop radio is dying, and then a song about how rock music is dying.  Wow, do I detect a theme forming in this week's Saturday Night Tunage?  Can't have that, now can we?

When I was in my Industrial phase, I was listening to a lot of Ministry, Nine Inch Nails, KMFDM, that sort of stuff.  One of my cow-orkers at (big blue box store) told me to listen to this song, and it blew me away.  Raw, powerful... turns out that I hate the band and their music for the most part, but I do love this tune.  I recovered a bit of respect for Killing Joke when they sued Nirvana for stealing the opening riff of "Eighties" for their song "Come As You Are," a lawsuit that was dropped when Cobain killed himself.

Some nine years ago, I was working part-time at a local news/talk radio station as a board-op/show producer.  One of my reoccurring shifts was the Sunday 5am - 1pm religious/public affairs block which included, amongst other things, a Christian Mass in Swedish, the Baptist Preacher who was later arrested for beating up his girlfriend, and the Two Gospel Ladies (some great music on that show).  As you could imagine, getting up that early on a Sunday morning was not easy, and I usually sleepwalked through the first few hours.  It was all made worse by the recorded show that came on as I left, the Celtic Music hour.  Like any diligent radio person, I listened to the the station as I drove home, just to make sure everything was working correctly... and for the most part, I hate celtic music.  One Sunday afternoon when I was particularly exhausted, I dragged myself out to the DuckMobile and started home.  Turned on the car radio, just in time to hear this song start.  If you haven't heard it before, there's only one way to describe this recording: heavy metal bagpipes.
Chicago - 25 or 6 to 4 (1986 version)

The year was 1986 and my radio career had just begun a few months earlier.  Chicago had just released their 18th album, but their first without Peter Cetera on lead vocals, and they were just about to open a world tour... in Chicago, of course.  They wanted to do a pre-tour warm-up concert though, and they contacted the radio station I worked at to see if we wanted to "host" it.  Oh heck yes we did!  I had free tickets, a hot date on my arm, we got to meet the band backstage before the concert started, had a grand old time.  The concert opened with this song, and it rocked the MetroCentre like very few had rocked it before.  Now it's true that nobody actually likes this version of the classic song, I don't think, but I do.  A lot more funkier, it is... and that's always a good thing.

JJ's been my favorite musical artist for decades, and this is one of my favorite songs by him.  Of course, the original just has him singing, but this live performance from 1991's "Laughter and Lust" tour lends a completely different sound to it, thanks to Mindy Jostyn's addition.  I have a copy of it on video cassette, but no longer have a working VCR... oops.

Derude vs Robert Miles - Children of the Sandstorm

This is the tune that came on the Duck U Bookstore's instore music system on Friday that broke my tiny little mind.  I couldn't believe it!  It made me happy no doubt, but it was so incredibly out of place (the song that followed it was by Jason Mraz, for example) that I just stopped and stared at the speaker above my head for a minute.  And hey, it gives me a chance to put Anamorphic Production's "Delerium" (sic) up on my blog, how cool is that?  I exchanged a series of e-mails with the person behind the video some years back, wondering just how the flashy bits were created... she told me it was all done on a single video track, frame by frame.  Which explains why it took six months to make, I suppose.  Alas, youtube quality doesn't do the viddy any favors... I'd kill to see it redone, maybe at 50fps.
Fatboy Slim - Weapon of Choice

There is a growing school of thought that this might be, perhaps the greatest music video of all time.  I believe there is only one that is better... the stickfigure version of this one!  I have a personal connection to this vid, though a tenuous one.  Christopher Walken has been married to his wife, Georgianne, since 1969.  Momzerduck and Georgianne were best friends while they were in grade school together in Chicago.  So my mother was best friends with the wife of Chistopher Walken.  Small world, this.

Okay, off with yourself.  See ya round, don't be a stranger!

"Weapon Of Choice" is one of those odd little things that might never have come to exist if anyone at an early stage of things had looked at the concept and said, "Wait, you want to do WHAT?" On paper it sounds idiotic, and yet.

2 Derude vs Robert Miles - Children of the Sandstorm

I've been trying to find out what that was that for years!