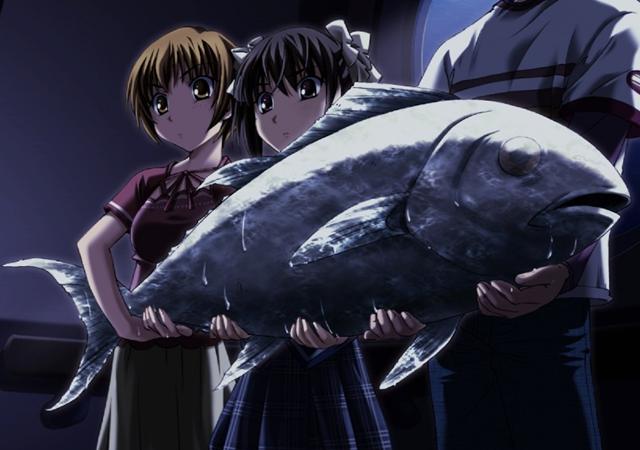 You've waited all week, and now it's finally here!  DJ Wonderduck is back with the third installment of Saturday Night Tunage, music to either get you in the mood for whatever event you have planned on this first full day of the weekend, or to provide you with a soundtrack for the evening!

But enough of me jabbering away, let's get on with the tunage!  Maestro, if you please...?
Daft Punk - Derezzed

I have watched the movie Tron many times.  I know Tron.  And you, Tron Legacy, you are no Tron.  You couldn't even carry Tron's Bits.  You've got a helluva kickin' soundtrack though, thanks to two Frenchmen.

The KLF - Last Train To Transcentral

Also known as the Justified Ancients of Mu Mu, The JAMs and The Timelords (which is how I first discovered them), bands like Daft Punk owe a huge portion of their successes to The KLF.  They brought House and Electronic music to the world in a more... palatable form.  They didn't get any radio love, but MTV played the heck out of their "Stadium House Trilogy" of songs (which included 3AM Eternal and What Time Is Love).  Since in 1991, MTV was bigger than radio, that was better.  Hard to believe now, isn't it?

Electronic - Getting Away With It

Take one member of New Order, the ex-guitarist from The Smiths, the vocalist from Pet Shop Boys, and the drummer and strings composer from ABC's Lexicon of Love album, and you get yourself a supergroup called Electronic.  I stumbled upon their first album when I was a wee duckling in grad school, pretty much completely at random.  I was probably in Musicland, which was the only music store in that little town, and it likely was on the in-store music system.  I've found some great stuff that way... even moreso when I was in the music department at (Big Blue Box Store).

Over 20 years ago this came out.  I remember listening to its parent album, Doubt, while pulling a late, late night at the Performing Arts building at Duck U.  Hang a boombox from the beams in Madducks theatre, and rock out with killer acoustics, y'know?  Heck, I still have the cassette sitting around Pond Central somewhere.  Know what?  Just listen to the music... if the song came out today, I bet it'd be a hit again.

The Clash - Train In Vain

The Only Band That Matters.  That was actually a promo thingy that their record label here in the US stuck on them, but in some ways it's awfully hard to argue with... at the time.  I mean, the Billboard Top 100 in 1980, the year this track was released, was still home to Captain & Tennille, Rupert Holmes, KC & The Sunshine Band and Christopher Cross... all of whom had #1 hits.  Things were getting better, though... Queen, Pink Floyd and Blondie also had #1s that year.  Alas, The Clash only made it to #23 with this, my favorite of their songs.

Chieco Kawabe - Be Your Girl

Those of you who have seen Elfen Lied either have a huge grin on your face, or have just fallen outta your chair.  It still amazes me that something so relentlessly poppy and chipper could have been the ED for one of the grimmest series I've ever seen.
AMV - The Cyrus Virus
Yeah, that about covers it.

Okay, on your way, everybody!  Enjoy the rest of your Saturday night!

1 Your fixation on tuna-related matters lately is a bit odd, and out-of-character.  One might almost say there's something fishy going on...

2 Well, most of the time around here it's toon-age, no?

3 Very nice lineup this week, sir! I love the Tron Legacy soundtrack, particularly "Derezzed" (the remix is fantastic). As a die-hard PSB fan I had to pick up Electronic when it came out (and was slightly disappointed that Neil Tennant is only on a couple of tracks); they also released a single for a movie, I think it may have been Cool World, called "Disappointed." And Elfen Lied... hoo boy. Not my cuppa, normally, but I slogged through it and agree that it's a great series... that I never really want to watch again.

3AM Eternal, at least, was all over the radio in that hippest of hip places, North Dakota.

So that KLF album was the first CD I ever purchased. Not the first album, though... I was a cassette-tape-and-boom-box era pre-teen. I don't recall what my first tape purchase was.  (They say the memory is the 2nd thing to go...)

Some Sunday afternoon tunage, perhaps? Travel, by The Gathering.

I did the RealAudio-pirate-radio-DJ thing for a few years, back when that sample in the opening of Travel meant something. So it's hard not to drop song links in discussions like this...

5 GD, Disappointed was Electronic's biggest hit (6th on the UK charts), as well as being on the Cool World soundtrack.  That being said, I don't like it nearly as much as Getting Away With It.

Mikeski, now that I've listened to your linked tune, I feel like staring at my shoes in despair.