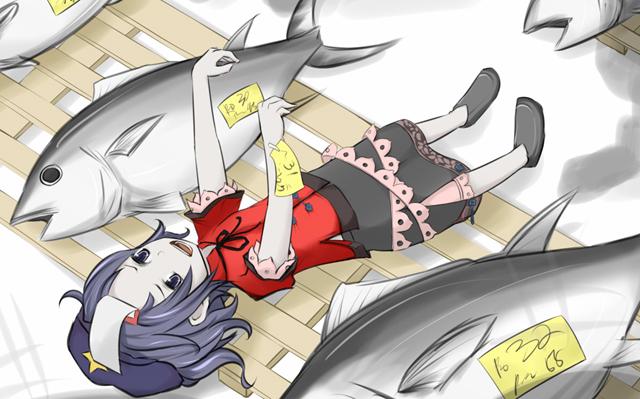 As the motivation to write anything in-depth and interesting seems to have departed my body as of right now, I've decided to do another Saturday Night Tunage post!  Come, be amazed at my myriad musical tastes!


Ray Charles - What'd I Say?
For some six years, I worked as a board op/on-air "talent" at a local oldies radio station.  Though a devoted fan of '80s music, I surely appreciated the classics... amongst them, the flat-out cool stylings of Mr Ray Charles.  Here's his first true crossover hit, which was supposedly improvised at a concert when he still had some time left.  Can you imagine any of the so-called musicians of today managing such a feat?
Dire Straits - Private Investigations

Imagine this... the year is 1989.  A young Wonderduck is a junior at Duck U, and he has a problem.  He's taking a creative writing class, and he has a short story due the next day.  The problem comes from the fact that he's got nothing to write about.  Outside the window in front of him, a thunderstorm is blowing in.  The typewriter before him sits mockingly.  His cassette deck auto-reverses the mix tape he'd been listening to... and this song, from the album "Love Over Gold," begins playing.  By the time the first few lines have been spoken, Wonderduck sits up in his chair... and begins typing.  A few hours later, the first eight pages of a noir crime story have been written.  He'd later go on to add another 80 pages to the story before he wrote himself into a corner he couldn't get out of, but the professor was impressed enough to give our young hero an "A" for the class... and a promise of three more credits if he could finish the thing.  Never did, but it was fun trying.  All due to this song.
Foo Fighters - Best Of You

There was once a time when I didn't much like the Foos.  This AMV, which was chosen Video of the Year for 2005 over at The Org, made me reconsider that dislike.  Now I'm a fan.  The end.

One of the reasons that Joe Jackson is my favorite solo artist is the way he's not afraid to experiment with his music.  After his first two, he changes styles with every album.  Salsa, classical, new wave-punk... swing was the theme of his album "Jumpin' Jive," and it's probably my favorite of his... which is saying something.  Of course, that constantly variable style is probably why he hasn't had an US hit since 1982's "Stepping Out" or 1983's "Breaking Us In Two."  Like Orson Welles or Robert Heinlein, Joe Jackson's worst work is better than 95% of the crap that's out there.

Nothing clever to say here, just a fine song from a better, more simpler age.

Over at TotalFark earlier today, there was a discussion thread for your favorite cover songs.  I rattled off Anthrax's cover of the Joe Jackson song "I'm The Man," Bryan Ferry doing the Rolling Stone's "Sympathy For The Devil," the Cowboy Junkies cover of "Sweet Jane" by Lou Reed, and 1000 Homo DJs (ie Ministry+NIN) doing Black Sabbath's "Supernaut."  But I completely forgot about this one.  Would you believe it was #1 on the Billboard Charts (back when that meant something) in 1986?  Keytars rule, man...

You either love Suzanne Vega or you don't.  She's best known for "Tom's Diner" and "Luka," both of which put her in the "quirky granola songstress" category... but in 1992, she came out with this song which is about as far from those other two as it's possible to be.  Of course, it did absolutely nothing here in the US.  Go figure.

The Clash vs Bakemonogatari - Casbah Circulation

Last week, I had a link to this song under the "Black and Yellow Sketch" viddy, but after having listened to it (repeatedly) over the past few days, I decided I needed to put it up here on it's own.  The downloadable version doesn't have the weird glitchy sounds on it by the way.

1 So, have any anime theme songs or sound tracks tickled your fancy?

2 Nothing recent, Siergen, other than Magia.  The Angel Beats soundtracks are great fun, though.  For example, three different versions of "Crow Song", all of them good in their own ways.

4 I have to agree; that picture is really creepy. I'll be glad when you make another couple of posts.

5 A dead girl laid out as the "catch of the day"?  After his mind was broken by reviewing Rio, I suppose this sort of thing was inevitable...

6 Not dead, she's got one of those spirit-sealing Tao scroll thingies on her forehead.  Don't recognise her though.

7 Doesn't that spirit sealing thing mean she is dead but has been reanimated pending developments in medical technology or plot?

9 What I've found is that she's a minor character from the Touhou franchise named Miyako Yoshika.  No less a person than TheBigN himself posted the original picture to Danbooru, so perhaps he can shed some light on the subject... let me see what I can do to summon hisownbadself...

She's a severely disabled girl (dead actually) who is trying to hold down a security job despite her handicap.


So, as we feared, Wonderduck has posted a picture of a dead girl being sold at the fish and long pork outlet.

So you just have to look at it the other way.  It's not a dead girl amongst dead fish to be used as food, it's actually zombie fish and a zombie girl being sold as bodyguards.

I think the fish will require some frickin' laser beams on their frickin' heads to be any good at the job, though.

12 On the comments for that picture on danbooru, one person actually notes that one of the Yoshika's nicknames as attributed by some fans is "Maguro-chan", which references bed habits apparently.

13 What is it with Touhou and Chinese girls as ineffective security guards?

At any rate, thanks for the music - I was stuck at work on Saturday night and it helped a lot.

So, as we feared, Wonderduck has posted a picture of a dead girl being sold at the fish and long pork outlet.

Wonderduck's mental condition is worse than I feared.  Quick, someone recommend a decent anime series to him, before it's too late!

It's funny: I was, at best, indifferent to the Foos before that AMV. (Fully deserving of its win, I hasten to add.) Now I'm... slightly more than lukewarm to them. I picked up "Echoes Silence Really Long Album Title Guys" and like a few tracks off of there, but I'll probably never be a huge fan. I can respect 'em a lot more, though.